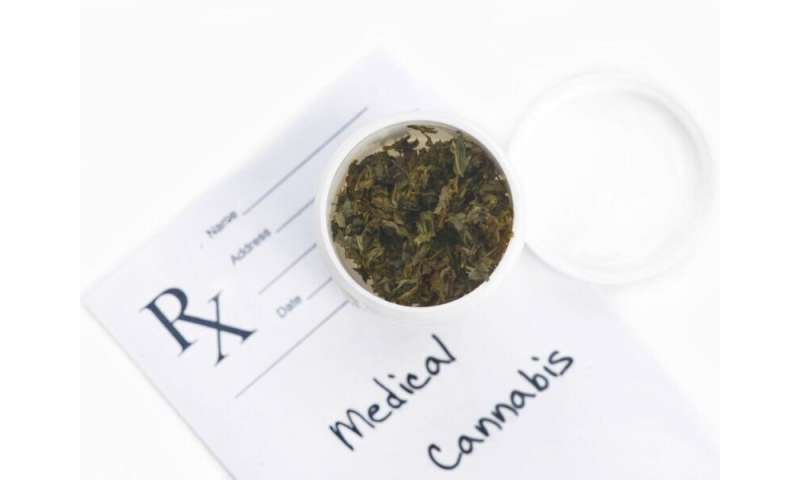 (HealthDay)—Some proponents of medical marijuana have claimed that its use against pain might help curb the ongoing crisis of opioid abuse.

But a new study refutes that notion, finding that state laws legalizing medical marijuana have had little impact on the issue.

For the study, the researchers analyzed data from the National Survey on Drug Use and Health from 2004 to 2014. They looked at potential connections between individual prescription opioid use and opioid addiction and living in a state where medical marijuana is legal. The survey included about 70,000 people, aged 12 and older.

The study was published online July 17 in JAMA Network Open.

“The hypothesis generated from these studies is that after medical marijuana law enactment, health care professionals would be more likely to prescribe medical marijuana instead of opioid medications, and this in turn would reduce the chance of individuals to misuse prescription opioids and develop consequences,” explained study senior author Dr. Silvia Martins, an associate professor of epidemiology.

However, “we tested this relationship and found no evidence that the passage of medical marijuana laws—even in states with dispensaries—was associated with a decrease in individual opioid use of prescription opioids for nonmedical purposes,” she added.

So, relying on moves such as the legalization of medical marijuana to curb opioid use may simply not be enough, Martins said. Instead, outreach targeted specifically at opioid users, “such as prescription drug-monitoring programs and laws on prescribing practices—are needed,” she believes.

The Columbia findings mirror those from a study published June 10 in the Proceedings of the National Academy of Sciences, which was led by Chelsea Shover, a postdoctoral researcher at Stanford University.