In 2021, Kade Gottlieb, better known by his stage name Gottmik, became the first trans man to compete on RuPaul’s Drag Race — the Olympics for drag queens. (He took home the bronze.) Gottmik, a makeup artist, arrived in the competition's werkroom wearing clown-white foundation and villainously black lipstick. "Time to crash the cis-tem!" he sang. His talent for transformation borders on the otherworldly, like when he remade himself into Paris Hilton (a client) for a celebrity-impersonation challenge. (Other tricks include: Turning Lil Nas X into a note-perfect Nicki Minaj.) Allure joined the performer at a suburban stop on his victory tour across the United States. By the time you're reading this, he'll be packing for the European leg.

I went to Catholic school, where you're not allowed to wear makeup when you're younger. I remember being in fifth grade and trying so hard to sneak mascara or a little bit of eyeliner on and get away with it. I don't know if it was the fact that I couldn't wear it or if I was obsessed, but I just wanted to wear it so badly. Before I got into the artistry of makeup, I would take a gel liner and do raccoon eyes in all black with blue mascara. I was in that emo-kid phase and living for it. 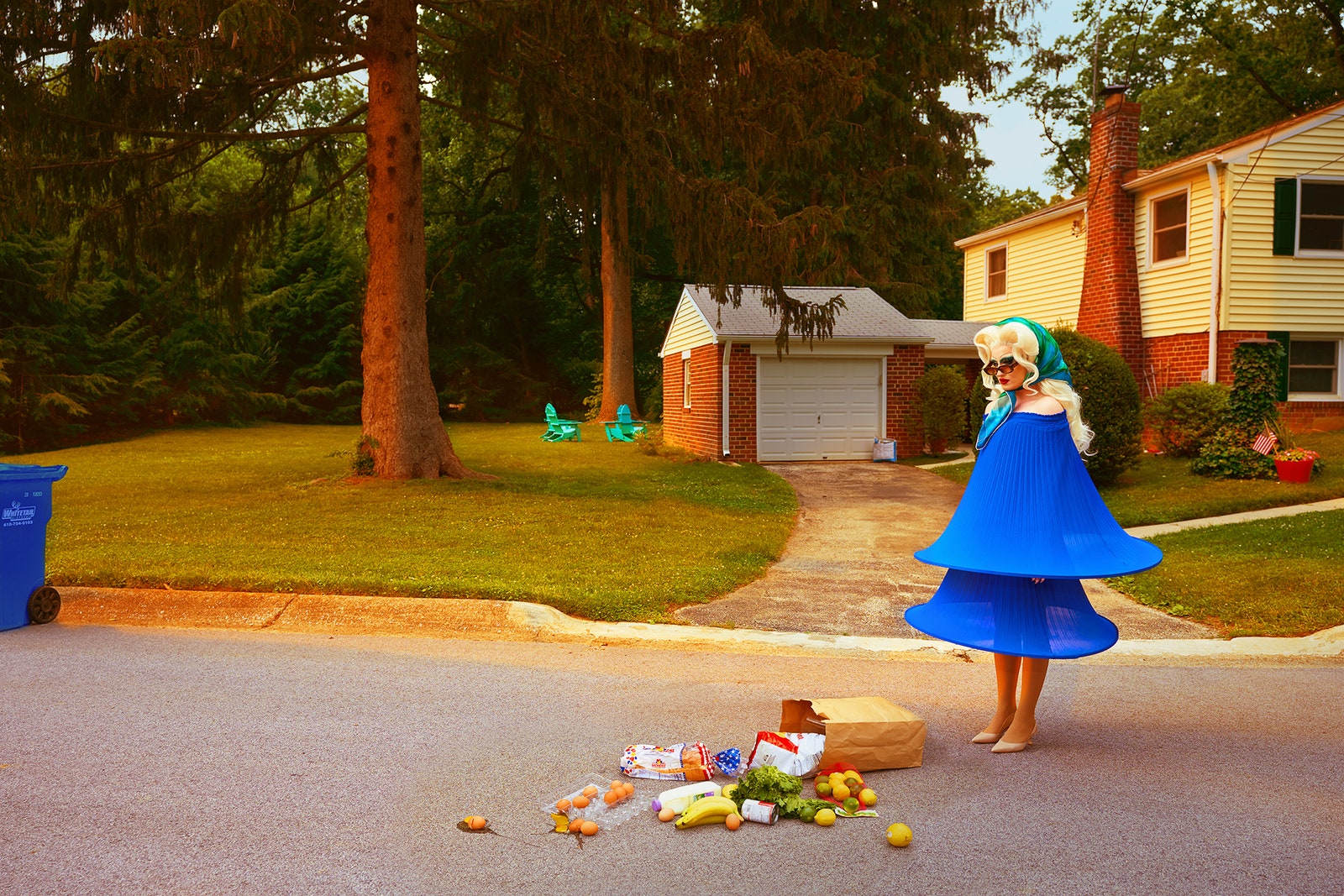 When we got to high school, me and my then-best friend started a makeup YouTube channel. This was in 2010 when YouTube was starting, so I don't even know how we got that idea. We thought everyone wanted to see us on our bathroom floors and watch us do really bad makeup. Then when I moved out to L.A., I just fell in love with drag queens. I thought, "This is such a fun way to express yourself and how you feel." It was my dream.

My passion for drag amplified my makeup passion. When I started getting into drag queens and watching their makeup tutorials, I knew I loved makeup and that I could draw, so I followed along. And I was kind of good at it, weirdly and randomly, so I just practiced every day and started meeting drag queens. The first drag look I ever did, I was trying to recreate Bianca Del Rio…. I always wanted to pick the biggest features ever. I did not know how to cover my eyebrows, but I was trying.

The process of finding my drag makeup [aesthetic] helped me realize my gender identity. I didn't even have the language to know I was transgender; I knew something was off. I was testing the waters of what I was comfortable with. I was not a huge fan of how I looked when I was done up in girly, girly, girly makeup, but I did love expressing my feminine self a little bit. So how do I make this drag? It was very confusing. Then, when I painted my face white for the first time, not only were the colors popping more, but I felt like this alien creature. And I was still able to make everything pretty in a way. It was game over. I never looked back with the white clown face. 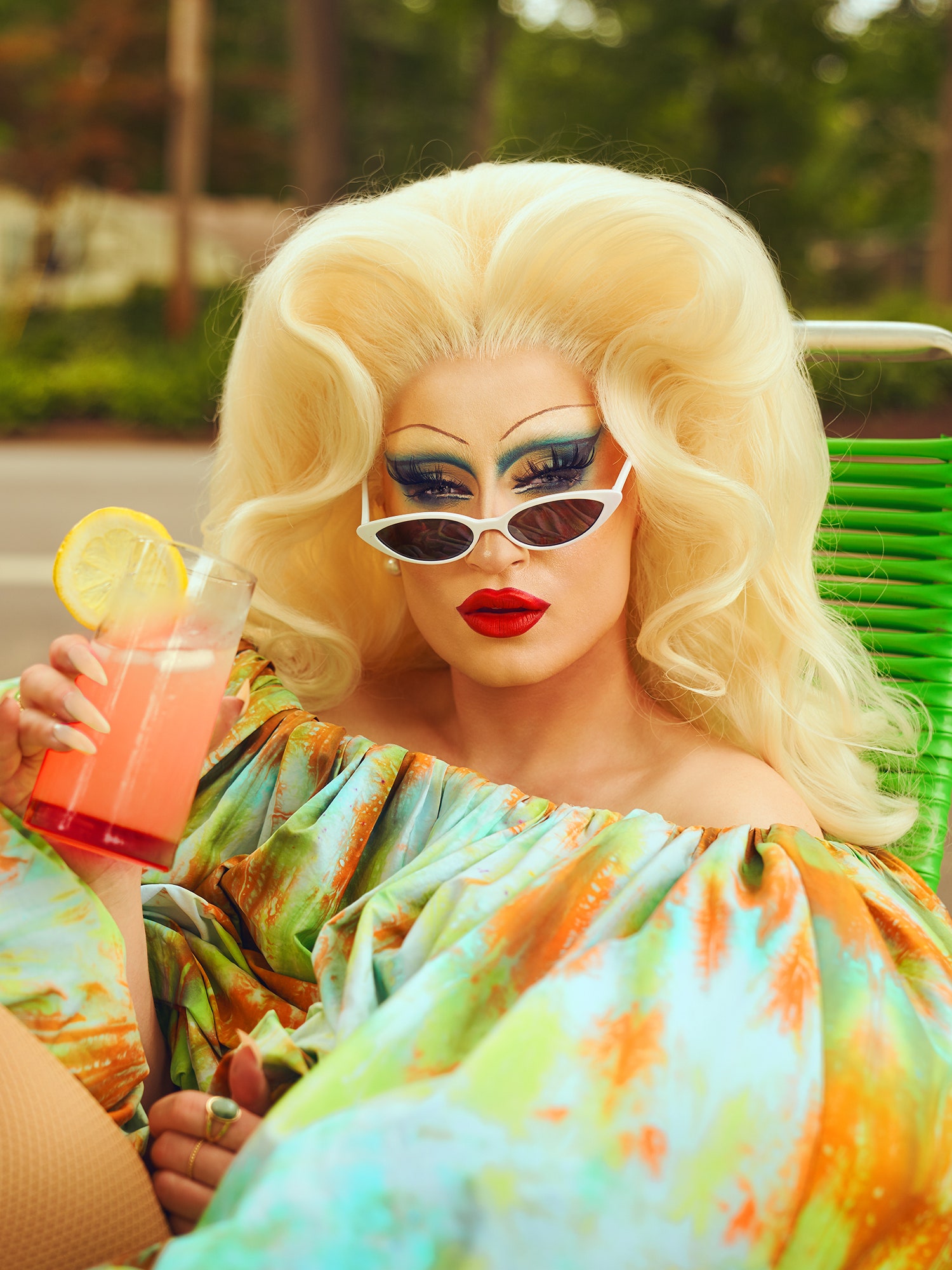 Going on RuPaul's Drag Race, my first thought was, "I'm a makeup queen. I am not about to get read by Michelle Visage." But when I started experimenting with skin-tone drag [makeup] and feeling pretty, it made me realize how far I'd come out of drag with my transition, and how I am more comfortable with that now. It allowed me to open up and realize I'm not just a makeup queen and that I have so much more [to offer] than that. I had grown so much as an artist without even realizing it. Makeup opened me up on the show and I'm excited to explore that more in the future. It’s definitely not my favorite [thing] in the world, but I do love a skin-tone moment every once in a while now.

On a normal day, I use two colors, but if we're stuck on an island and I only can bring one, I'd bring a white Ben Nye Creme Stick Foundation. I love using a skin tone-ish one that has a pink undertone and highlight with the white so it gets a little dimension, which you barely even notice, but I do. Everyone asks me what my favorite black lipstick is, and I always use Hank & Henry's. It smells amazing. 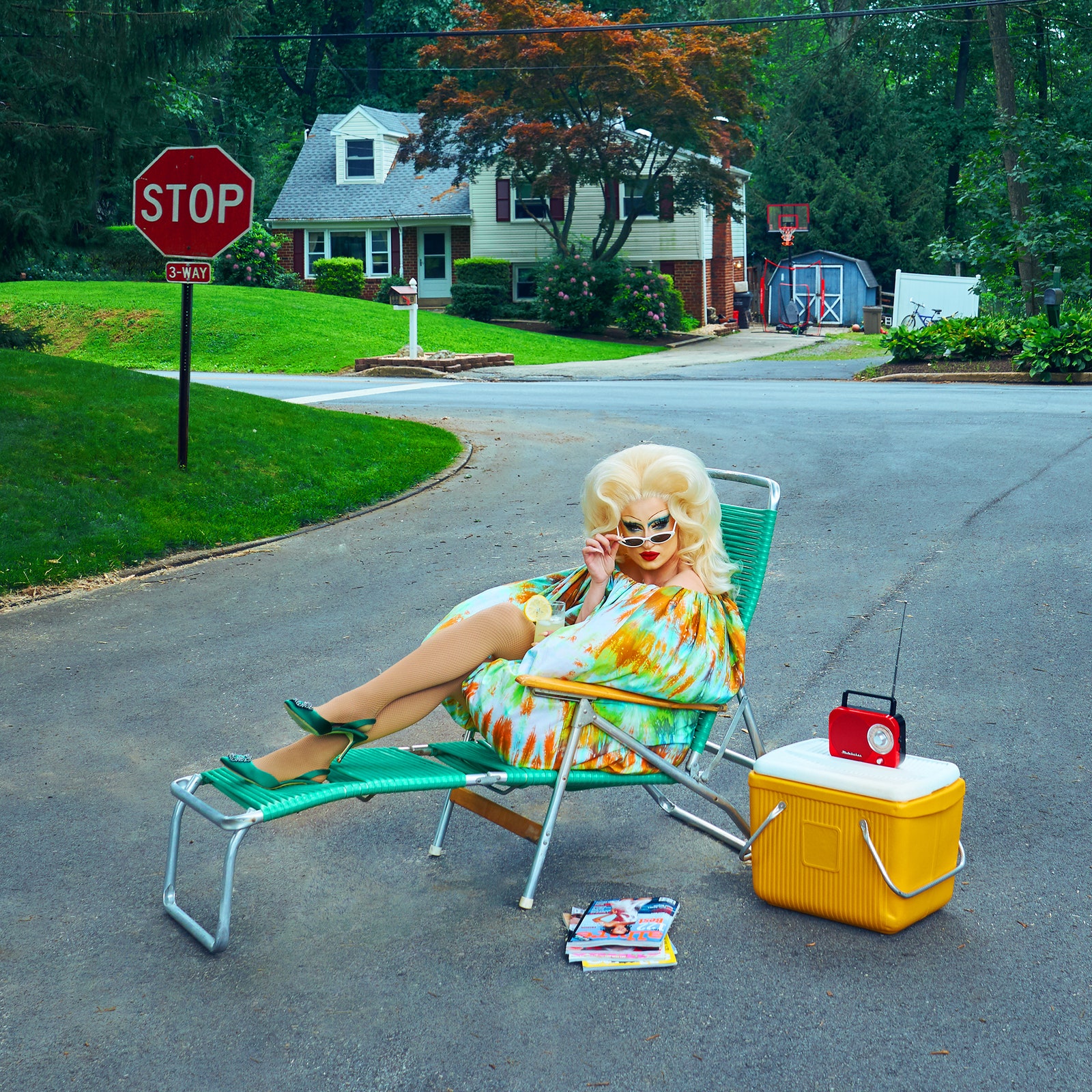 I've done a few solo campaigns since being on the show where I'm out of drag — a boy, shirtless, wearing eyeliner and an earring. And if you would've asked me in high school if that would have happened, that would have been a definite no. I'm just so proud of that. In every aspect of my life, I always say that if I'm too comfortable with some part of my art, it's time to move on because it's getting boring and repetitive. I need to keep pushing forward and pushing my limits to grow as a person and an artist. In the next 10 years, hopefully, I'll be something crazier than I've ever expected.