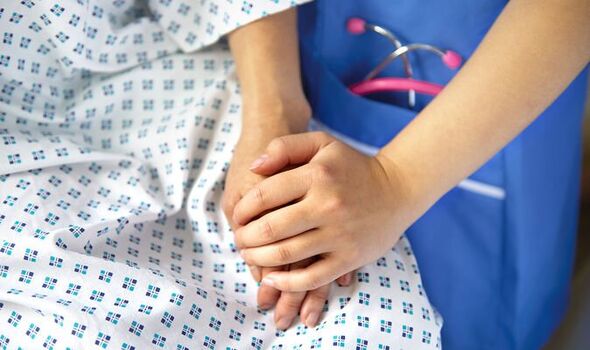 The total dropped to nearly 8,000 towards the end of February, but has been rising again in recent days.

Patient levels in England are still some way below the peak reached at the start of this year during the Omicron wave of infections (17,120) and well below the peak of the second wave in January 2021 (34,336).

The overall total conceals some sharp differences in trend between the regions, however.

Most areas are now seeing patient numbers back at roughly the level of four to five weeks ago.

But in south east England the total is the highest for two months.

And in south west England, numbers are now their highest for nearly a year, with 1,081 patients as of March 14 – more than at any point since 1,109 patients were recorded on February 12 2021.

The figures are more evidence that coronavirus is once again becoming more prevalent throughout the country.

It follows data published on Friday by the Office for National Statistics that showed infection levels rising in all four nations of the UK for the first time since the end of January this year.

Health Secretary Sajid Javid said on Monday that a rise in infections was to be “expected” following the easing of coronavirus restrictions in England.

“We are now open as a country and there’s more social mixing, but there’s nothing in the data at this point in time that gives us any cause for concern,” he told Sky News.

What is happening where you live? Find out by adding your postcode or visit InYourArea

The number of Covid-19 patients with symptoms serious enough to be placed in mechanical ventilation beds has yet to show signs of an increase, figures also show.

A total of 239 people were in ventilator beds in hospitals in England on March 14, unchanged from the previous week and well below the 797 recorded at the peak of the Omicron wave – and the 3,736 at the second-wave peak in January 2021.

More than half of all Covid-19 patients in hospital trusts in England are being treated primarily for something else, up from a quarter in autumn 2021.

All patients who have tested positive for Covid-19 need to be treated separately from those who do not have the virus, regardless of whether they are in hospital primarily for Covid or not.

But the growing proportion of patients who are in hospital “with” Covid-19 rather than “for” Covid-19 – 57% as of March 8 – is another sign that the current wave of the virus has not led to the same sort of pressure on critical care as in previous waves.