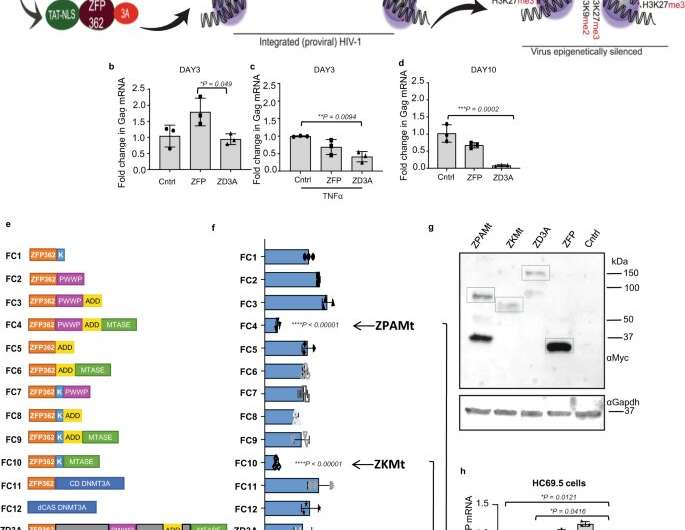 Researchers at City of Hope, a world-renowned research and treatment organization for cancer and diabetes, and Menzies Health Institute Queensland at Griffith University have developed a novel anti-HIV protein that suppressed HIV levels in the bone marrow, spleen and brain of mice and prevented the virus from replicating in those regions, according to a new study published in Nature Communications.

Their research demonstrates that scientists could engineer nanosized parts of cells called exosomes to carry therapeutic cargo to hard-to-reach places, including the nearly impenetrable blood-brain barrier. This innovative delivery system paves the way for a future where it’s conceivable that engineered exosomes could carry cargo that either suppress infectious diseases or restructure genetic material so that pathogens are rendered harmless.

“This innovative technology could become a viable way to deliver therapies not only for HIV but also for other diseases, including ones that affect the brain, such as Alzheimer’s and Parkinson’s,” said Professor Kevin Morris, from City of Hope’s Center for Gene Therapy and Griffith University’s School of Pharmacy and Medical Sciences. Morris is senior author of the new study.

Human immunodeficiency virus attacks cells that help the body fight infection, making an individual more vulnerable to other infections and diseases. Many researchers believe one way to cure HIV is to “block and lock” the disease in a process that obstructs the ability of the virus to replicate and locks it in a dormant state.

“The ZPAMt HIV protein repressor we developed is packaged into exosome nanoparticles and can enter cells where it epigenetically silences HIV,” Morris said. “We show that these nanoparticles can systemically ‘block and lock’ HIV expression. This is the first time that block and lock has been successfully delivered to treat HIV in vivo in the brain.”

HIV can enter the human body in a dormant-like state; it is able to hide from the body’s immune system and evade treatments. Then, it can reactivate later. HIV hiding in the brain is especially difficult to treat because of the blood-brain barrier, which prevents both toxins and therapies from entering the brain.