Having shocked viewers after appearing on a recent episode of This Morning, Fletcher revealed that he had lost all of his trademark grey hair due to alopecia areata. Reassuring fans that he now finds his new look “fun”, the actor admitted that producers of the show initially tried to hide his diagnosis of the autoimmune disorder that causes hair loss by claiming his character Dr Kennedy had a dodgy hair product fail. Away from the soap, using his social media accounts, Fletcher explained that alopecia was the root cause of his “patchy hair loss”.

Speaking in the video, which was posted on the Neighbour’s official Twitter account, Fletcher shared: “A lot of fans have expressed a little concern about my health on the internet, and there have been some media inquiries as well, so I just want to put something to rest.

“I am absolutely fine. I’m fit and well, working on Neighbours, and having a great time. But, I can report to you, I do have a disorder called alopecia areata.

“I started to lose hair into my beard and then on my scalp in patches.

“So eventually I shaved my beard off, and then my hair became so patchy on my head, I had to get rid of most of that as well. 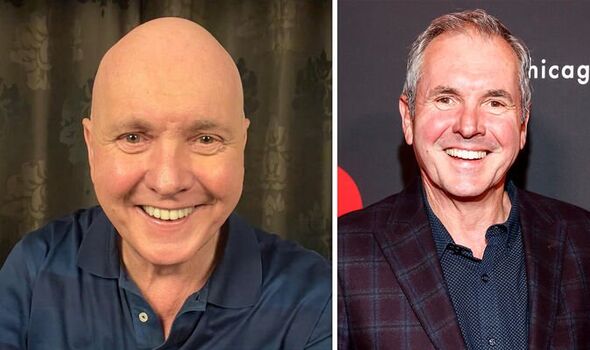 Despite not struggling with the condition personally, Fletcher continued to acknowledge that others, especially younger individuals, may find it tricky to deal with.

He continued to add: “But one thing I will say is that alopecia areata can be quite serious to people, particularly from an emotional point of view. Sudden hair loss is really troubling for a lot of people, particularly for young people who can be terribly bullied. There is support out there.

“But let me assure you I’m absolutely fit and well, and thank you for your concern.”

Although not talking about what triggered the condition, the American Academy of Dermatology explains that alopecia develops when the immune system mistakenly attacks hair follicles causing inflammation.

Researchers believe that both genetic and environmental factors play a role in its development. It can begin at any age, with most people developing it during childhood or their teenage years.

The type that affects Fletcher, alopecia areata is the most common and refers to patchy baldness. It can affect anywhere on the body including the scalp, beard area, eyebrows, eyelashes, armpits and inside the nose or ears.

The other two most common types of alopecia include:

Along with painless hair loss, some individuals report a tingling, burning, or itching sensation on patches of skin right before the hair falls out.

When a bare patch develops, it is hard to predict what will happen next. The possibilities include:

Nail changes such as ridges and pits can also occur in some people, especially those who have more extensive hair loss.

Whilst it is normal to lose between 50 to 100 hairs a day, often without noticing, if an individual is experiencing sudden hair loss, losing hair in clumps or is worried about their hair loss it is recommended that they seek a professional opinion. 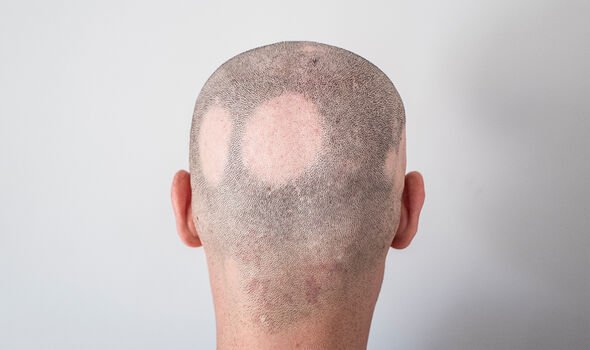 For some individuals with alopecia, hair will regrow without the need for further treatment, but for others, especially those with severe alopecia, common treatments like steroids can be applied directly to the scalp or skin to encourage regrowth.

Studies have demonstrated hair regrowth with the regular use of potent topical steroids. They are commonly used in children and adults, as they are easy and painless to apply.

Corticosteroids, which can be injected into the affected areas are also commonly used. Examples of intralesional corticosteroids are hydrocortisone acetate and triamcinolone acetonide. These have been shown to be more effective than topical corticosteroids, but carry a risk of skin thinning.