The aroma and taste of most alcoholic beverages depend on several factors, such as beverage production technology, the quality of the raw material subjected to fermentation, the type of yeast used for fermentation, and climatic and soil conditions. Various chemical compounds contribute to the sensory characteristics of alcoholic beverages. Such compounds come from different stages of liquor production but must be obtained in the correct proportions.

One stage that leads to the formation of flavor components is alcoholic beverage maturation in wooden barrels made from different wood types. The most common ones are American and French varieties of oak. The maturation of alcoholic beverages in selected species of wood results in several chemical reactions between the beverage ingredients and extracted compounds of the wood that, in turn, impact the complexity of the aroma of alcoholic drinks.

A new study in the journal Molecules aimed to analyze the effect of using wood for the maturation of different alcoholic beverages. 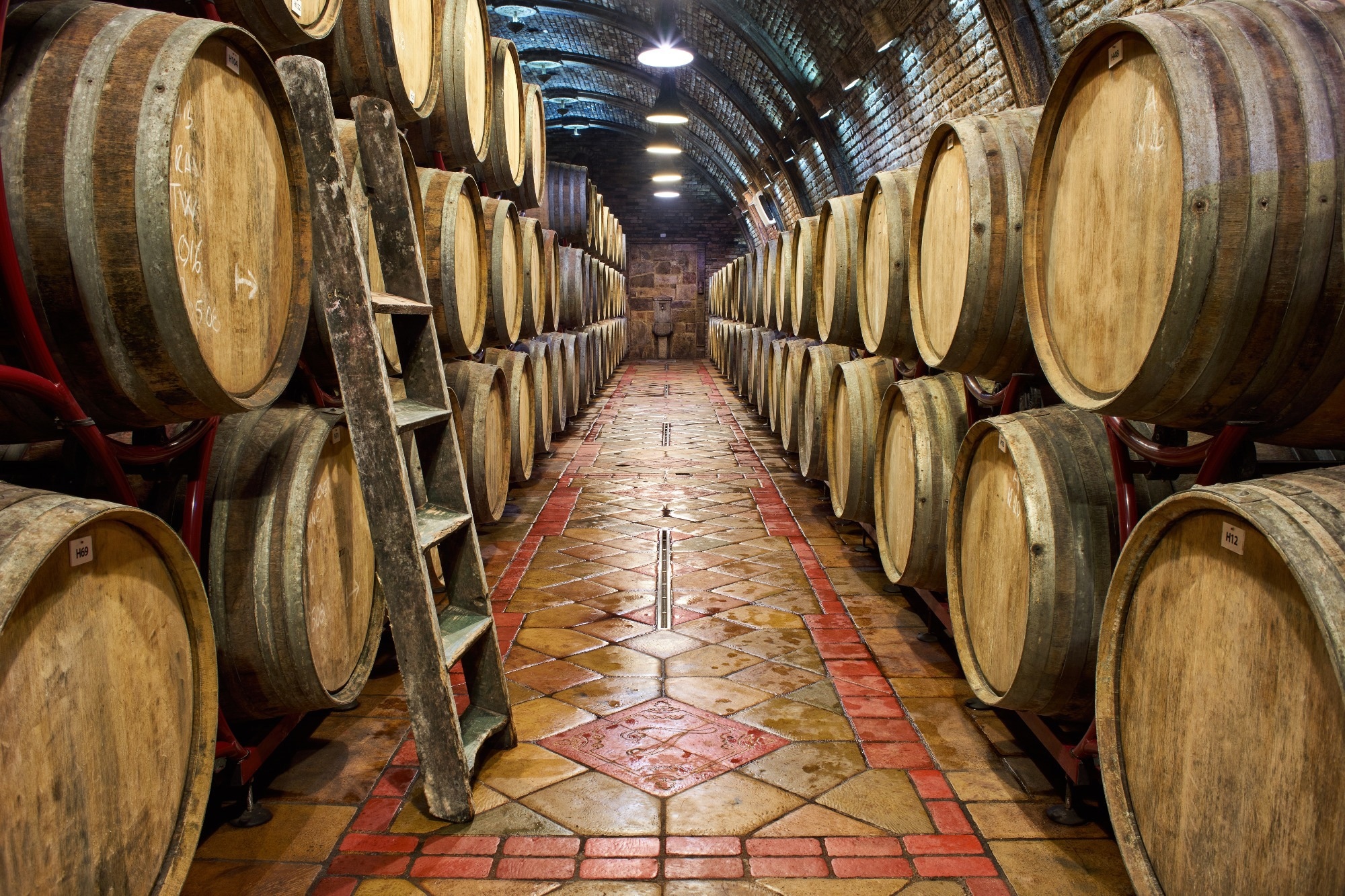 Study: The Impact of Compounds Extracted from Wood on the Quality of Alcoholic Beverages. Image Credit: Gelner Tivadar Shutterstock

Wood for the production of alcoholic beverages

Production of alcoholic beverages has taken place since ancient times across all civilizations. Initially, only beer and wine were produced using clay jars and amphorae; however, they have been replaced by wooden barrels due to their impermanence and high weight.

The beginning of barrel production took place over 2000 years ago in most northern parts of Europe. Initially, barrels were not known to impact the aroma and taste of the beverages and were only used due to their easy availability and durability. Oakwood was reported to be the primary raw material for the production of barrels from the 5th century CE due to its strength, relatively low gas and liquid permeability, ease of processing, and flexibility compared to other types of wood. Moreover, the high availability of oak around wineries and breweries also contributed to its use.

Currently, there has been a significant limitation to the use of wooden barrels, which are replaced by containers and tanks made of acid-resistant steel. Wood is mainly used to support the sensory qualities (aroma, taste, color) of alcoholic beverages. Using wood improves the quality of wood and promotes micro-oxidation reactions, which affect the beverages' aromatic and final sensory properties.

The use of wooden barrels takes place at the maturation stage of the selected alcoholic beverages, which mostly involve distilled beverages and grape vines. Some beverages require new barrels, while others require barrels in which wine was aged previously. However, the duration of the process is extended since the contact surface of the drink with the wood during aging is small. This leads to beverage losses through evaporation from the pores of the barrel wood. Therefore, wooden staves or chips are now used to mature alcoholic beverages.

Quercus oak wood that produces barrels and wood chips comprises 20% lignin, 25% hemicellulose, 45% cellulose, and 10% inorganic compounds, which gives the drinks a unique taste, color, and aroma. These compounds are extracted from the wood during maturation and include non-volatile and volatile steroids. Wood is a rich source of phenolic aldehydes, phenolic ketones, and volatile phenols. Its concentration depends on the part of the tree from which it comes, the degree of toasting, and the botanical origin. Such polyphenols are categorized into three groups, ellagitannins and phenolic acids.

Low-molecular-weight phenols help develop color, astringency, and bitterness in beverages. Additionally, they increase the antioxidant potential of beverages. Ellagitannins are a group of compounds that gives the wood appropriate hardness and prevents the action of harmful microorganisms. They are extracted most easily by alcoholic beverages during maturation and comprise about 10% dry matter of oak.

Furthermore, the most essential sensory compounds found in wood are reported to be lactones mostly the cis and trans forms of β-methyl-γ-octolactone. Oak wood has been observed to comprise other types of lactone, too, such as γ-decalactones, γ- and δ-nonalactones, as well as γ-octolactones.

Formation of aromatic compounds of wood

Toasting the wood takes place during the production of oak barrels which highly impacts the compounds that can be extracted during the maturation of alcoholic beverages. Toasting leads to an increase in compounds that adds a smoky flavor to the beverages. It also affects the decomposition of wood and the formation of new aromatic compounds.

The degree of toasting can be of three levels, slight (light) toasting, medium toasting, and heavy (high) toasting. Toasting results in the formation of several volatile and non-volatile compounds that impact the flavor and aroma of the beverages. However, toasting has been observed to reduce the fruity and floral flavors of beverages due to the removal of compounds responsible for them. Toasting at higher temperatures has also been observed to reduce ellagitannins naturally present in oak wood.

Many top-rated wines, especially red wines, have been reported to have their sensory characteristics due to aging in contact with wood. Factors such as aging time, method of aging, quality of wood, the ratio of the contact surface of the barrel to the volume of the wine, and the content of ethyl alcohol in the wine can significantly impact the quality of the wine. Moreover, the degree of toasting and oxidation processes in the wooden barrels affects the wine's color, aroma, and astringency. Additionally, lactones of oak wood also impart definitive aromatic notes to the wine. Esters obtained during the fermentation of fruits and extracted from wood during aging lead to the formation of fresh fruit and floral notes. Approval of chestnut wood for the making of wine has further increased the variety of aromas in wines. However, white wines require a particular aging procedure. It was reported that the use of oak wood for the production and maturation of white wines led to the development of alcoholized wines with a full flavor and complex aroma.

Before stainless steel, barrels were used for the storage and transportation of beers. Few beer types are closely associated with aging in barrels. Beer maturation can occur either in new barrels or in those previously used for wine or whisky production. This results in some beers having a richer and more appealing taste. The contact of beer with different types of wood during maturation can impact its flavor as well as aroma.

Production of whisky takes place from barley. Maturation of whisky in wooden barrels results in the specific aroma, the content of ethyl alcohol, and the color of the drink. Aging in oak barrels has also been observed to increase the antioxidant potential of whisky. Smaller barrels lead to increased extraction of compounds from the wood during maturation due to the lower ratio of the wood surface to the volume of liquid.

Brandy is a spirit drink produced by the distillation of wines with an ethanol content below 94.8% vol. The aging of brandy requires the use of oak barrels for a minimum of one year. Aging of brandy in the presence of wood results in the extraction of volatile and non-volatile wood compounds into the beverage. These compounds impart the typical flavors and aroma to brandy.

Three innovative techniques using wood that can improve the quality of alcoholic beverages include ultrasound, high pressure, and pulse electric field (PEF). The use of ultrasonics during the maturation of beverages was reported to increase the extraction of compounds from the wood, which in turn enhanced their quality.

Few studies indicated that high pressure (HHP) can increase pleasant aromas and decrease the astringency of red wines. It could also accelerate the aging process few types of wine. PEF was also observed to increase the extraction of wooden compounds that helped to improve the overall quality of alcoholic beverages.

The use of different types of wood during the maturation of alcoholic beverages was observed to impart specific aromas and flavors to the drink, affecting the beverages' quality. Among them, oak wood was most commonly used. A few newer technologies have also been developed to enhance the extraction of compounds from wood to alcoholic beverages during their maturation.