ASK THE GP: Will I be on blood thinners for life?

I developed anaemia after being prescribed the blood thinner apixaban for atrial fibrillation and my stools turned black. But I was frightened that if I stopped the tablets I would have a stroke.

I was then diagnosed with narrowing of the arteries and advised I may need an operation to reduce my odds of a heart attack. But that could mean being on blood thinners for the rest of my life — given my track record, I am a loss as to what to do.

I have great sympathy with your predicament: not only have you had a series of worrying diagnoses but the recommended treatments leave you stuck between a rock and a hard place.

Atrial fibrillation, the most common form of irregular heartbeat, increases the risk of blood pooling in the heart, allowing clots to form. These can then travel to the brain, where they can cause a stroke, or cause a heart attack (where a clot blocks supply of blood to the heart muscle).

Apixaban (brand name Eliquis) is one of several new anticoagulant drugs prescribed to mitigate this risk by thinning the blood. The others are rivaroxaban (brand name Xarelto), dabigatran (Pradaxa) and edoxaban (Lixiana). 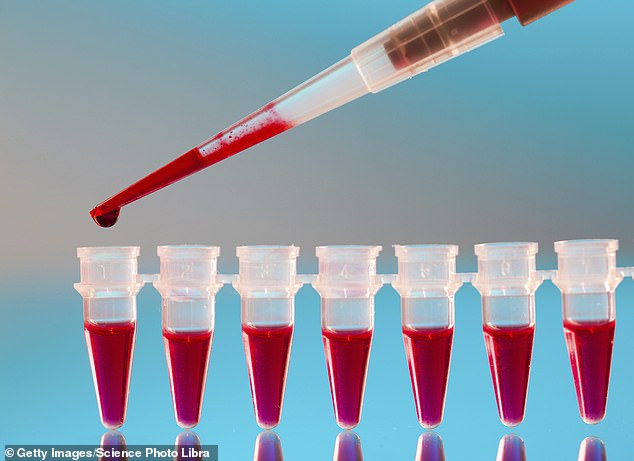 While blood thinners are very effective at reducing the risk of a stroke, they — like warfarin, the drug traditionally given — do carry the risk of creating bleeds

While these medicines are very effective at reducing the risk of a stroke, they — like warfarin, the drug traditionally given — do carry the risk of creating bleeds, like the one in your digestive tract that caused your stools to turn black.

From your longer letter, it seems that while your stools returned to normal, a slight bleed continued, causing fainting and breathlessness that was eventually diagnosed as anaemia.

However, while investigating your breathlessness, a CT scan of your lungs revealed you have coronary artery calcification or narrowing.

This build-up of calcium in the heart’s arteries is a sign that they’re becoming narrowed and blocked by fatty deposits, increasing your risk of a heart attack from a blood clot.

So essentially you have two conditions that raise the risk of blood clots — atrial fibrillation and narrowed arteries.

This is a complex picture, and it is important to rank the priorities of your medical care.

The surgery you mention is known as angioplasty: it’s a common operation that involves inserting a small balloon to squash away the fatty deposits, followed by stents (metal tubes) to prop the arteries open. But you will still need to continue on some level of anticoagulation to protect against blood clots which could lead to a stroke or heart attack because the surgery doesn’t treat your atrial fibrillation.

His replies cannot apply to individual cases and should be taken in a general context.

Always consult your own GP with any health worries.

However, if stents are used, you could be given so-called drug-eluting stents — these are stents in which the anticoagulation is built in, so that it slowly seeps out over subsequent months — although clopidogrel and/or aspirin will also be prescribed to thin the blood.

These work in a different manner to apixaban and so should not have the same side-effects, although both do have a slight risk of causing unwanted bleeding.

You could also enquire if a technique that uses sound waves to clear calcium from the arteries might be an alternative to the angioplasty.

However, this is still very much in its early days and is only used in very unusual cases.

Your cardiologist will be carefully balancing the various factors and test results before deciding whether to go ahead with the angioplasty. In addition, you will be on medication including a cholesterol-lowering statin to protect your heart.

You can help by eating a fresh natural wholefood diet, avoiding added sugar; if you’re overweight ask your GP to refer you to an NHS dietitian for expert help.

And ensure you have a modest daily exercise regimen.

Please do write to me again to let me know how you get on.

A High Court judge recently made an excellent point when he requested that an elderly patient with dementia be referred to in court as ‘Mrs’.

Mr Justice Hayden told lawyers: ‘I profoundly dislike the way hospitals infantilise senior citizens by referring to them by their first name.’

The way we address people really does matter. It doesn’t only signal respect — or lack of it — it can also be key to a patient bonding with those who are treating them.

I recall the time when my grandmother was in hospital suffering a fractured hip. When I visited, the nursing staff explained their concerns that she seemed rather deaf as she often failed to respond when they called out to her.

It was immediately apparent when I was accompanied to her bedside that the staff were addressing her as Mabel. That was indeed her name, but for 90 years she had been called May, which explained why her responses were rather patchy.

It is true that our culture has changed and, while the judge is addressed as the Honourable Mr Justice Hayden, reflecting the respect with which he must be treated, many of us are happy to be called by our first names.

However, it is not enough for hospital staff to assume that this is their patient’s wish. They should use the form of address their patient prefers, be it Mr, Mrs or Miss followed by their surname, their first name, or as in my grandmother’s case, a nickname.

We hear a lot about patients’ right to dignity, and it saddens me that it has taken a High Court judge to remind us that they also have a right to this common, but essential, courtesy.