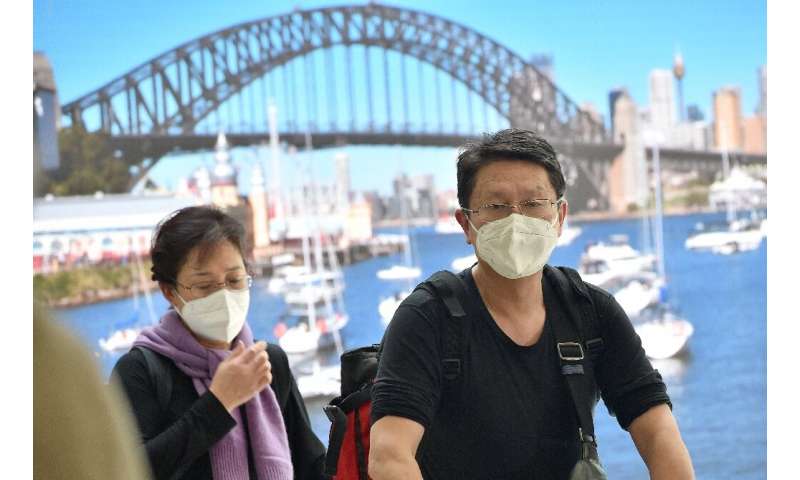 Australia’s prime minister said the country considered the new coronavirus to be a pandemic Thursday, going a step beyond the WHO as he extended a travel ban on visitors from China.

Announcing a national emergency response plan to the contagion, Scott Morrison said he was considering “additional measures” for monitoring travellers arriving in the country.

“We’re effectively operating now on the basis that there is one—a pandemic,” Morrison said.

“We believe the risk of a global pandemic is very much upon us.”

The World Health Organization has stopped short of calling the virus a pandemic, even as the number of new infections outside China exceed those inside the hardest-hit country.

The extended travel ban will come as a blow to Australian universities which stand to lose $2 billion in fees as tens of thousands of Chinese students are unable to take up places Down Under.

Students stuck in China “have been provided with a range of options”, said Catriona Jackson, chief executive of Universities Australia, which represents the sector.

Australia has reported 22 infections, but none that were contracted or passed from person-to-person inside the country.

Morrison’s warning comes as he scrambles to burnish his leadership credentials after fierce criticism of his handling of the months-long bushfire crisis.

His government is also embroiled in a deepening political scandal over the funnelling of taxpayer money into areas his coalition targeted in last year’s election.