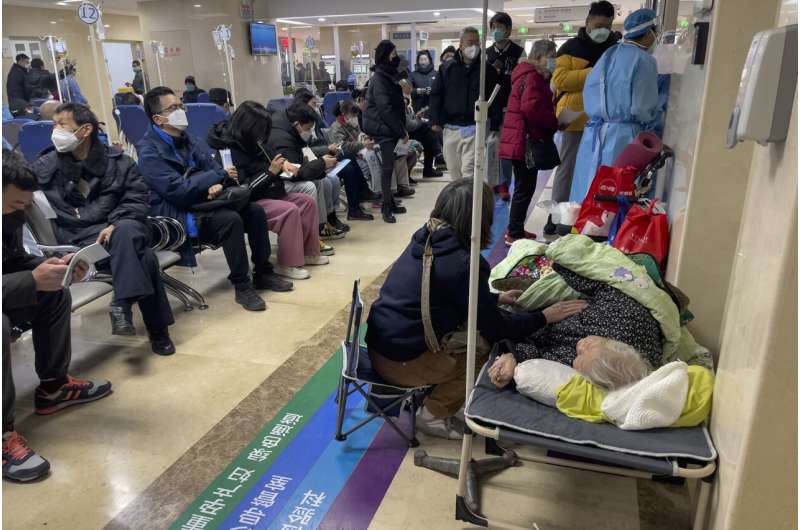 Patients, most of them elderly, are lying on stretchers in hallways and taking oxygen while sitting in wheelchairs as COVID-19 surges in China’s capital Beijing.

The Chuiyangliu hospital in the city’s east was packed with newly arrived patients on Thursday. By midmorning beds had run out, even as ambulances continued to bring those in need.

Hard-pressed nurses and doctors rushed to take information and triage the most urgent cases.

The surge in severely ill people needing hospital care follows China abandonment of its most severe pandemic restrictions last month after nearly three years of lockdowns, travels bans and school closures that weighed heavily on the economy and prompted street protests not seen since the late 1980s.

It also comes as the the European Union on Wednesday “strongly encouraged” its member states to impose pre-departure COVID-19 testing of passengers from China.

Over the past week, EU nations have reacted with a variety of restrictions toward travelers from China, disregarding an earlier commitment to act in unity.

Italy—where the pandemic first exacted a heavy toll in Europe in early 2020—was the first EU member to require coronavirus tests for airline passengers coming from China, but France and Spain quickly followed with their own measures. That followed the imposition by the U.S. of a requirement that all passengers from China show a negative test result obtained in the previous 48 hours before departure. 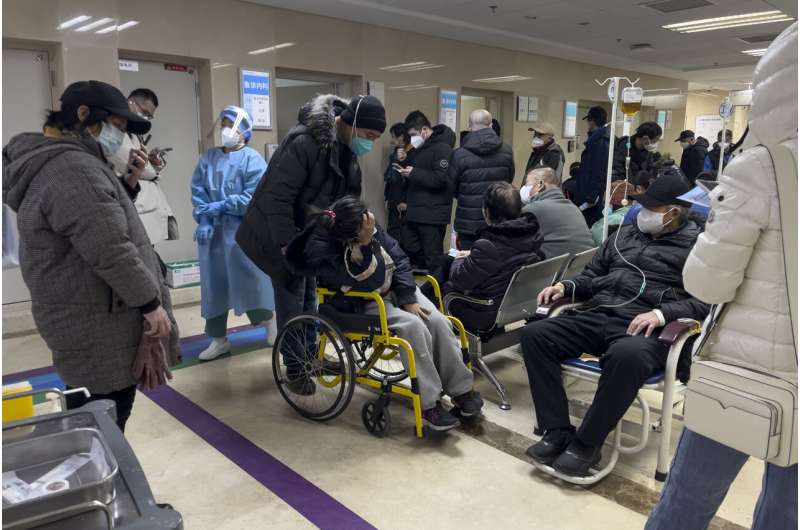 China has warned of “countermeasures” if such policies were to be imposed across the bloc.

Still, World Health Organization head Tedros Adhanom Ghebreyesus said Wednesday he was concerned about the lack of outbreak data from the Chinese government.

At a daily briefing Thursday, Chinese Foreign Ministry spokesperson Mao Ning said Beijing has consistently “shared information and data with the international community in an open and transparent manner.”

“At present, China’s COVID-19 situation is under control,” Mao said. “Also, we hope that the WHO secretariat will take a science-based, objective and impartial position to play a positive role in addressing the pandemic globally.”

The terse language between China and the WHO contrasts sharply with what critics in the U.S. Congress and elsewhere called an overly friendly relationship between the two as the U.N. organization sought to probe the origins of the pandemic. 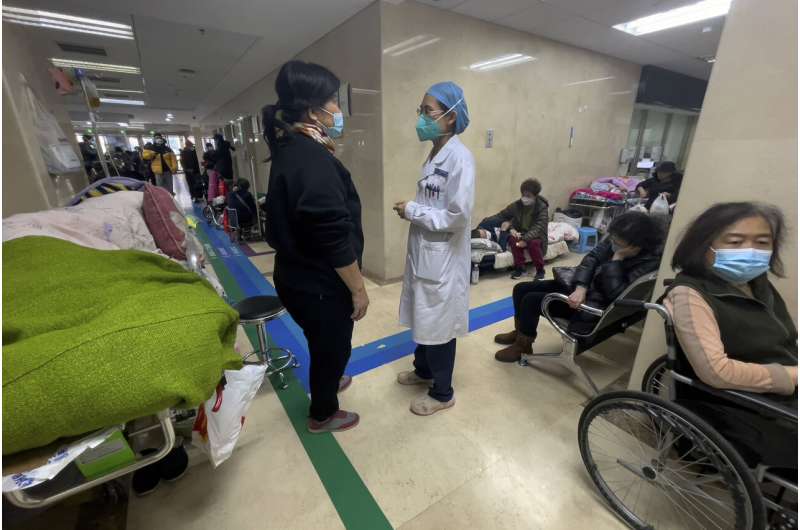 While the first cases were reported in the central Chinese city of Wuhan in late 2019, China has claimed the virus originated in the U.S. or Europe and has been accused of withholding data that could help narrow the search for the cause.

In dealing with the latest outbreak, China has sought to get more of its elderly population vaccinated, but those efforts have been hampered by past scandals involving fake medications and previous warnings about adverse reactions to the vaccines among older people.

Meanwhile, local authorities in some areas are appealing to the public to avoid traveling during this month’s Lunar New Year holiday, as the last formal restrictions on movement are lifted. 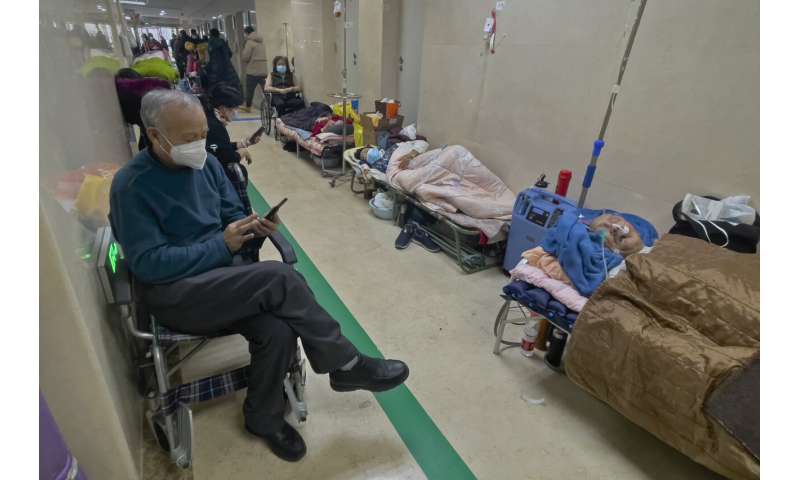 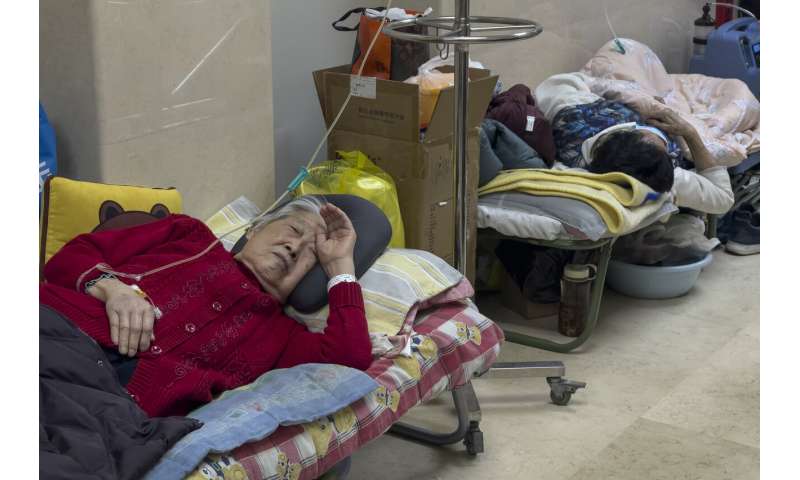 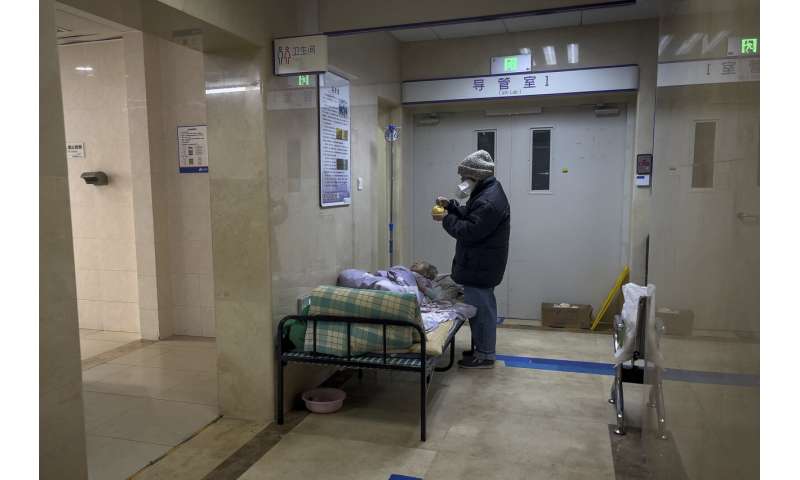 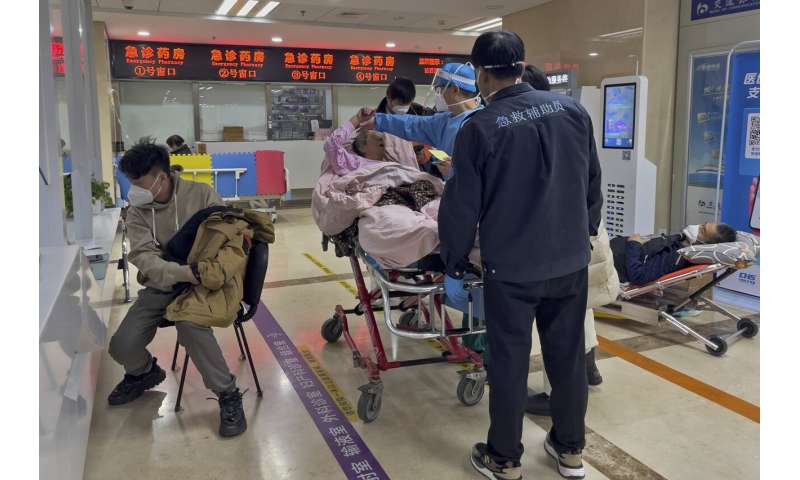 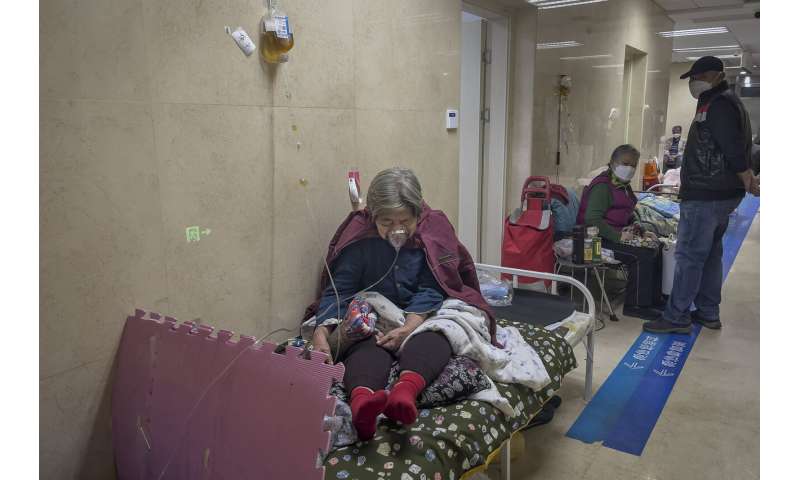 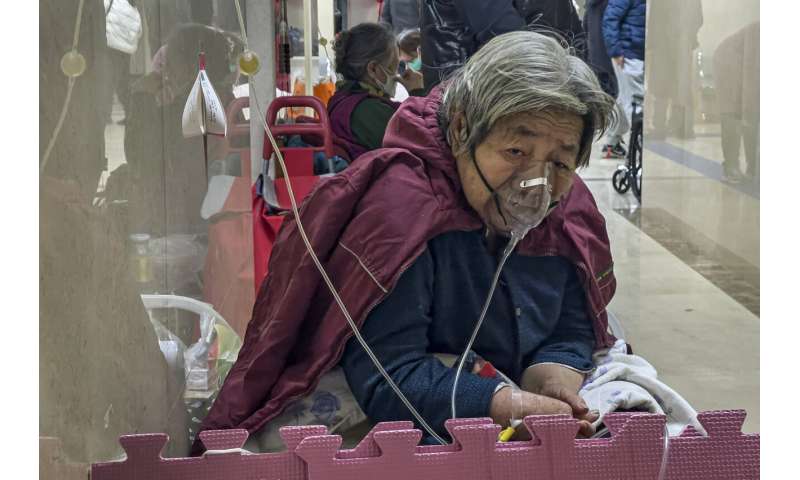 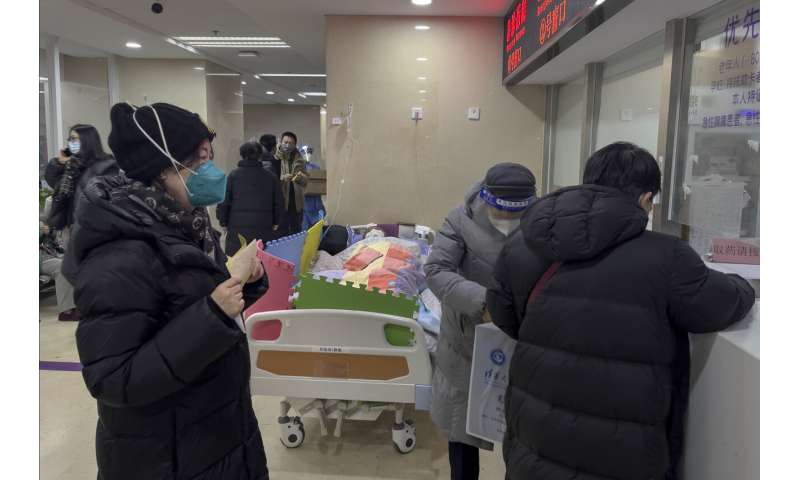 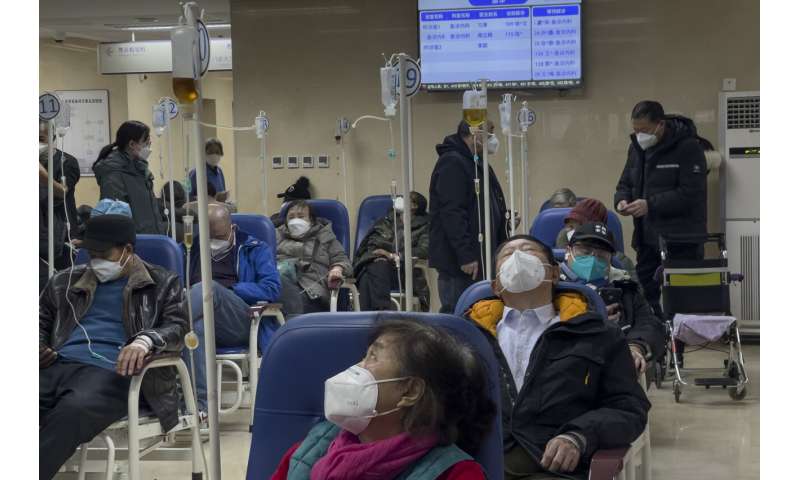 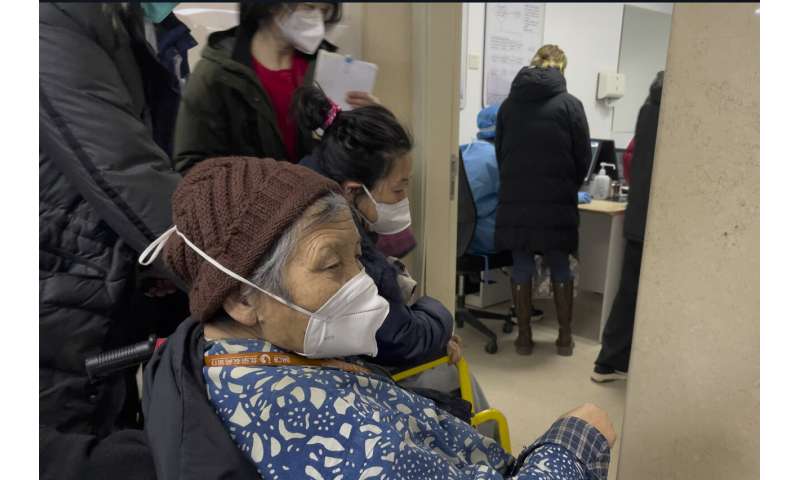 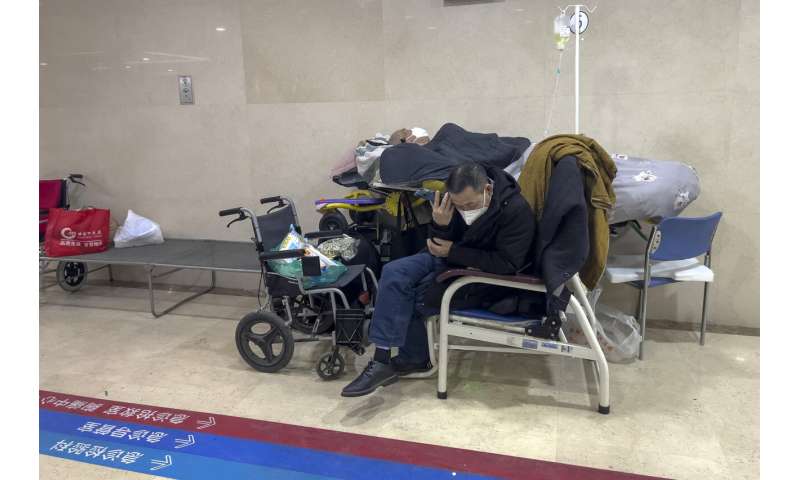 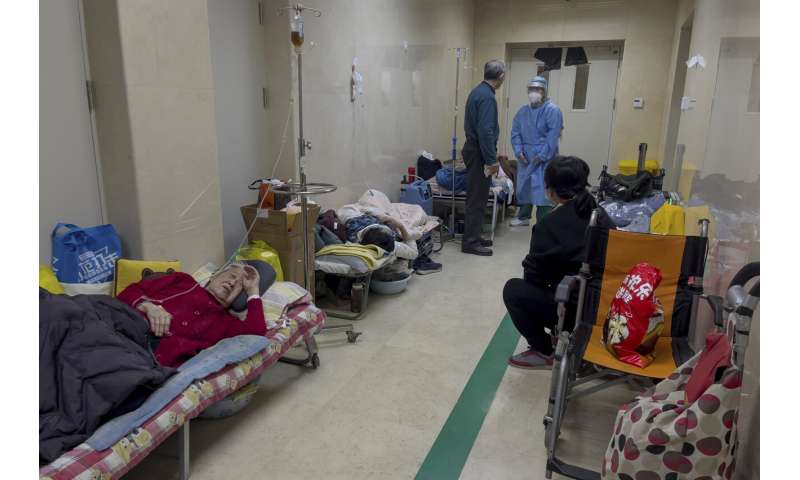 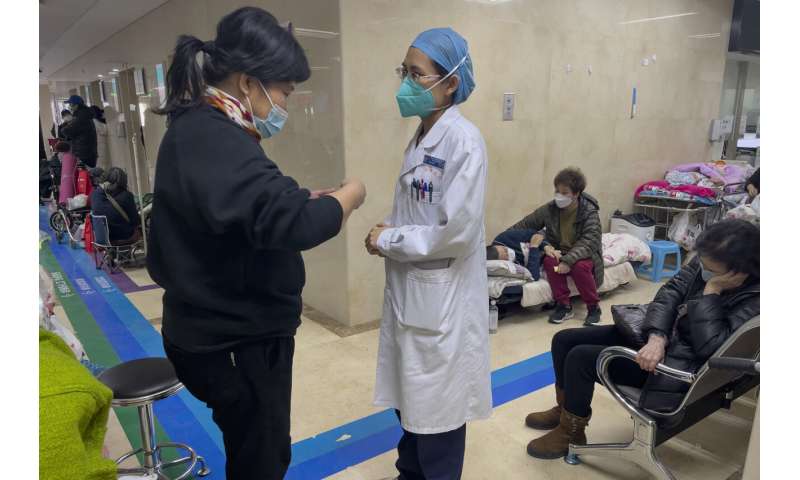 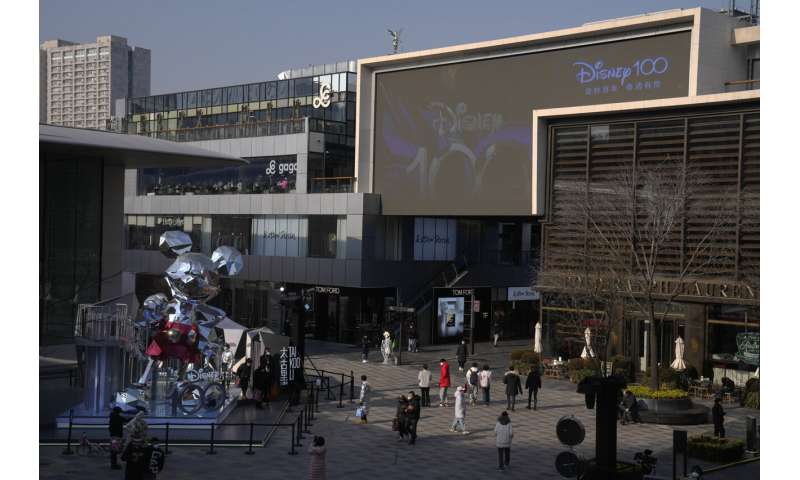 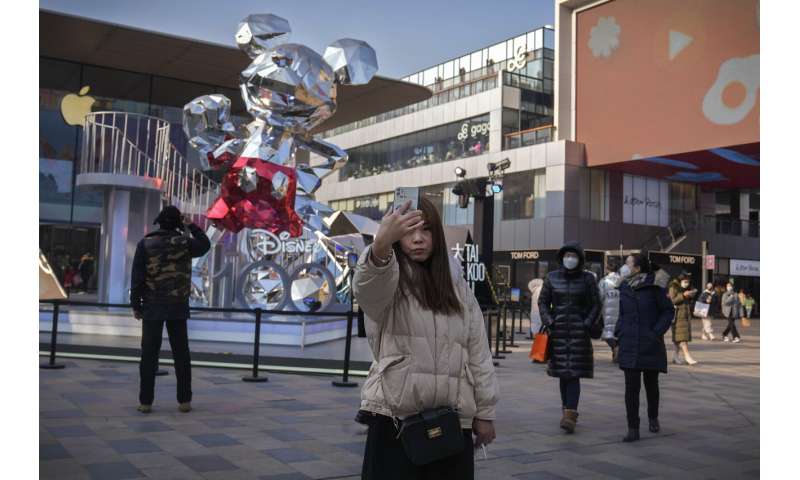 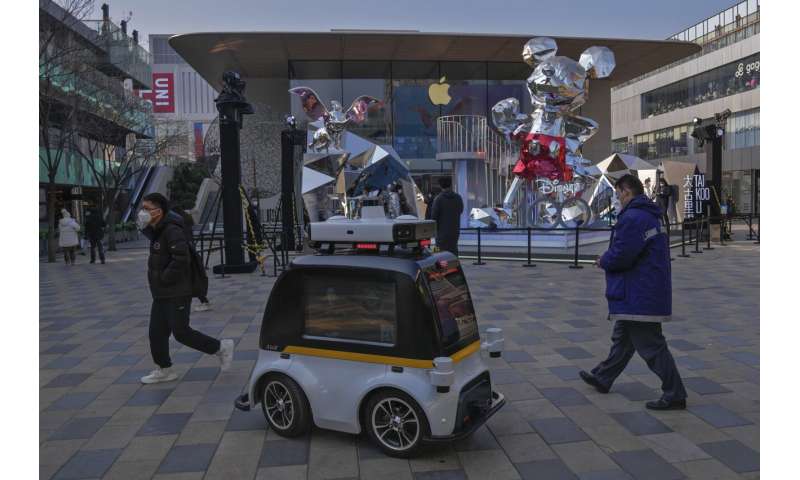 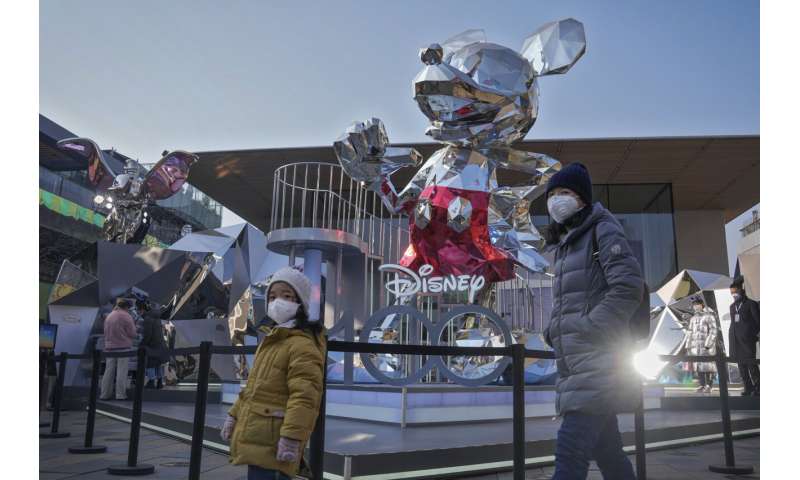 “We recommend that everyone not return to their hometowns unless necessary during the peak of the outbreak,” the government of Shaoyang county in Hunan province in central China said in a notice dated Thursday. “Avoid visiting relatives and traveling between regions. Minimize travel.”

Similar appeals were issued by Shouxian county in Anhui province southeast of Beijing and the cities of Qingyang in Gansu province in the northwest and Weifang in Shandong on the east coast.

The Weifang government notice said residents should celebrate the holiday with video and phone gatherings.

“Avoid visiting relatives and friends to protect yourself and others,” it said.

Despite such concerns, Hong Kong announced it will reopen its border with mainland China on Sunday and allow tens of thousands of people to cross from each side every day without being quarantined. It was unclear what restrictions people traveling to the mainland side would face.

The city’s land and sea border checkpoints with the mainland have been largely closed for almost three years and the reopening is expected to provide a much-needed boost to Hong Kong’s tourism and retail sectors.

© 2023 The Associated Press. All rights reserved. This material may not be published, broadcast, rewritten or redistributed without permission.