Carson Daly knows the challenges of living with anxiety.

The television host has been opening up about his experience with generalized anxiety disorder and the ways he copes with his feelings of worry, fear and panic. One approach is taking anti-anxiety medication.

Last month, Daly spoke about a very relatable aspect of this treatment in a tweet, which is getting recirculated this week.

“Fun fact: I assumed recent weight gain was a side effect from an anti-anxiety drug I started (& am getting amazing results from btw..) turns out it’s just working,” he wrote. “The calmer/happier me is in a better mood & appetite increases.”

He also included the hashtag #AnxietySociety.

Daly expanded on this realization in a conversation with “Today” in April following his tweet. He learned the weight gain wasn’t really a side effect of his medication after asking his doctor about it.

“And she was like, ‘Weight gain is probably just a byproduct of you being very happy, being genuinely happy,’” he recalled, adding that she also told him, “‘You’re experiencing a new, calmer, less anxious version of yourself. Actually, it means the drug’s working.’”

Upon reflection, Daly noted, “She was right. When I look back, I found I have a whole new happiness and lease on life. I can do anything. I feel like Superman. I don’t have to like overthink trips and dinners and I don’t have to micromanage my own life for these little pockets of safety. I can just live life.”

Anxiety can wreak havoc on a person’s appetite, leading to weight loss or weight gain, according to doctors. It’s just one of the many physical symptoms of the mental health condition, which also include headaches, stomach pains and more.

Many Twitter users thanked the “Voice” host for his honesty and revealed that they had similar experiences.

While the host’s comments aren’t new, they’re worth highlighting. Public figures who talk about mental health with large audiences help shatter some of the negative stereotypes associated with mental health disorders, according to experts. This is particularly true when it comes to men. Research shows men are more likely to stay silent if they’re experiencing a mental health issue.

“When a public figure talks about their depression, anxiety, OCD or challenges with substance abuse, it begins to break down barriers and create conversations that for too long have been hidden,” Dan Reidenberg, executive director of Suicide Awareness Voices of Education, previously told HuffPost.

Daly has been positively contributing to the mental health conversation for quite some time, alongside athletes like Kevin Love and actors like Jon Hamm. The entertainer has previously shared other ways he copes with his anxiety, including cognitive behavioral therapy and muscle retention and relaxation ― which involves exercises like tightening your hands into fists and flexing your arm muscles. He’s also a fan of mindful breathing.

“I find that just taking 60 seconds, five, six, seven times a day to focus on my breathing really just brings everything down and calms me down,” Daly told “Today” in November. “It’s a very simple thing, but a lot of us forget to breathe. We sort of get stuck, and I find that focusing on my breathing helps to bring my heart rate back down.” 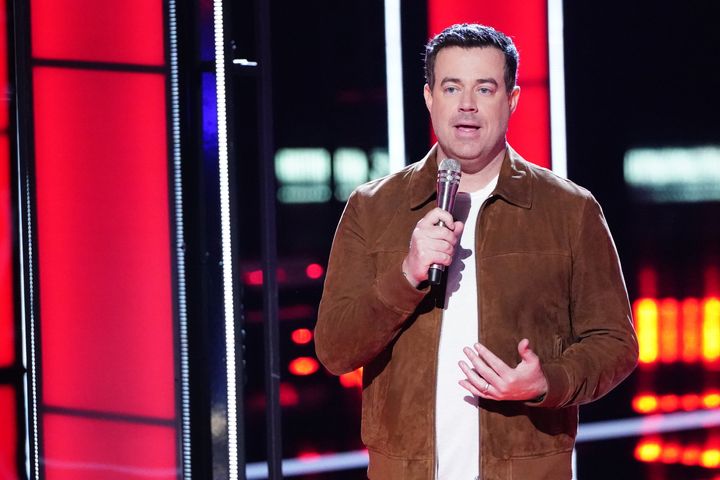 In March, he also shared about his experience with panic attacks.

“At times I feel like there’s a saber-tooth tiger right here and it’s going to kill me, attack me and bite my head off. I’m scared as if that’s really happening,” he said. “You feel like you’re dying.”

Still, he added that he also believes his anxiety is why he’s a more sensitive, empathetic person who is capable of feeling positive emotions deeply as well.

More men should definitely follow suit when it comes to getting candid about their well-being. Props to Daly for breaking down the stigma and encouraging others to own their mental health and seek help.