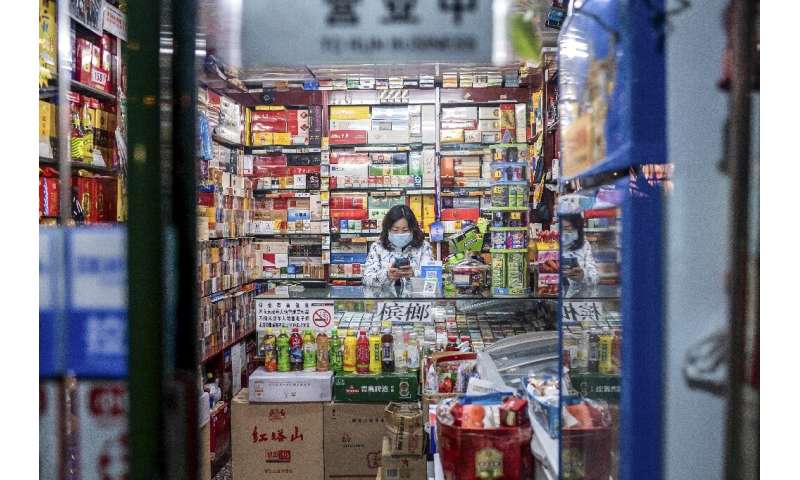 A month of containment measures to halt the spread of the deadly coronavirus in China seems to be working, but the rise of overseas cases means the country is now facing a fresh challenge—keeping it out.

News of the discovery of infection in someone who had travelled from Iran has exploded on social media and raised fears that efforts to lock down millions of people in the mainland might have been in vain.

The virus emerged in central China in December but has now spread globally, with a flurry of new outbreaks in countries including South Korea, Japan, Iran and Italy.

China is now exploring the possibility of adopting “targeted prevention and control measures” for people arriving from abroad, the foreign ministry said, while those landing in the Chinese capital from countries hit by the epidemic will have to self-quarantine.

Hundreds of passengers from South Korea arriving in eastern China were placed in isolation after people on two flights were discovered to have fevers this week.

And concern mounted further after local authorities said a case of “imported” coronavirus had been found in the northern Ningxia region in a patient who travelled from Iran.

The patient—whose nationality was not given—arrived from Tehran in the city of Zhongwei via Moscow, Shanghai and Lanzhou, in neighbouring Gansu province.

The report detailed minutiae of the patient’s journey, from seat numbers to the type of face mask worn, and urged anyone who may have had contact to come forward.

It included the patient’s hotel room number and even noted the use of a massage chair at the railway station.

China has locked down tens of millions of people in the outbreak’s epicentre, Hubei province, and told millions more across the country to stay home. 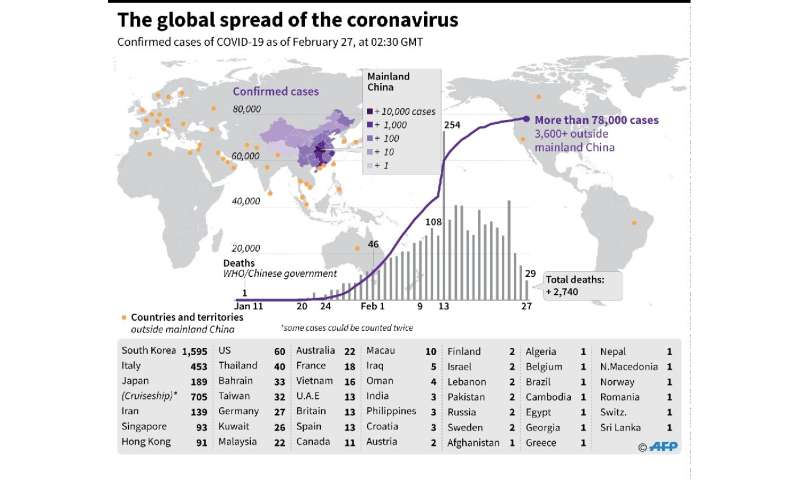 Schools and tourist sites have been closed, with dozens of sporting, cultural and business events cancelled in containing the outbreak, which has killed over 2,700 people and infected some 78,000.

The World Health Organization has praised China’s efforts and the official number of new cases has been generally declining—even allowing for some confusion after officials changed counting methods and revised figures.

Sixteen provinces and regions have lowered their emergency response level to the virus, according to state news agency Xinhua, and started to relax some controls.

But worries about the new risk of imported infections were spreading on social media.

A hashtag about the Ningxia case ratcheted up a huge 100 million views on China’s Twitter-like Weibo platform.

“So many domestic efforts can’t be wasted because of the overseas arrival!” one online user wrote, echoing the complaints of many online users.

One user pointed out that the patient came back into China along the route of the Belt and Road Initiative—President Xi Jinping’s signature global infrastructure project.

People coming into China from Japan and South Korea should not be given “preferential treatment which could help them easily break through China’s prevention and control network,” said the nationalistic Global Times.

Fears were also growing about China’s own quarantine system after an infected woman from Hubei was found to have returned to Beijing.

The justice ministry said the woman had been released from Wuhan women’s prison—where nearly 300 cases have been reported—and went to Beijing.