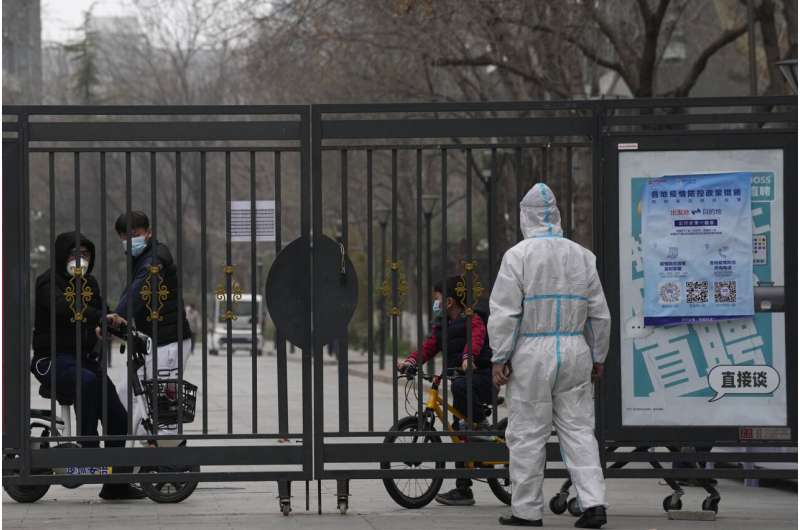 China’s government responded Sunday to a spike in coronavirus infections by shutting down its southern business center of Shenzhen, a city of 17.5 million people, and restricted access to Shanghai by suspending bus service.

Everyone in Shenzhen, a finance and technology center that abuts Hong Kong, will undergo three rounds of testing after 60 new cases were reported Sunday. All businesses except those that supply food, fuel and other necessities were ordered to close or work from home.

Case numbers in China’s latest infection surge are low compared with other countries and with Hong Kong, which reported more than 32,000 on Sunday. But mainland authorities are enforcing a “zero tolerance” strategy and have locked down entire cities to find and isolate every infected person.

On the mainland, the government reported 1,938 new cases, more than triple Saturday’s total.

About three-quarters, or 1,412 cases, were in Jilin province in the northeast, where the industrial metropolis of Changchun was placed under lockdown on Friday and families were told to stay home after a spate of infections. 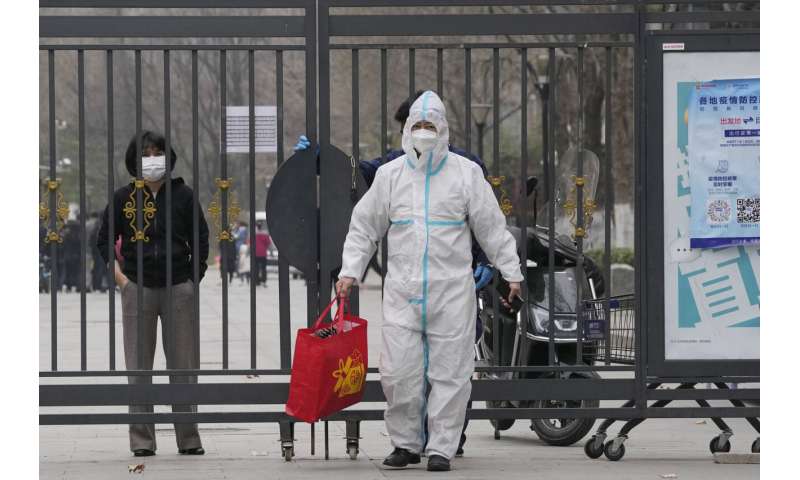 China, where the first coronavirus cases were detected in late 2019 in the central city of Wuhan, has reported a total of 4,636 deaths on the mainland out of 115,466 confirmed cases since the pandemic started.

In Shanghai, China’s most populous city with 24 million people, the number of cases in the latest surge rose by 15 to 432.

The city government called on the public not to leave unless necessary. It said intercity bus service would be suspended starting on Sunday.

“Those who come or return to Shanghai must have a negative nucleic acid test report within 48 hours before arrival,” said a city health agency statement.

In Hong Kong, a health official warned the public not to assume the territory’s deadly coronavirus surge was under control as the government reported 190 new fatalities, most of them elderly people, and 32,430 new cases. That’s down from above 50,000 after stringent travel and business curbs were imposed. 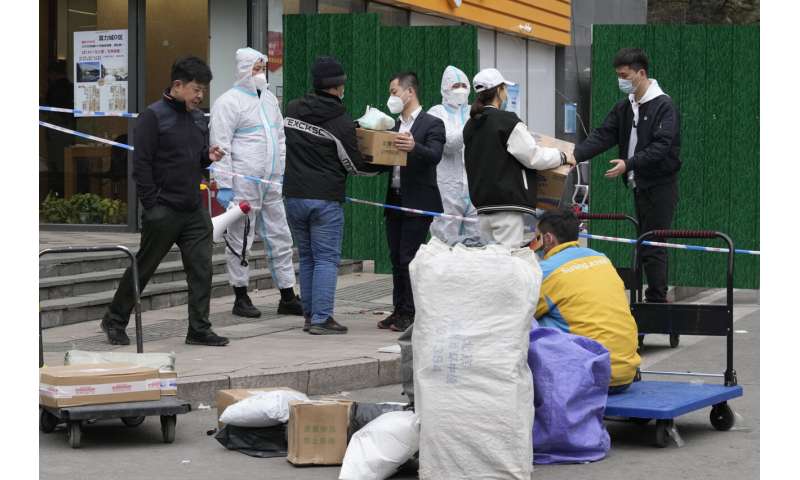 Hong Kong, a crowded financial hub of 7.4 million, is trying to contain an outbreak that has killed 3,993 people, most of them in the latest surge driven by the omicron variant, and swamped hospitals.

“People should not get the wrong impression that the virus situation is now under control,” said Dr. Albert Au, an expert with the government’s Center for Health Protection. “Once we let our guard down, it’s possible that (infections) will bounce back and rise again.”

Construction crews sent from the mainland have built temporary isolation centers in Hong Kong for thousands of patients.

On the mainland, 831 new cases were reported Sunday in Changchun, 571 in the nearby provincial capital city of Jilin and 150 in the eastern port city of Qingdao.

Authorities in Jilin are stepping up anti-disease measures after concluding their earlier response was inadequate, according to Zhang Yan, deputy director of the provincial Health Commission. 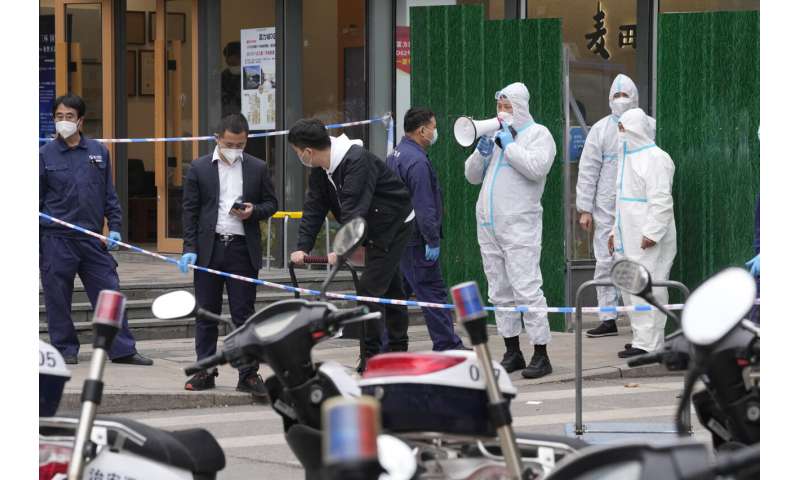 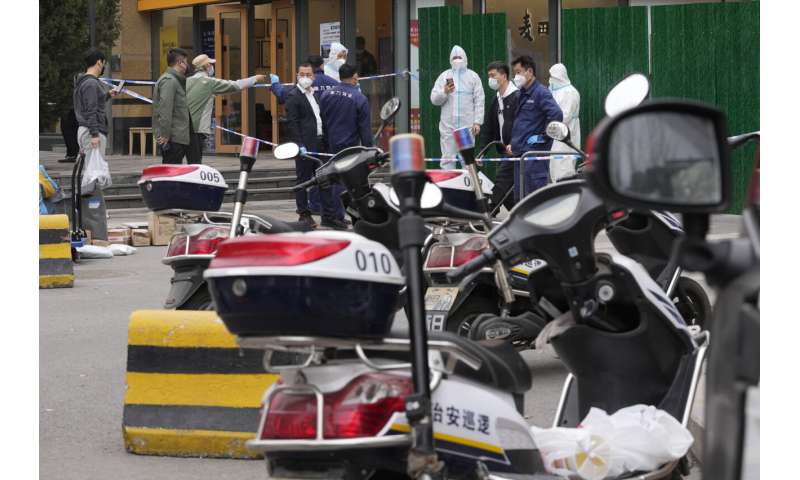 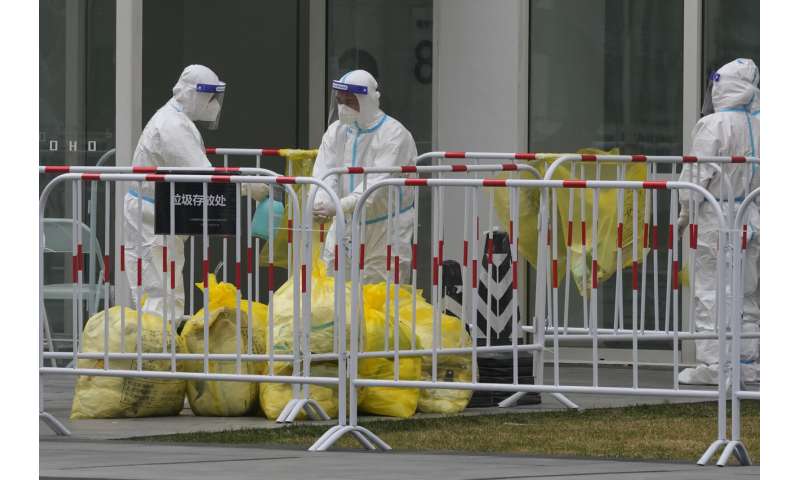 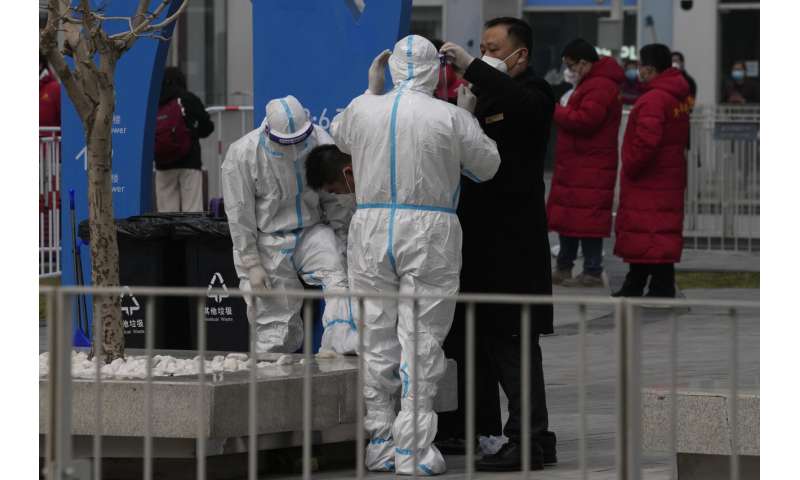 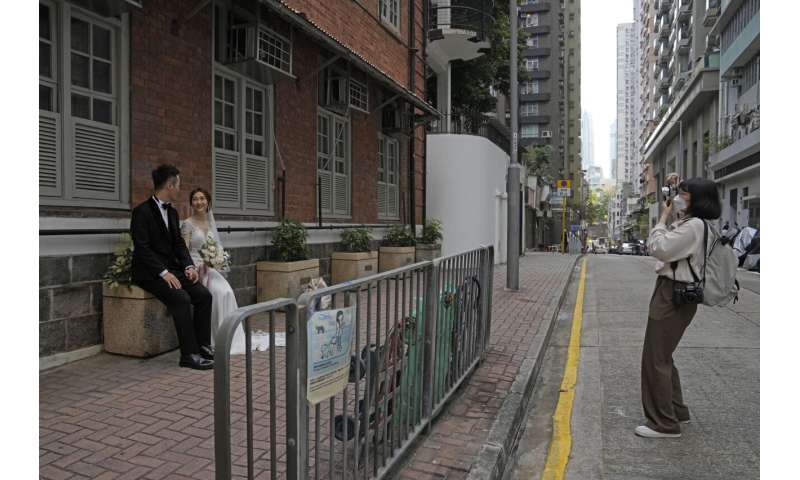 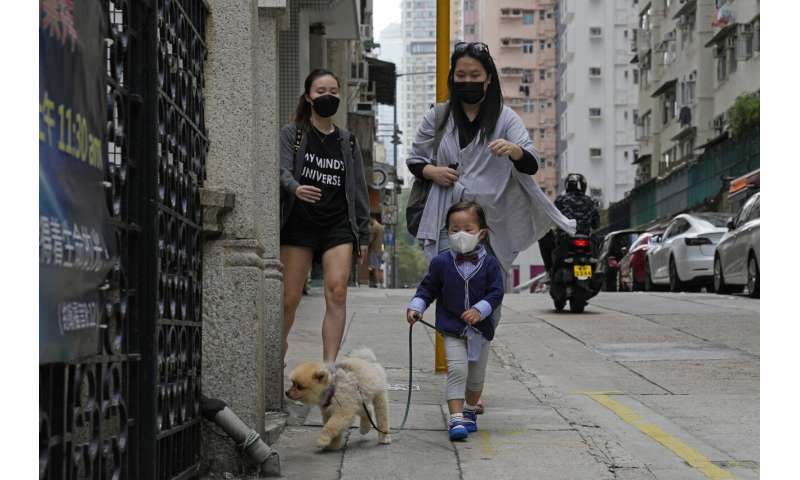 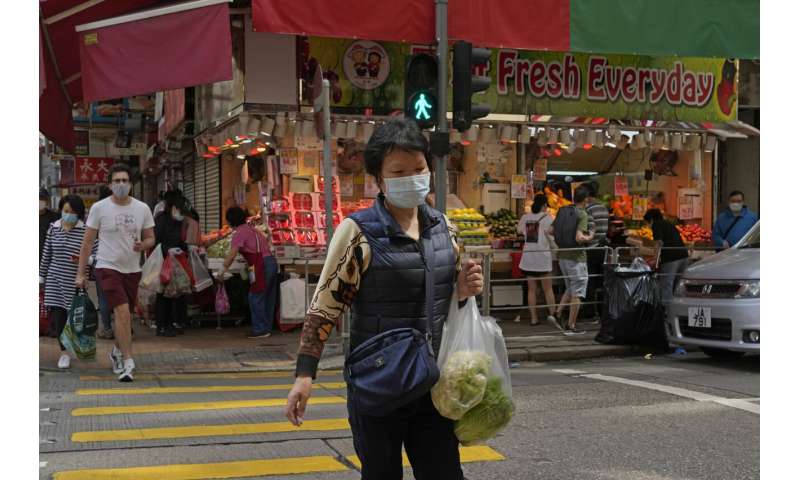 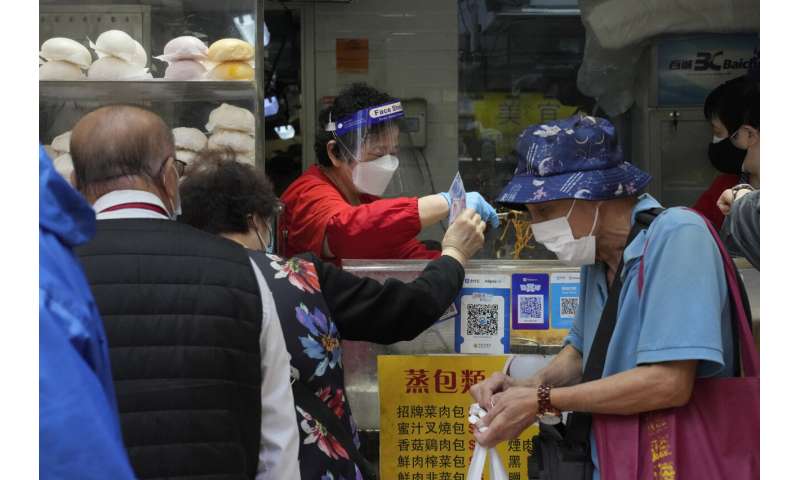 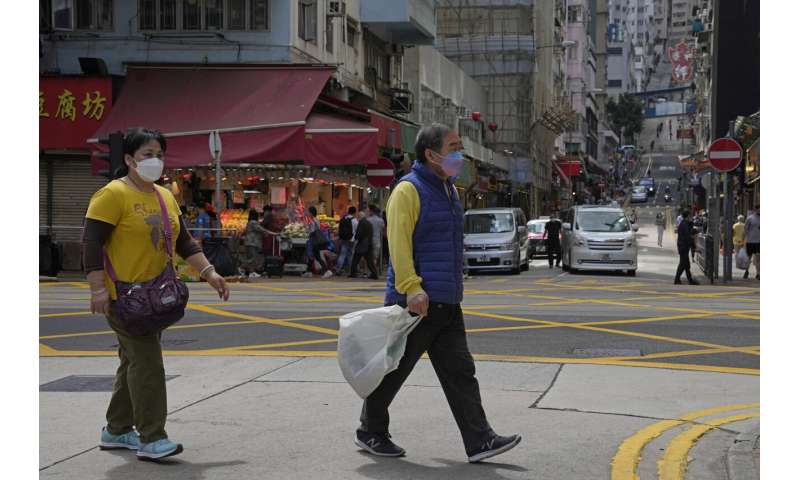 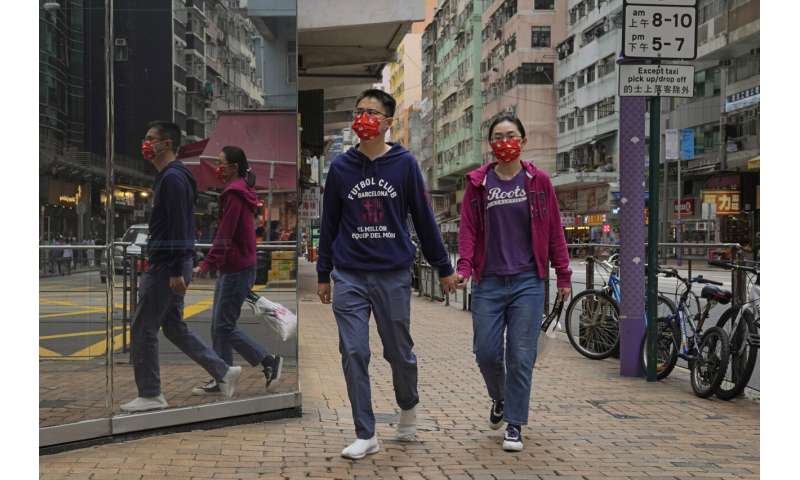 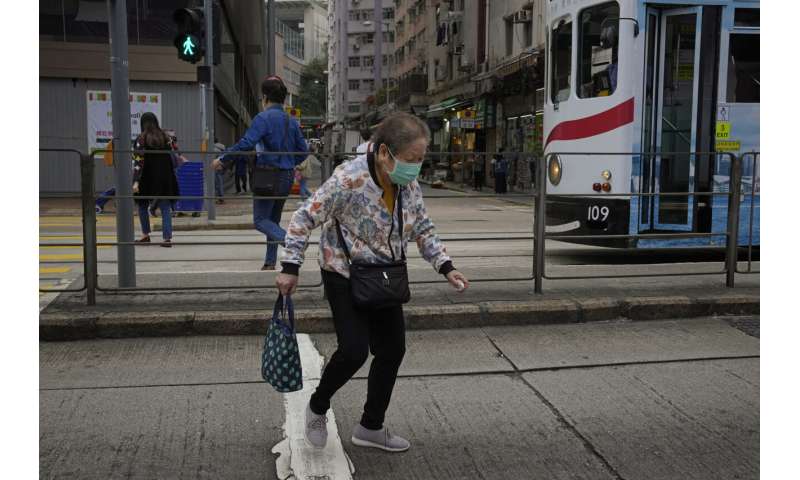 “The emergency response mechanism in some areas is not sound enough,” Zhang said at a news conference, according to a transcript released by the government.