Just a few taps on Instagram, for example, and one is taken far from the world of avocado brunches and deep into the realm of "anti-vax" conspiracies, ranging from pseudo-scientific vindications for the disgraced British former doctor Andrew Wakefield's bogus links between the MMR jab and autism in children, to hashtags such as #vaccineskill (with some 18,245 posts), to mocked-up images of youngsters punctured by a barrage of needles. 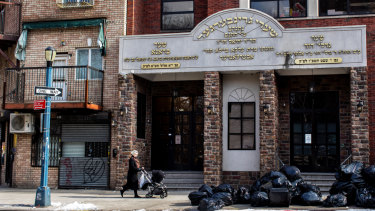 "I think it is irresponsible to not vaccinate," she says, given measles is deadly in one in every 1000 cases, while infection can damage the entire immune system and lead to serious complications such as pneumonia and encephalitis (inflammation of the brain).

Although Larson admits Rockland County's public ban is perhaps a step too far, "I wouldn't wait until there is a crisis", she says. "If I were in government I would seriously consider putting requirements in place. Going to school, I don't think it's unreasonable to say a child needs to be vaccinated because they put others at risk."

Rebecca Whitfield (not her real name) has just returned to her home in the English county of Hampshire with her partner and three-year-old son from a five-week trip to Thailand (she eschewed travel jabs).

A therapist, Whitfield decided not to vaccinate her son after seeing the children of friends react badly to jabs but also, she says, because he was born two months premature and she did not want to subject him to any more needles once he left hospital. 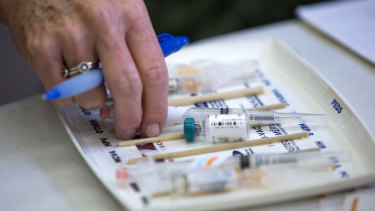 Ann Rowland sorts immunisations as she waits for a patient in Portland, Oregon.Credit:New York Times

"The way we live our life is to stay well and really focus on being healthy," she says. "There are vaccinations now for things that wouldn't even make a child that ill. I don't want him to suffer, obviously, but he never gets ill. I really don't understand this need to protect ourselves from things that won't do our child too much harm."

Stressing she is "pro-choice rather than anti-vaccine", she admits she has been criticised for her approach and lost one friend altogether. Another mother from an affluent area of south London (who also wishes to remain anonymous), says she, too, is wary of admitting that she hasn't vaccinated her five-year-old daughter.

"There's not enough information out there," she says. "You're just told, if you don't vaccinate your kids they'll get measles, and you're a stupid hippy. You're chastised by the health system if you don't do things by the book, in the same way as if you don't breastfeed. It's really hard as a parent to navigate."

Certainly, the public health community has little time for such arguments. According to Professor Helen Stokes-Lampard, chairman of the Royal College of GPs, "one unvaccinated child is one too many" and recent measles outbreaks are a sharp reminder of how serious the disease can be. 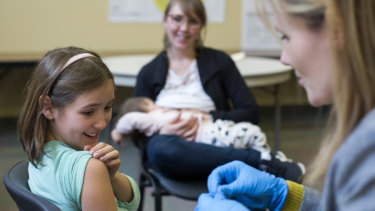 A nine-year-old rolls up her sleeve for a vaccination in Oregon in February of this year.Credit:New York Times

"We need to cut through the fake news, with evidence-based, easy-to-understand health advice for patients," she says. "They should feel equipped and confident to challenge any spurious claims they might encounter so that they can make sensible, informed decisions about the long-term health and well-being of their children."

The spectre of British doctor Andrew Wakefield, drummed out of the British medical profession for his 1998 paper that made a link between MMR and autism, still looms large over the vaccine info-wars.

Twenty years on, he has rehabilitated his reputation in the US to such an extent that he is in a relationship with supermodel Elle Macpherson, and has amassed avowed supporters who fervently believe his professionally debunked claims.

Anna Merlan, a US-based journalist and author of a forthcoming book, Republic of Lies, on the rise of conspiracy theorists in America, has interviewed Wakefield, shadowed him giving talks on a cruise ship and attended a sell-out screening of his documentary, Vaxxed, in New York.

"He is very charismatic and feeds into long-standing suspicions [in the US]," she says. Whenever asked about his exile from Britain, she says he is "able to skilfully talk about it as a vendetta against him by a medical establishment who felt he was getting too close to the truth". 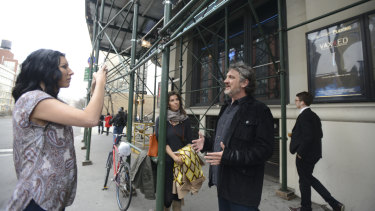 Del Bigtree, a producer and co-writer of the film Vaxxed, is filmed at the premiere in New York on April 1, 2016. Credit:New York Times

Campaigners hope such voices will soon be muted. Earlier this month, Facebook agreed to ban adverts with anti-vaccination content while Instagram says it will also introduce controls.

"There is a lack of information out there, apart from a few very vociferous people shouting loudly," says Professor Arne Akbar, president of the British Society of Immunology. "People are being bamboozled and misled."