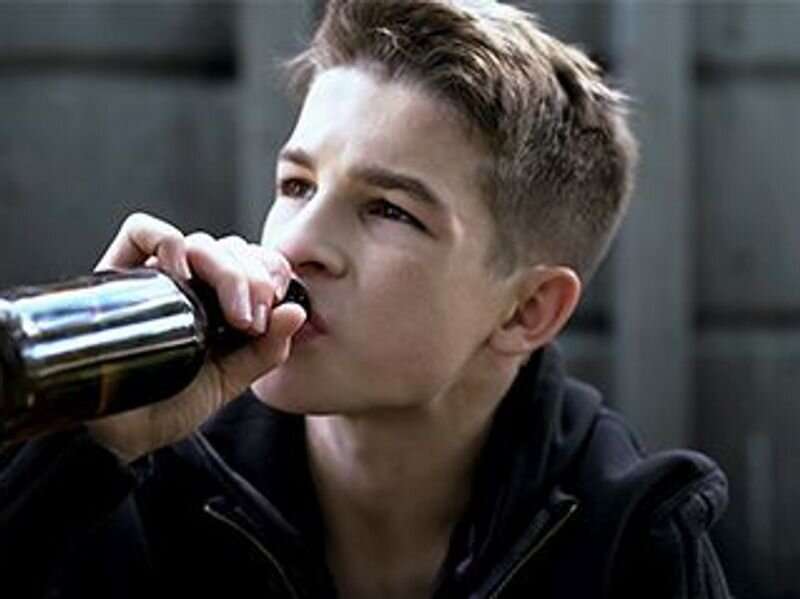 For teens who are obese, weight-loss surgery can be life-changing—but not always in a good way.

A new study finds a troubling downside to weight-loss surgery among 13- to 19-year-olds: They’re at increased risk of alcohol use disorders. And their risk stays higher for up to eight years after their surgery.

“We have to be honest about both the risks and benefits of these procedures,” said study co-author Dr. Thomas Inge, director of adolescent bariatric surgery at Ann & Robert H. Lurie Children’s Hospital of Chicago.

About 200,000 weight-loss (or “bariatric”) surgeries were performed in the United States in 2020, according to the American Society for Metabolic and Bariatric Surgery (ASMBS). And while these procedures have benefited many teens, some have gone on to develop heart problems or had trouble getting adequate nutrition after their surgery.

Now, Inge and other researchers report that teens who have had weight-loss surgery are also more likely to develop alcohol use disorder. That’s based on tracking 217 teens for eight years and comparing their alcohol use before and after their surgery.

The study found they had eight times the odds for hazardous drinking, a pattern of alcohol use with a risk for harmful consequences; and five times the odds of showing symptoms of alcohol-related harm.

They were also 13 times more likely to have alcohol-related legal, domestic, employment or financial problems.

While Inge called the findings troubling, he cautioned against concluding that weight-loss surgery is a direct line to teen alcohol abuse.

“Adolescence has many challenges already associated with it, including all of the typical vices that sometimes occur with this developmental stage,” including alcohol experimentation, he said. As such, it shouldn’t come as a complete surprise that teens who have had bariatric surgery also experiment with alcohol use, Inge noted.

But some dynamics are especially problematic and concerning for these teens, he added.

Because these surgeries remove portions of the gut, alcohol is absorbed into the bloodstream much more quickly, leading to more rapid impairment. And for teens who are suddenly thrust into active socializing after leading more isolated lives before their surgery, the situation may overwhelm their coping skills.

“Adolescents are at a unique time in life as most people have the first experience with alcohol in the young adult years in the general population,” she said. In addition, many patients have increased confidence and social interactions after weight-loss surgery as their health and well-being have improved.

“The overlap of increased sensitivity to the effects of alcohol, the timing of common experimentation with alcohol, and increased confidence in social interaction lends itself to an increased risk” for alcohol use disorder, LaMasters said.

These rapid changes in life circumstances in combination with other developmental challenges of adolescence can be difficult.

Inge added, “I feel like these young adults can get overwhelmed by all of these dynamics, and so use of alcohol may become a negative consequence.”

He pointed out that alcohol use disorder is also more widespread in adults who have had bariatric surgery than in the general population, though the link is weaker than in teens. Inge said adults are not dealing with the same types of stress as teens and they drink more than their younger counterparts to begin with.

“Adults have already moved through these adjustments, so they tend to not have as many psychosocial struggles,” Inge said.

LaMasters said bariatric surgeons share the concern for alcohol use disorders in both adolescent and adult patients.

“We know there are changes that occur in the way the body responds to alcohol after metabolic bariatric surgery related to changes in anatomy,” she explained.

Inge said he’s concerned that the study findings may lead families to shy away from weight-loss surgery even when it may be in the best interest of their teens.

“These procedures typically have very positive overall outcomes for patients, so using this information to discourage this option concerns me,” he noted.

He said more research is needed to understand the link between bariatric surgery and alcohol use disorder. In particular, it’s important to investigate the role of addiction transfer—in which individuals can shift or transfer an addiction from one substance to another.

“We need more information about this concept in order to make appropriate medical decisions,” Inge said

While the findings are important, LaMasters said that the lack of a similar control group is problematic, as is the participants’ age.

“Most of these people had bariatric surgery before the legal drinking age and had low alcohol use pre-surgery that increased as they aged into the most common years for alcohol use,” she said. “In the eight-year follow-up period there are vast expected changes from a 17-year-old to a 25-year-old person.”

Still, LaMasters and Inge agreed, the study does highlight the particular vulnerability of teens, and doctors can use this knowledge to increase positive outcomes for their bariatric surgery patients. Inge said it’s important to involve mental health experts in the process.

The findings were recently published online in the Annals of Surgery.