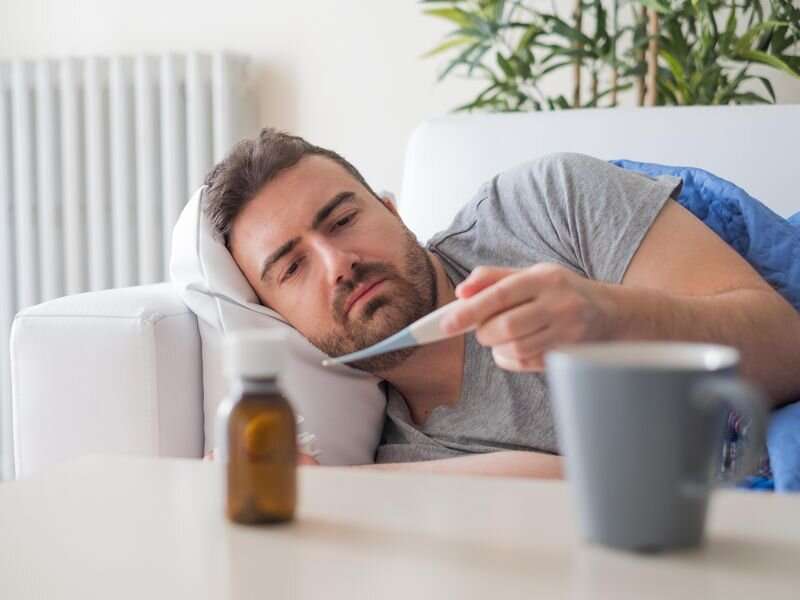 If you get infected with COVID-19, the time from infection to possible onset of symptoms—the incubation period—is significantly shorter now than it was at the beginning of the pandemic, new research shows.

Researchers in China who looked at data from 142 different studies found that people who got infected with the Alpha variant—the one that emerged in Wuhan in late 2019—had an incubation period averaging five days.

By the time the Omicron variant arrived, incubation had shortened to less than 3.5 days, on average, the investigators reported.

The findings have real-world importance, because “identifying the incubation period of different variants is a key factor in determining the isolation period” for folks testing positive for COVID-19, the research team explained.

The new study was led by Min Liu, of the Department of Epidemiology and Biostatistics at Peking University’s School of Public Health in Beijing.

The researchers examined data on incubation periods from a myriad of studies conducted throughout the pandemic. A total of more than 8,100 COVID-19 patients were included.

“The findings of this study suggest that SARS-CoV-2 has evolved and mutated continuously throughout the COVID-19 pandemic,” Liu’s group said. The virus has constantly changed in terms of its ability to transmit between people, its level of severity, and its incubation period.

Focusing on incubation, the researchers found that the early Alpha variant COVID virus had an average incubation of five days before symptom onset.

When the Beta variant emerged in May 2020, that incubation rate had shortened to about 4.5 days.

The more highly transmissible Delta variant came on the scene in 2021. Its incubation period was even shorter, about 4.4 days, on average.

Incubation time became significantly shorter with the advent of the Omicron variant, however: Just 3.4 days, on average, according to the Chinese team.

They noted that when COVID-19 first emerged in its Alpha variant, its five-day incubation period was much longer than that seen with other common viral illnesses.

Liu and colleagues stressed that the numbers in their study are only averages, and incubation for any one COVID-19 patient could still vary widely. “In this study, the shortest mean incubation reported was 1.8 days and the longest incubation was 18.87 days,” they pointed out.

A shortening of the average incubation period for COVID-19 over time could affect recommendations for self-isolation.

“At present, some countries around the world require close contacts to be isolated for 14 days,” Liu’s group said. “However, with the shortening of the incubation period of new variants, the isolation period can be adjusted appropriately to reduce the pressure on the health system.”