News of the star’s ill health emerged back in September 2009 after he was taken ill with “serious flu-like symptoms”, and it was from here that doctors discovered that the cancer he had had spread to other parts of his body. Having passed away at his home in Venice, California, surrounded by his loving family, stars and fans immediately sent their consolidations, with John Nolte, editor-in-chief of the Big Hollywood blog writing at the time: “Great actor. Great director. Great American. Terrible loss. God bless the wild man with the gentle soul. May he rest in peace.”

Described as a “Hollywood Rebel” in homage to Hopper’s early role opposite James Dean in the 1950s cult classic Rebel Without a Cause, towards the end, the star knew that his illness was terminal.

Nolte commented on this, adding: “We all knew this was coming, but that does not lessen the blow.”

In fact, throughout his life Hopper’s health history was relatively turbulent, with his private life often plagued by tales of drinking and drug-taking.

In the past he had confessed to using cocaine in order to “sober himself up” only to then binge on more alcohol.

DON’T MISS: Pancreatic cancer symptoms: Four signs in your poo to look out for – ‘contact your GP’ 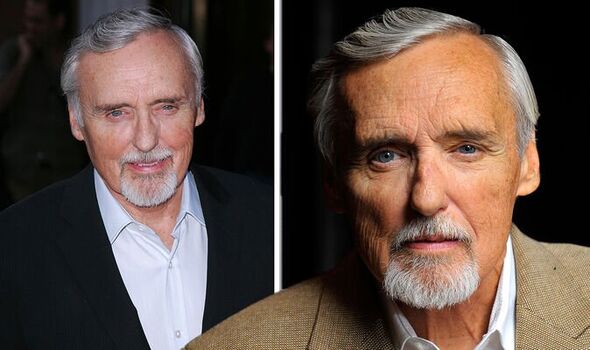 The star’s experience with heavy drug and alcohol use climaxed in him being admitted to a psychiatric ward in 1984 after experiencing violent hallucinations.

Despite his tumultuous private life and lifestyle habits, it was a battle with prostate cancer which started in 2009 – after first battling the same illness 10 years prior – that would lead to Hopper’s death.

Unlike his first run-in with the serious condition, Hopper’s prostate cancer had metastasised, meaning it had spread to other parts of his body. In Hopper’s case, it reached his bones.

At the time the actor was appearing in a television version of the movie Crash. Just weeks before his death, Hopper looked frail when he received a star on the Hollywood Walk of Fame, surrounded by friends including Jack Nicholson and Blue Velvet director, David Lynch.

Although many people think that prostate cancer is slow growing, which to a certain extent is true, the disease remains one of the most common cancers for men, affecting around 52,300 people in the UK every year.

Whilst in many cases this would not lead to death, early diagnosis remains one of the most important factors in order to make a full recovery more likely.

It is stories like Hopper’s that reminds individuals of the very real risk that prostate cancer can still pose if individuals do not regularly get tested. Tests like the PSA (prostate specific antigen) test or the digital rectal exam (DRE) screens for enlarged prostates and helps to monitor and track for velocity, or speed of growth and fluctuation. 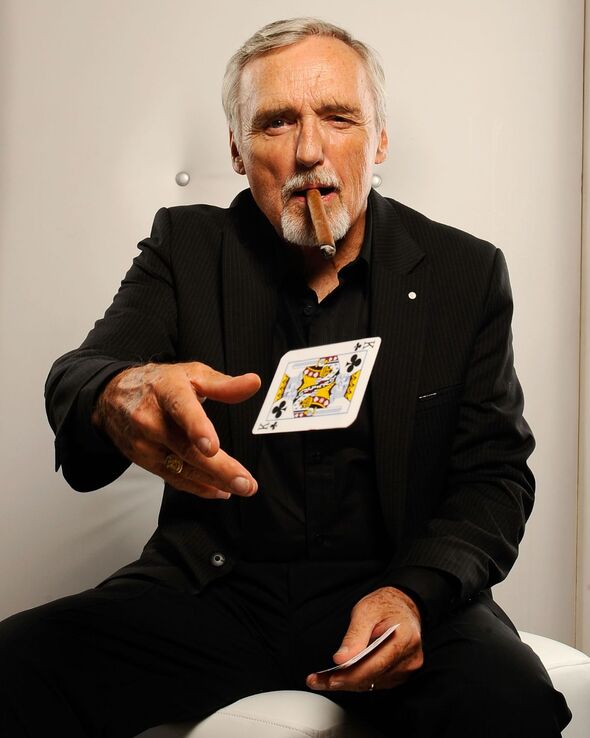 In addition, when prostate cancer is suspected, it is best confirmed by a biopsy and a subsequent “Gleason” score – an important marker for prostate cancer.

Prostate Cancer UK, a leading charity, recommends that individuals may want to speak to their GP if they are over 50 (or over 45 if you have a family history of prostate cancer or are a black man), even if they don’t have any symptoms. These are all things that can increase your risk of prostate cancer.

Alternatively, for some individuals, when the cancer grows near the urethra (the tube you urinate through), it can change the way they urinate. Although this may only be a sign of an enlarged prostate, Prostate Cancer UK recommends individuals still get the below symptoms checked if noticed. 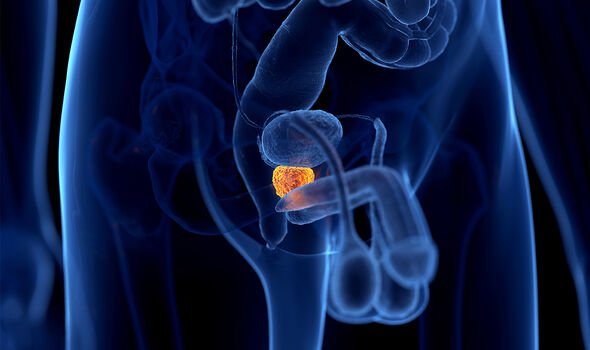 It is when prostate cancer advances and spreads to other parts of the body that other unexplained symptoms may begin to appear. These include:

Once diagnosed, prostate cancer treatment is determined by the stage and development of the disease. For example, if the cancer is at an early stage and not causing symptoms, your doctor may suggest either “watchful waiting” or “active surveillance”. However, for advanced prostate cancer, hormone therapy has shown enormous promise, especially when given in combination with chemotherapy.

Hormone therapy drugs work by reducing the levels of male hormones — including testosterone — that can stimulate the growth of prostate cells (including cancerous ones). This along with surgically removing the prostate are more effective at curing prostate cancer completely.

The NHS notes that all treatment options carry the risk of significant side effects, including erectile dysfunction and urinary symptoms, such as needing to use the toilet more urgently or more often. For this reason, individuals may choose to delay treatment until there’s a risk the cancer might spread.