Scientists have discovered a breakthrough treatment to fight cancer, and claim the disease will no longer be deadly for future generations.

Researchers at the Francis Crick Institute in London believe it is possible to strengthen the body's defences by transplanting immune cells from strangers. Patients will begin to receive the new treatment next year, and the team now wants to establish "immune banks" to store disease-fighting cells. 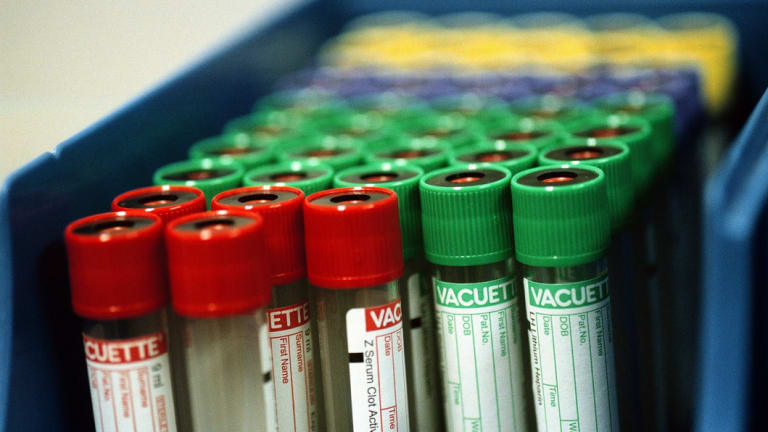 Scientists in London are trialling ‘immune banks’ in a new approach to cancer treatment.Credit:Gabriele Charlotte

Professor Adrian Hayday, an immunology expert and group leader of the immunosurveillance laboratory at the Francis Crick Institute, said scientists and doctors could become more like engineers, upgrading the body rather than bombarding it with toxic chemotherapy.

"Using the immune system to fight cancer is the ultimate do-it-yourself approach," he said.

"Even a few years ago the notion that any clinician would look at a patient and deliver a therapy which wasn't going to directly affect the cancer in any way, shape or form, would have been pretty radical. But that's what's happening.

"We're seeing impressive results with cells called natural killer cells … So you have the possibility of developing cell banks that could be used for anyone. You would call them up and deliver them to the clinic just hours before they were needed to be infused."

Until this year, scientists thought it would be impossible to import a stranger's immune cells, because the benefits would be cancelled out by the immunosuppressant drugs needed to ensure the body did not reject them. But in 2018, scientists realised that immune cells are unlike other cells as they can survive well in another person, opening the door to transplants.

More than 350,000 people are diagnosed with cancer each year, and 30 years ago just one in four people would have survived for 10 years.

But radical advances over the past decade have seen the number of people surviving for at least a decade rise to 50 per cent and the team at The Francis Crick Institute want to make that 75 per cent in the next 15 years.

Professor Charlie Swanton, of the Cancer Evolution and Genome Instability Laboratory at The Francis Crick Institute, said that the ability now to sequence tumours was heralding a new era of medicine tailor-made for a patient.

"It's a very exciting time … Using the body's own immune cells to target the tumour is elegant because tumours evolve so quickly there is no way a pharmaceutical company can keep up with it, but the immune system has been evolving for over four billion years to do just that."

Tumours evolve in a branched way, like trees, but scientists have recently found immune cells in their "trunks", which could be crucial to battling the disease from the base up.

"It's personalised medicine taken to the absolute extreme. Each patients have a unique therapy, it's pretty much impossible to have the same treatment because no two tumours are the same," said Professor Swanton.

The team is also studying a group of people known as "elite controllers", who have genetic mutations that prevent them developing cancer. In mice which have been genetically engineered to have the same mutations, it is almost impossible to induce skin cancer.

"One of the pivotal breakthroughs in HIV was the recognition of people with elite controllers who had mutations in receptors which rendered them resistant to infection and that changed the landscape utterly," added Professor Hayday.

"I would go so far as to say that we might reach a point, maybe 20 years from now, where the vast majorities of cancers are rapidly treated diseases or long-term chronic issues that you can manage. And I think the immune system will be essential in doing that."