In a recent study posted to the bioRxiv* preprint server, a team of researchers from India analyzed the whole genome sequences of the monkeypox virus isolated from monkeypox patients with and without international travel histories to understand the phylogenetic relations and genomic evolution of the virus that could contribute to higher transmission rates. 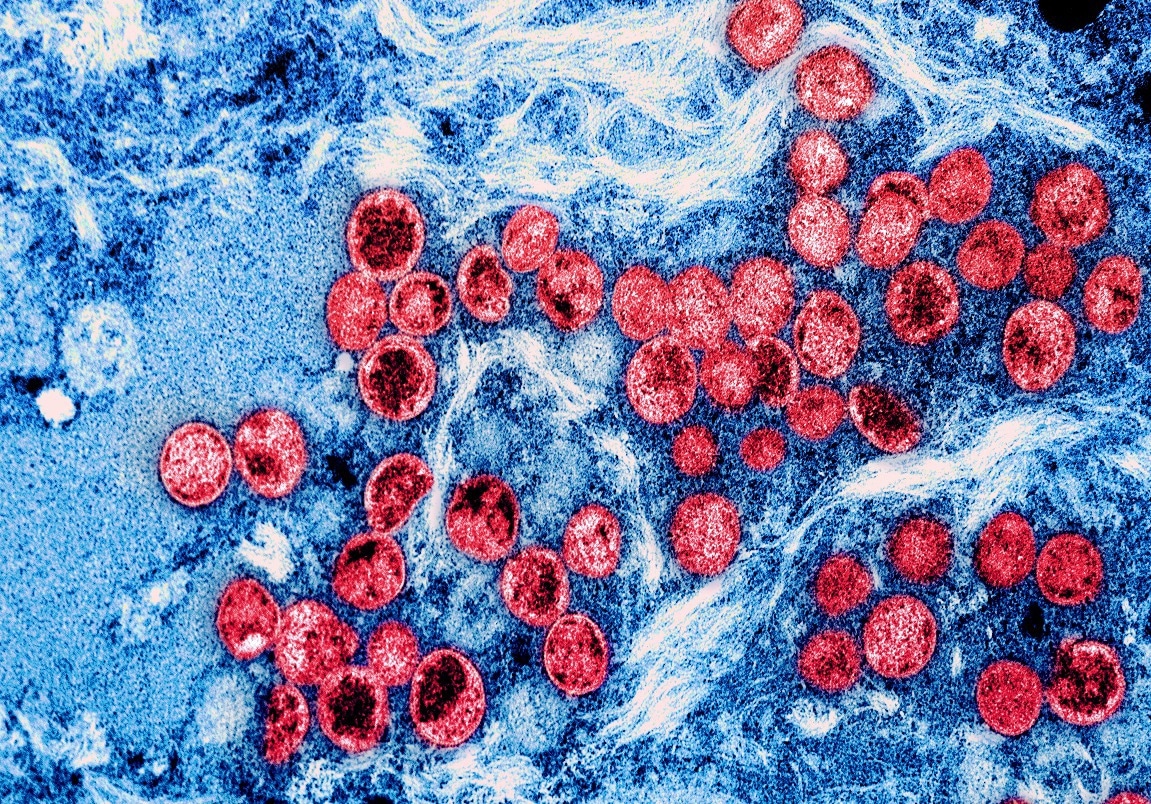 Compilation of the top interviews, articles, and news in the last year.

The monkeypox virus, like the smallpox-causing Variola virus, is an Orthopoxvirus species belonging to the Poxviridae family. It is a double-stranded deoxyribonucleic acid (DNA) virus with a genome that encodes about 190 genes.

The first known human case of monkeypox was in 1970 in the Democratic Republic of Congo, which spread to countries in west and central Africa, with subsequent outbreaks in the United States (U.S) in 2003, and the United Kingdom (U.K) in 2018. The genome studies carried out by the World Health Organization (WHO) recognized two major clades — Clade I (Congo Basin clade) and Clade II (West African clade), with two subclades in Clade II. The 2022 global outbreak of monkeypox has been linked to Clade IIb.

Viruses from the Poxviridae family have exhibited high inter-and intra-species recombination frequencies. Clades I and II had a genetic distance of 900 bp. The genetic changes could render transmission and infection advantages to the virus. Therefore, whole genome analyses of the circulating strains of the monkeypox virus are essential in the surveillance of the disease.

The present study collected samples from nasopharyngeal and oropharyngeal swabs, lesion crusts, and fluids from 96 individuals suspected of having monkeypox. The positive cases were identified based on real-time polymerase chain reaction (PCR) using monkeypox-specific primers.

Next-generation sequencing was used for the genomic characterization of the positive samples. In addition, phylogenetic analyses were carried out on a final dataset consisting of genome sequences generated in this study and 75 sequences from the NCBI (National Center for Biotechnology Information) and GISAID (Global Initiative on Sharing Avian Influenza Data) databases that were generated pre- and post-2022 monkeypox outbreak.

The study retrieved 90% to 99% of the monkeypox genome from the lesion crust and fluid samples from all the positive cases. The phylogenetic trees placed the 10 samples from India in Clade IIb lineage A.2, along with eight other samples from the U.S., Thailand, and the U.K.

Studies have linked the short-term evolution of the monkeypox virus with mutations in the apolipoprotein B editing complex (APOBEC3) genes that result in cytidine deaminase activity. Genome analysis from the present study revealed 13 new APOBEC3 mutations and 16 single nucleotide polymorphisms (SNPs), which the authors believe to be lineage-defining changes within the A.2 lineage. The study also identified 25 additional APOBEC3 mutations in the monkeypox strains circulating in India.

The monkeypox sequences from India were divergent from earlier lineages, such as B.1 from European countries like Germany, Italy, and France, and the 2017-2018 A.1 lineage from Nigeria, Singapore, and Israel.

To summarize, the study reports 13 new mutations in the monkeypox virus APOBEC3 gene that could potentially be involved in the evolution of the virus. Additionally, the results also uncovered 16 new SNPs that, along with the APOBEC3 mutations, resulted in samples from India forming the lineage A.2.1. The authors believe that mutations in the Orthopoxvirus genes are associated with increased virulence through immune suppression in the host.

Furthermore, genes in the terminal region of the monkeypox virus and other Orthopoxvirus species are responsible for host adaptation and transmission. Therefore, genome-wide studies to understand the role of these genes and the monitoring of emergent mutations are imperative to contain the spread of monkeypox.