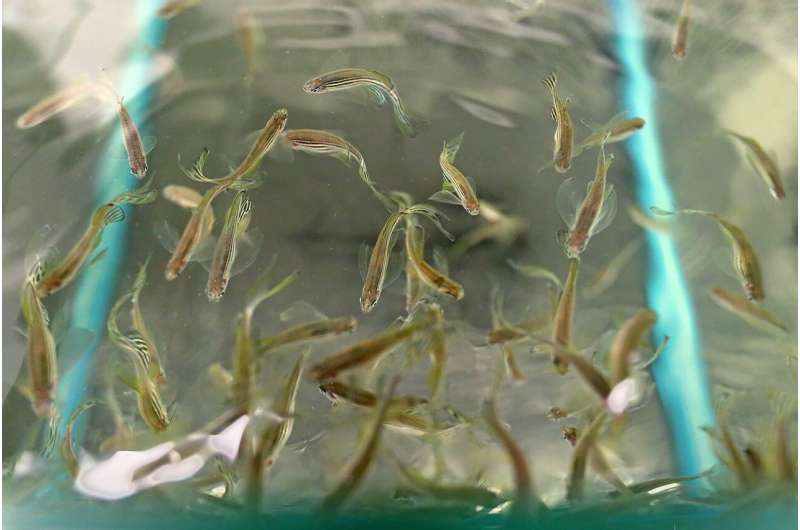 A group of scientists, which included researchers from the Ural Federal University (UrFU), has developed and successfully tested a new model of traumatic brain injury (TBI) in zebrafish. The use of this model made it possible to simulate TBI and identify molecular targets that are promising for the treatment of neurotraumas and their consequences. This paves the way for preclinical testing of new neuroprotective drugs on zebrafish. An article describing the studies was published in Pharmaceutics.

The most common experimental models of traumatic brain injury in both rodents and zebrafish, such as a mechanical blow to the head or piercing the brain with a needle, are associated with penetrating damage to brain tissue. In the new model, it was possible to study the fish relatively safely. Due to the fact that the skin and skull of the variety of zebrafish used are transparent, scientists “enlightened” the brain directly, and non-invasively. Their method is based on irradiating the brain of fish using a unique laser system with a precise guidance system. It was specially designed for this purpose.

“Moreover, in this work, the localization, power, and duration of laser irradiation were carefully adjusted and optimized. Our method made it possible to target the brain of fish, despite their small size. Therefore, all unwanted damage was excluded. The surface tissues of the organism were not subjected to destructive effects, and no one fish died as a result of irradiation,” says Allan Kalueff, the head of the study.

10 minutes after laser irradiation, the fish regained consciousness. In the first two days, the irradiated zebrafish moved much less actively: less often, more slowly, covering shorter distances, and often freezing in place for a long time. This was indicative of serious disturbances in the normal behavior of the fish. The fact that their reactions accurately reproduced the behavior of mammals and humans with TBI indicated the reliability of the developed model.

At the same time, after analyzing several molecular biomarkers of neuroinflammation, damage, and recovery of neurons, scientists were convinced that, unlike mammals, zebrafish are capable of full restoration of brain functions as early as a week after neuroinjury. Therefore, fish are of particular interest for identifying and studying the mechanisms of neuroregeneration and for preclinical testing of appropriate drugs.

“We have evaluated several potential molecular targets to identify the mechanisms of therapy for traumatic brain injury and their consequences. The results obtained showed that, firstly, during the entire period of observation, microglia were activated in the brain of zebrafish. These are cells of the central nervous system that both eliminate cellular debris and other harmful factors and start regenerative processes. Apparently, the activation of microglia plays an important role in the body’s response to primary traumatic brain injury in its acute phase. At the same time, prolonged and excessive activation of microglia can cause further brain damage. Thus, the regulation of microglial activity may represent a promising approach in the treatment of TBI,” says Allan Kalueff.

Secondly, one of the biomarkers, the brain-derived neurotrophic factor (BDNF), which supports the reproduction, survival and development of neurons, attracted attention of the scientists. Significantly decreasing immediately after irradiation, BDNF expression jumped up to the level of fish from the control group on the seventh day.

“We believe that BDNF contributes to the survival and full functional recovery of damaged brain tissue in this new TBI model. Thus, this protein, as well as its analogs, may have a special therapeutic potential in TBI,” says Allan Kalueff.

The conducted studies and the results obtained are of great practical importance in the treatment of people. Neurotrauma affects about 60 million people worldwide every year, often resulting in hospitalization, permanent disability, and death. The most common causes of such injuries are shocks, blows, falls, penetrating head injuries, for example, due to sports, traffic accidents or attacks. It is also important that TBI can predispose one to serious neurodegenerative disorders such as Alzheimer’s and Parkinson’s diseases.