Studies of the mouth, brain and spinal fluid which can flag up the disease found those with higher amounts of harmful gum bacteria were more likely to have the proteins. Alzheimer’s is believed to be caused by two proteins, amyloid beta and tau. Amyloid beta plaques clump together and destroy brain cells, triggering devastating memory loss and confusion.

They believe “deep cleanings” to remove deposits of plaque and tartar from under the gumline may change the brain amyloid and prevent Alzheimer’s.

Lead study author Professor Angela Kamer, a dentist at New York University, said: “To our knowledge, this is the first study showing an association between the bacteria found under the gumline and a marker of Alzheimer’s disease in some normal older adults.

“The mouth is home to both harmful bacteria that promote inflammation and healthy, protective bacteria.

“We found having evidence for brain amyloid was associated with increased harmful and decreased beneficial bacteria.” 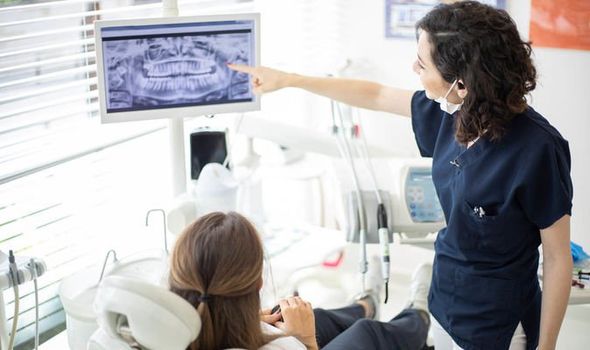 Senior author Prof Mony de Leon, a neuroscientist at Weill Cornell Medicine, New York, said: “The mechanisms by which levels of brain amyloid accumulate and are associated with Alzheimer’s are complex and only partially understood.

“The present study adds support to the understanding that proinflammatory diseases disrupt the clearance of amyloid from the brain.”

Prof de Leon said amyloid changes are often seen decades before tau or the symptoms of Alzheimer’s disease are detected.

Gum disease, which affects up to seven in 10 adults, is caused by inflammation when pockets between the teeth harbour bacteria. 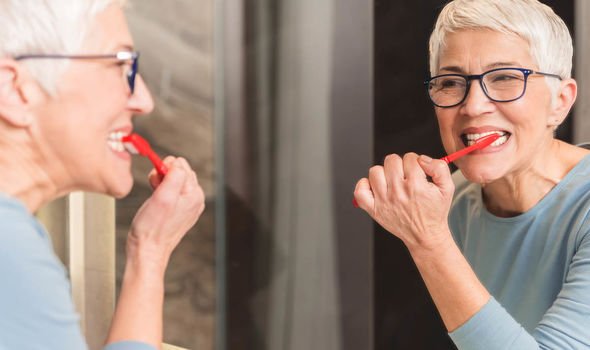 Poor oral hygiene is the main cause of this.

More than 900,000 people in Britain have dementia and our ageing population means that figure is expected to rise to two million by 2050.

Bad mouth hygiene has also been linked to heart disease, cancer and diabetes.