Father, 37, gets into the shape of his life after breaking his spine and losing a kidney in freak work accident when 380kg of wood fell on him

A man who was nearly paralysed when a huge pile of wood fell on him and broke his back has turned his life around and got in the shape of his life.

He couldn’t walk for two years and lost a kidney in the ordeal but he now gets up at 3.30am three times a week to sculpt his physique.

The father-of-one, who lived in Bude, Cornwall at the time, split with his partner during his recovery. He said: ‘I had it all and lost it all’. 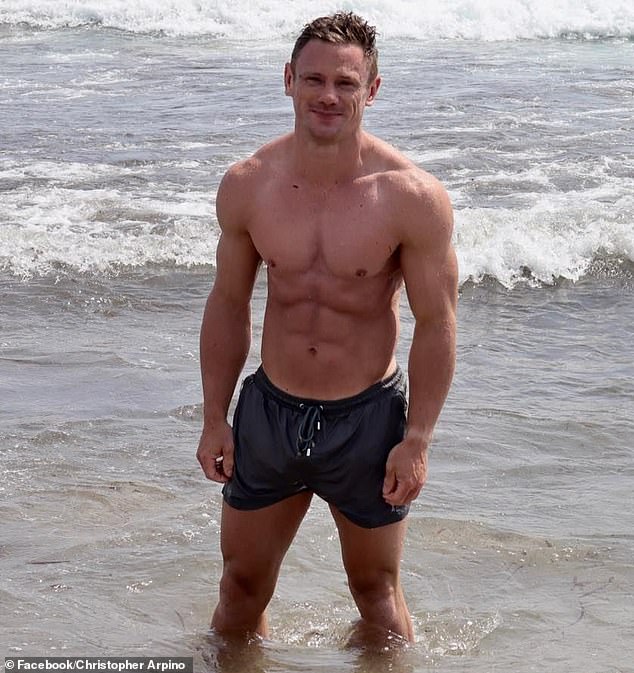 Chris Arpino, a business owner in Cornwall, has bounced back to get into the shape of his life after breaking his back and losing a kidney in a freak accident in 2009

Mr Arpino was trying to move some 8ft by 4ft (2.4m x 1.2m) sheets of wood at work when a pile of them which were leaning against a wall fell on top of him.

Soon afterwards, the bench he had landed on collapsed and the metal parts of it took the weight of the fallen wood.

Mr Arpino was rushed to hospital in Barnstaple with a police car guiding the ambulance so it didn’t hit any potholes and worsen his already critical injuries.

Surgeons had to remove one of his kidneys, which was irreparably damaged in the accident.

And, although his spine was broken, he escaped any serious lasting damage and has been able to get back in the gym – though it has been a long road.

It took two years for him to be able to walk again, during which time he feared ending up in a wheelchair for the rest of his life. 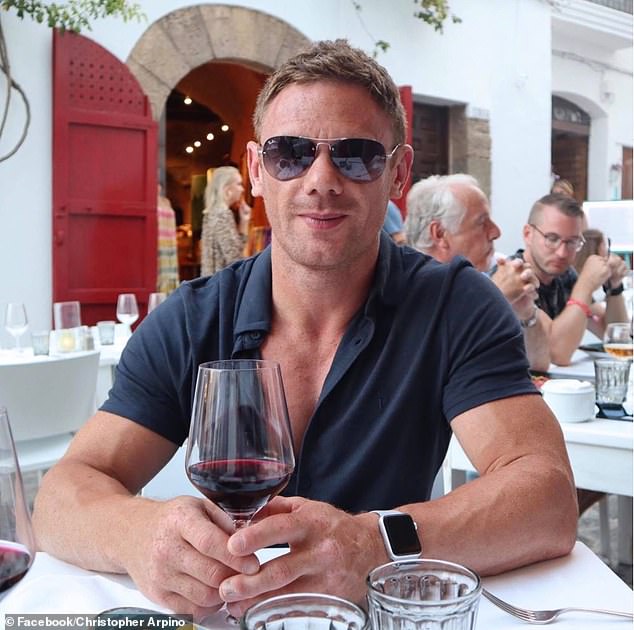 Mr Arpino was trying to move some eight feet (2.4m) long sheets of wood when 17 of them fell on top of him and crushed him onto a bench 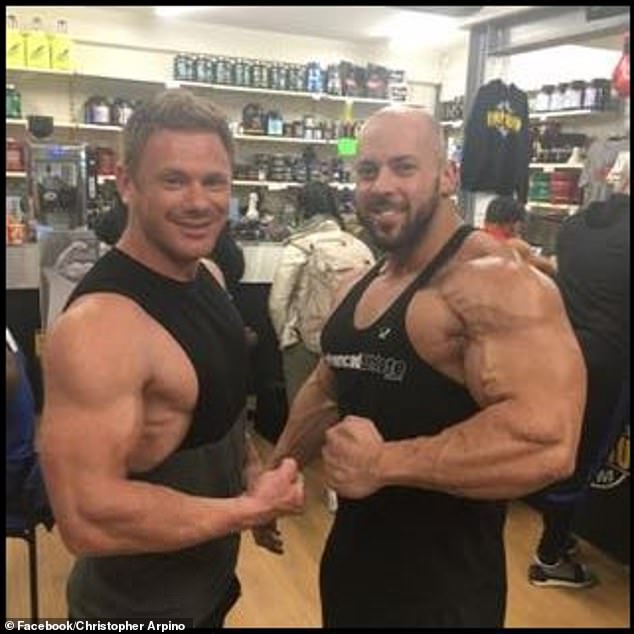 Mr Arpino now wakes up at 3.30am three times a week to work out, before going to work from 6am to 6.30pm then going home to be with his six-year-old daughter

But after returning to normal, Mr Arpino recently decided to take on a personal training programme with a local fitness firm, Ultimate Performance.

After a 12-week transformation he now boasts a six pack and ripped muscles – 10 years on from the freak accident which he says could have ‘sliced him in half’.

To maintain his physique Mr Arpino says he gets up 3.30am to hit the gym, before working from 6am to 6.30pm then spending time with his six-year-old daughter.

‘I had to teach myself to get in and out of a car again, to bend, to sit, to stand, to walk more than 100 yards unassisted,’ he said. ‘It was a very stressful time.’

HOW CAN SPINE INJURIES PARALYSE PEOPLE?

The spinal cord is a long rope of nerves which runs from the base of the brain through the spinal column of the skeleton down to the pelvis.

The nerves inside are vital for sensation and movement and control everything from touch and vision to bodily functions and muscle movement – whether deliberate or automatic.

If nerves in the spine are damaged by physical injury, such as a fall or car crash, or by disease (some types of cancer or genetic defects may damage the back) the patient can lose certain functions.

When nerves are damaged or broken they lose their ability to transmit electrical signals. This effectively either disconnects them from the brain or means only some signals get through.

Because the brain is the body’s control centre, if it cannot communicate with certain parts of the body they lose their sense of feeling and ability to move.

Therefore, people with severe spinal injuries may be left with paralysed legs and arms, lose the ability to feel certain parts of their body, or lose control of their bladder or bowel, for example.

Nerve injuries are complex and difficult to predict – the body regrows nerve fibres in some circumstances but it is a slow process and patients may take years to recover, or never do.