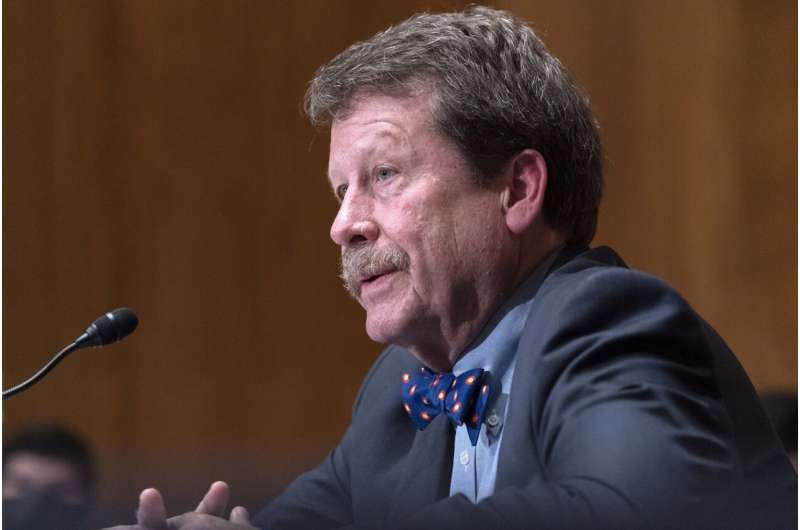 The head of the Food and Drug Administration has asked for a review of the agency’s food and tobacco programs following months of criticism over their handling of the baby formula shortage and e-cigarette reviews.

Tuesday’s announcement comes as FDA Commissioner Robert Califf attempts to push past several controversies that have dominated his second stint running the agency, including the delayed response to contamination problems at the country’s largest infant formula plant.

“Fundamental questions about the structure, function, funding and leadership need to be addressed” in the agency’s food program, Califf said in a statement. The agency’s tobacco center, which regulates traditional cigarettes and vaping products, is facing challenges navigating policy and enforcement issues from “an increasing number of novel products that could potentially have significant consequences for public health,” he said.

Califf said the Reagan-Udall Foundation—a non-governmental research group created by Congress to support FDA’s work—would convene experts to deliver evaluations within 60 business days of both the food and tobacco operations. The experts are expected to consult with FDA staff along with outside groups to gather a broad range of opinions. Califf and his team have already begun meeting with outside stakeholders, the FDA noted.

The review announcement comes one day before Califf is scheduled to testify before the Senate agriculture committee about FDA’s oversight of food safety.

More than two dozen consumer groups have called on Califf to appoint one official to oversee all FDA food operations, which are dispersed across multiple centers responsible for nutrition standards, plant inspections and animal food. But Califf told The Associated Press in an interview that he believes more fundamental changes are needed.

“I don’t think structure alone is really the fix, or that leadership alone is the fix,” Califf said. “There’s a consistent concern out there that we need to really fix the fundamentals, which includes all those elements.”

Califf said he agreed with critiques that the food program has been underfunded compared with FDA’s drug program, which receives more than $1 billion annually in industry user fees. The agency recently sought more food funding and authority to help track supply chains in order to head off future shortages.

Parents and politicians also have expressed frustration over the agency’s handling of a recent decision to ban all e-cigarettes from Juul, the leading U.S. vaping company. A federal court quickly blocked the agency’s order. FDA then backtracked further in court, saying it needed more time to review Juul’s application due to its “unique scientific issues.”

The FDA has also struggled to review millions of other applications from vaping companies, prompting multiple missed regulatory deadlines over the last two years.

Califf again cited funding challenges, pointing out that the FDA cannot collect user fees from vaping companies who submit their products. The agency has asked Congress for that authority.

“I don’t think anyone anticipated that there would be 6.7 million vaping product applications that came rolling in during a pandemic that was stressing the entire agency,” Califf said.

Last week, the FDA announced it would miss another deadline to remove thousands of illegal e-cigarettes that use synthetic nicotine. FDA officials specifically asked Congress to give the agency authority over those products, which had used a legal loophole to skirt regulation.

President Joe Biden tapped Califf for the FDA job largely because of his prior experience at the agency, which he briefly led during the Obama administration. A cardiologist and respected researcher, Califf planned to focus his time at FDA on fighting medical misinformation and streamlining the agency’s data systems.

But those efforts have been eclipsed by newer controversies, including political outrage over the formula shortage, which has forced the U.S. to airlift millions of containers of formula from Europe. Recently, the FDA said it would help foreign manufacturers stay on the U.S. market for the long term, in an effort to diversify the formula supply here.

Califf previously predicted the formula shortage could last until July. He said Tuesday that retail data show that supplies have improved with increases in both U.S. production and imports.

“What you’re going to see is a gradual climbing out of the current situation as more and more formula becomes available,” Califf said.

In May, Califf testified before Congress about missteps that slowed the agency’s response to contamination problems at the Michigan formula plant that triggered the shortage. While many of the problems happened before Califf started on the job, he struggled to explain who was ultimately responsible for food safety within FDA’s bureaucracy.

FDA’s food program has a byzantine leadership structure in which there is a director for food and a separate deputy commissioner for “food policy and response.” The deputy commissioner has more of a safety focus, but has no direct authority over food center staff nor regional personnel who inspect plants.

DeLauro, a Connecticut Democrat, said Tuesday the FDA’s evaluation must contain input from non-FDA experts and interest groups to be credible.

“A report that includes recommendations to preserve the status quo is unacceptable,” she said in an emailed statement.

Responding to multiple crises is a standard part of leading the FDA, which regulates industries that account for an estimated one-fifth of all U.S. consumer spending.

Despite the recent controversies, some experts say Califf has done a good job, considering the increasing polarization surrounding the issues and products FDA oversees.