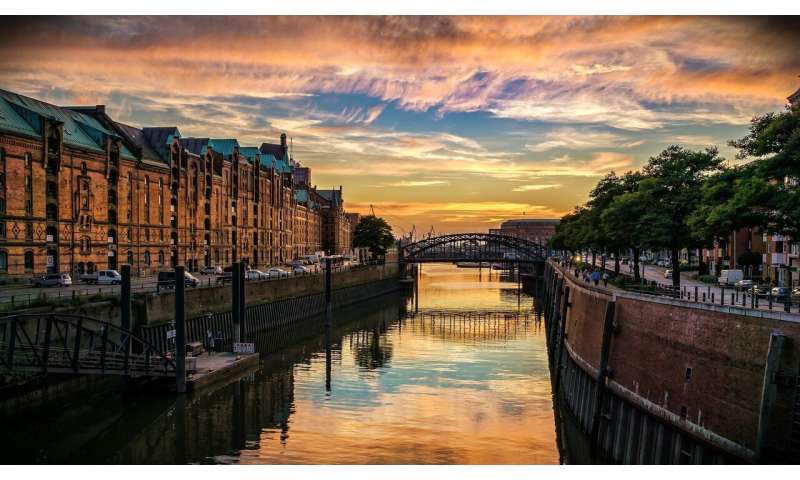 On a sunny Sunday in April, 20 people were enjoying a barbecue in the city of Schwerin in northern Germany.

The police promptly intervened, slapping them with a fine for breaking new social distancing rules to limit the spread of COVID-19.

They were alerted to the festivities by a neighbour, “outraged by such behaviour”, who also proceeded to boast about her efforts on social media, opening up a heated debate about the return of denunciation to Germany and whether it is acceptable in the current crisis.

Telling on your neighbours is a highly sensitive subject in a country still haunted by memories of Nazism and the former communist dictatorship in East Germany, two regimes under which informing on others was practically a national policy.

The term “Duninziant” (“snitch”) has been trending on Twitter, fuelling ever more reference to the Third Reich and the Stasi secret police.

“All of this appears to confirm a deep-seated prejudice that Germans have against themselves: That when in doubt, a part of the population is willing to become an extension of state power,” psychology professor Christian Stoecker told Der Spiegel weekly.

But Germany is not the only country to have seen a rise in the number of people reporting fellow citizens to the authorities for breaching virus-related social distancing rules.

Similar observations have been made in countries around the world where lockdowns have been imposed: In New Zealand, a dedicated website was deluged with reports; in South Africa, a wedding was interrupted after an anonymous call; and in France, the emergency number 17 has been overrun with calls.

“The phenomenon is universal, but with different regional characteristics. It happens more often in urban areas, where many people depend on each other, than in less populated areas where you have more space,” said Rafael Behr, a professor of criminology and sociology at the Hamburg Police Academy.

“Acts of denunciation will increase, as will acts of solidarity,” he predicts.

“The longer the state of emergency goes on, the more antisocial people will become and the more mistrust and suspicion will develop, for example about whether your neighbour is contagious.”

In Germany, police are receiving several hundred complaints a day via phone calls, emails and social media, according to an AFP tally.

In Munich alone, “around 100 to 200 citizens are calling every day” with violations to report, according to Sven Mueller, a spokesman for the city’s police force.

In the state of Brandenburg, which surrounds Berlin, police intervened in 2,930 violations of social distancing rules between March 20 and April 7.

“Around two thirds of these cases were linked to reports from citizens,” said police spokeswoman Stefanie Klaus.

The majority of complaints are about people entering public spaces such as stadiums, parties in private homes or cars with licence plates from outside the area.

“Not all of the calls lead to police intervention,” said Heidi Vogt, a spokeswoman for the police in Berlin.

At the end of March, overwhelmed by complaints, police in the German capital appealed to residents on Twitter to stop calling the 110 emergency number, stressing that it was “not designed for lockdown breaches”.

Andreas Geisel, interior minister for the city-state of Berlin, called on citizens to restrain themselves.

“We don’t want any snitching,” he told RBB radio.

“With a soft lockdown like we have in Germany at the moment, people’s continued freedom depends on their ability to contain themselves,” political historian Klaus-Peter Sick told AFP.

“If a group of young people are behaving in an undisciplined way, some people will see that as irresponsible and not thinking about others,” which can lead to frustration and denunciation, he said.

But some informers are motivated less by social responsibility and more by the desire to settle personal scores.

“This is always the case in times of crisis, especially when they give rise to new regulations that make it possible to invoke justice: anyone who is jealous of their neighbour now has the opportunity to denounce them for the slightest violation of the coronavirus rules,” said Behr.