Global rates of early onset of breast, colon and pancreas cancer in adults under 50 have ‘dramatically increased’ – with experts blaming ‘westernized diets’ for higher alcohol consumption and obesity rates

Rates of early onset cancer are increasing across the globe, and experts are blaming the modern western diets, upticks in obesity and poor sleeping habits among the youth for the increase.

Researchers at Brigham and Women’s Hospital in Boston, Massachusetts, gathered data on 14 cancers from 44 countries across the world, and found that early onset cases were near universally increasing.

The research team speculates that multiple factors are at play. Increased alcohol use, overuse of antibiotics, increasing average height, sedentary lifestyles and higher obesity rates, devastating smoking rates at the end of the 1900s and poor sleep habits all have plagued the age cohort most affected by this increase, and are all linked to upticks in cancer risk.

They say that these factors are related to the ‘western-style’ diet, where a person consumes more processed, high fat, foods and sugary drinks. Many in the west also live sedentary lifestyles. In America in particular, the Centers for Disease Control and Prevention revealed last week that only 25 percent of the population was reaching weekly fitness marks. 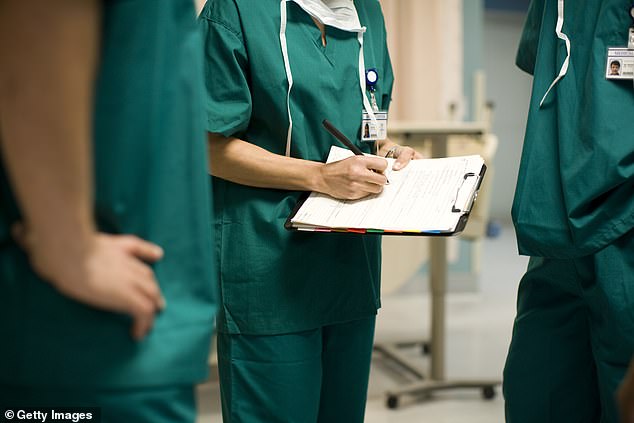 Researchers found that early onset cancer rates are increasing globally, and have tied the increases to many different factors that are impacting different parts of the world in separate ways (file photo)

‘From our data, we observed something called the birth cohort effect. This effect shows that each successive group of people born at a later time (e.g., decade-later) have a higher risk of developing cancer later in life, likely due to risk factors they were exposed to at a young age,’  Dr Shuji Ogina, a professor at Brigham who took part in the research, said.

Researchers, who published their findings this week in Nature, gathered data from 44 countries from 2000 on.

They then found individual studies from each of the included nations that would gauge risk factors for different types of cancer. These would include studies showing trends in obesity in the U.S. and other countries, as an example.

Further research into trends in each of the included countries found 10 risk factors for cancer had become more prevalent for this generation than their previous cohort.

Obesity is the one of biggest factors, with the condition considered a risk factor for many different types of cancer.

‘Among the 14 cancer types on the rise that we studied, eight were related to the digestive system. The food we eat feeds the microorganisms in our gut,’ Dr Tomotaka Ugai, lead-author of the study who works in the Department of Pathology at Brigham, said. 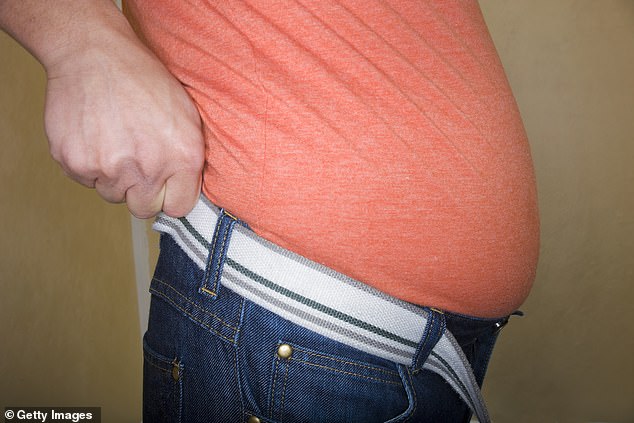 The ‘western diet’ has greatly contributed to obesity and diabetes rates across the world, which are two major risk factors for many types of cancer

Obesity is a major issue in America in particular, where the CDC reports that more than 40 percent of adults are suffering from the condition.

Other factors played a role in the jump as well. While alcohol consumption actually decreased across Western Europe, the researchers found that drinking rates in Eastern Europe, Asia and the Middle East increased.

Drinking has been linked to liver, colorectal, breast cancers and more.

Overuse of antibiotics that struck mush of the world in the late 1990s and early 2000s is likely playing a role as well.

Some experts fear that the powerful drugs may have damaged the gut microbiome of many users, leaving them vulnerable to cancers along the gastrointestinal tract.

While rates of smoking have decreased in the west, in many Asian countries the tobacco industry is starting to boom, making cancers of the lung and mouth more frequent in younger people.

People are taller now as well. While that could be seen as a relative positive, taller people are believed to be at an increased risk of developing cancer.

Children are also getting less sleep now than they have been in previous years. This is for multiple reasons. First, the increase in usage of devices like cell phones and computers has interrupted nightly routines in many households. The blue light emitted by these devices likely cause issue as well.

One of the most notable risk factors mentioned by the researchers was the impact the western diet is having.

The diets is high in saturated fats, processed and red meats, and sugary goods while low in fruits, vegetables and whole grains.

Poor dietary habits contribute to many of the risk factors for cancer, like obesity and diabetes. Many of the contents of processed foods and sugary drinks – most notably high fructose corn syrup – have been linked to the development of cancer.