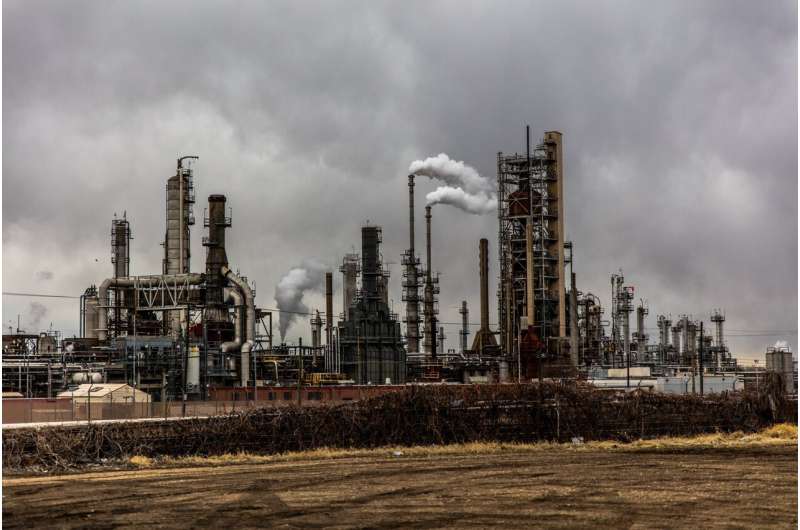 Imperial researchers contribute to a report highlighting how air pollution contributes to dementia and a decline in mental ability.

The independent review, published this week by the UK Health Security Agency (UKHSA) and involving input from experts across the College, analyzed the latest available evidence into negative impacts on the brain linked to air pollution.

Reported widely by UK media, it highlights how evidence of the link has grown in recent decades, with the authors concluding “it is likely air pollution does contribute to dementia and cognitive impairments.”

Professor Frank Kelly, head of Imperial’s Environmental Research Group and lead author, says that “dementia is one of the greatest, if not the greatest, global challenge for health and social care in the 21st century. The Committee on the Medical Effects of Air Pollutants (COMEAP) has reviewed a large number of studies and concluded that it is likely that air pollution contributes to a decline in mental ability and dementia in older people.”

The report, published by the Committee on the Medical Effects of Air Pollutants (COMEAP), reviewed the findings of more than 70 studies covering possible links between air pollution and a decline in mental ability and dementia in older people, as well as how air pollution might affect the brain.

It finds the evidence base has grown substantially over the last 15 to 20 years, as the number of people living with dementia has grown to more than 900,000. The authors write that “clearly, an understanding of the magnitude of the effect of air pollution on neurodegenerative conditions is critical….”

It highlights a “strong case” for air pollution having a secondary effect on the brain, increasing the risk of cardiovascular and neurodegenerative disease.

It also details a potential direct mechanism, with small particles in the air (including PM2.5 from vehicle exhausts and other sources) entering into the bloodstream and crossing into the brain.

Dr. Ian Mudway, Senior Lecturer in the School of Public Health, says that “the report calls for a much stronger focus on understanding the mechanisms by which air pollution contributes to increased dementia risk. Within Imperial were already fortunate to be working actively with members of the UK Dementia Research Institute to address this question.”

The authors highlight that while it’s not currently possible to directly measure the impact or air pollution on cognitive decline or dementia, it may be possible to develop an indirect method to quantify the effects on the brain.