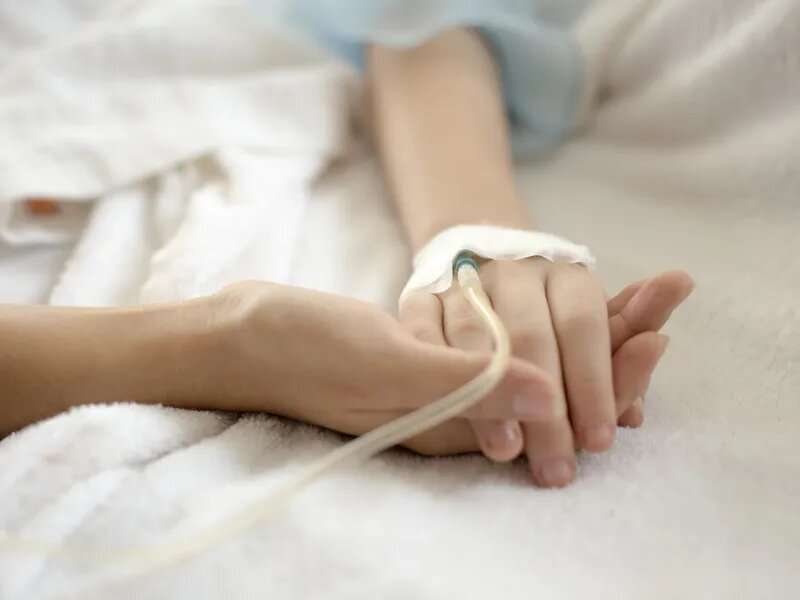 A therapy that uses a virus to kill tumor cells can be safely given to children with a rare, incurable form of brain cancer, an early study has found.

But experts said it demonstrates the feasibility of directly delivering the viral therapy to the cancer, which forms in the brain stem.

Whether the approach can ultimately extend children’s lives, however, remains to be seen.

DIPG is rare, affecting between 200 and 400 U.S. children each year. There is no cure, in large part because of the nature of the cancer: It arises in a part of the brain stem called the pons, which controls bodily functions as critical as breathing and heart rate. Complicating matters, the tumors are thread-like and interweave with normal brain tissue—making it impossible to surgically remove the cancer.

So right now, radiation is the primary therapy for DIPG.

“In the majority of patients, but not all, the cancer will initially respond to radiation,” said Dr. Susan Chi, deputy director of pediatric neuro-oncology at Dana-Farber Cancer Institute/Boston Children’s Hospital.

Unfortunately, she explained, that only buys time, as the cancer almost invariably progresses again. Many children diagnosed with DIPG die within a year, and few—less than 10%—survive for two years, studies show.

“This is probably the worst tumor diagnosis we give to families,” said Chi, who was not involved in the new study.

For the trial, researchers in Spain, the Netherlands and United States turned to oncolytic virus therapy, an approach that has been under study for certain cancers, including other brain tumors. The premise is based on the fact that some viruses can infect and kill tumor cells.

Virus therapy involves viruses that have been modified in the lab to infect and reproduce efficiently inside cancer cells while leaving healthy cells alone. One such therapy—a genetically modified herpesvirus—is approved in the U.S. for treating melanoma.

Here, the researchers used a modified cold virus, called DNX-2401, which has been shown to kill DIPG cells in lab animals. Using a specially designed cannula (a thin tube), the researchers slowly infused the viral therapy into the tumors of 12 children and teens newly diagnosed with DIPG. The patients then received standard radiation.

The main goal was to assess the safety of the procedure, according to the researchers, who were led by Dr. Jaime Gallego Perez-Larraya of the Health Research Institute of Navarra in Spain.

And overall, the most common side effects were headache, nausea, vomiting and fatigue. Two children did develop significant limb weakness (temporary in one case), which is one of the concerns with “going into the pons,” Chi said.

Unfortunately, most of the children eventually succumbed to their disease, but the median survival—at almost 18 months—was higher than typically seen in DIPG. Median means half lived longer, half for a shorter time.

Chi cautioned, however, that “it’s too soon to draw conclusions.”

Some children with DIPG do live that long, she noted, and it’s not clear that the viral therapy itself—as opposed to the radiation therapy—extended some kids’ lives.

On the other hand, Chi pointed out, two children were still alive past the 30-month mark. That included one child who was progression-free after 38 months.

“The approach was well-tolerated, and the virus went where it was supposed to,” said Galanis, who wrote an editorial published with the study.

Like Chi, she said the survival findings should be interpreted with caution, since the trial was primarily designed to assess safety.

According to Galanis, researchers initially believed oncolytic viruses might work by directly killing tumor cells—replicating within them until the cells burst. But over the years, studies have shown that the process may also trigger an immune response to the cancer.

Normally, she explained, the immune response to DIPG, and other types of gliomas, is suppressed—by both the cancer and standard treatments for it. When tumor cells are infected with oncolytic viruses, though, they send out signals that can draw an immune response.

Both doctors pointed to some key questions for the future: Can virus therapy can be combined with other types of treatments to improve DIPG survival? And are certain patients more likely than others to benefit from any one oncolytic virus?

Of the two children in this trial with the longest survival times, one had a tumor with a gene mutation that has been linked to relatively better survival, the researchers pointed out.