Hay fever is an annoying condition that’s caused by an allergic reaction to pollen. You could be at risk of hay fever if you notice the skin underneath your eyes turning blue, it’s been claimed.

Common hay fever symptoms include having an itchy throat, headaches, coughing, and having watery eyes.

These signs are usually worse between late March and September, when the pollen count is at its highest.

But, there’s another hidden warning sign of hay fever that you could be missing.

Developing dark-coloured skin under your eyes may be one of the first signs that you have an allergy to pollen. 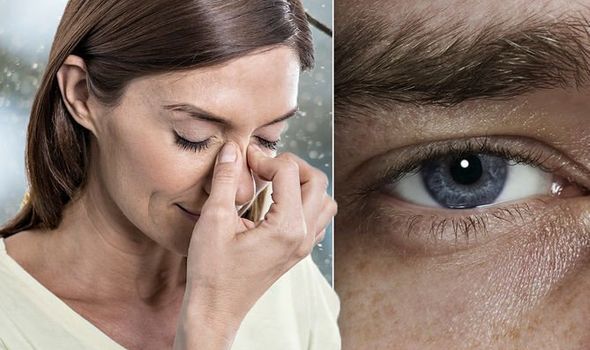 The symptom, which is known as allergic shiners, is used to describe dark circles under the eyes.

The skin could be mistaken for a bruise, although you’ll likely experience other symptoms of hay fever at the same time.

Allergic shiners are caused by congestion in the nose and sinuses, which may be instigated by an allergy to pollen.

You’ll likely realise that the dark skin isn’t simply a bruise, as they tend to last for a couple of weeks.

“Hay fever is caused by an allergic response to outdoor or indoor allergens, such as pollen, dust mites, or tiny flecks of skin and saliva shed by cats, dogs, and other animals with fur or feathers.

“There are many possible causes of dark circles under your eyes, but allergic shiners got their name because allergies are best known for causing them. 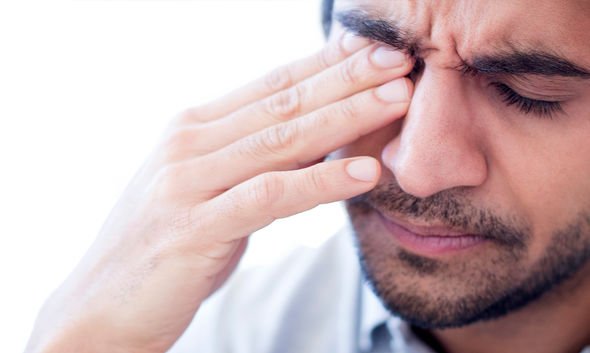 Nasal congestion, which is linked to allergic shiners, is caused by swollen tissue and blood vessels in the nose.

If allergies are causing the dark circles underneath your eyes, you may experience other warning signs of hay fever.

These may include having watery, red and itchy eyes, an itchy throat, nasal congestion, and a pressure in the sinuses.

There’s currently no cure for hay fever, but there are ways to prevent it from developing, or to reduce your symptoms.

The best ways to lower your risk of hay fever symptoms include applying petroleum jelly around your nostrils to trap pollen, and wearing wraparound sunglasses to stop pollen entering your eyes.

It’s also important to shower and change your clothes after you’ve been outside to wash pollen off.

Some tablets or nasal sprays could help to provide some relief from hay fever this summer.

But, you should see a GP if your symptoms are getting worse, or they aren’t responding to over-the-counter medication. Your GP may prescribe you steroids to prevent signs of watery eyes of headaches.