Drug misuse wreaks havoc on the body, and the damage that harmful substances have done is heart-breakingly apparent on the faces of these 16 people.

Morphing mug shots compiled by drugabuse.com show how quickly drugs can alter the appearances of those suffering addictions.

Each person’s mug shots describe the drugs they were charged for possessing at different points in their lives.

The images show the tragic transformations people arrested on charges related to meth, heroin, cocaine, marijuana and and other drugs underwent in as little as a year.

And they are only a few of the 24.6 million Americans that the National Institutes of Health’s (NIH) latest statistics estimate use illicit drugs. 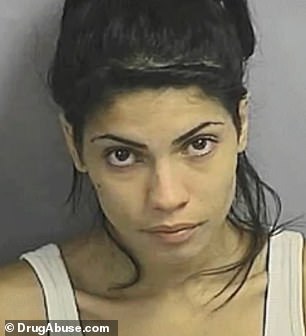 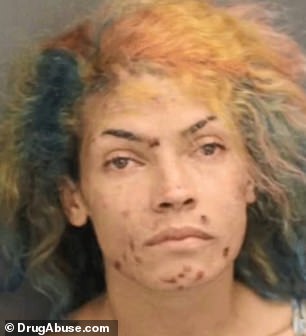 This individual (before, left, and after, right) was charged for her first offence at 21  and her most recent offence at 29. Charges included possession of cocaine and heroin

WHAT COCAINE DOES TO THE BODY AND FACE

Cocaine is a powerful stimulant, which hits the central nervous system making the heart and mind race.

And it hits fast, so the change in behavior is obvious immediately. People using the drug may quickly become unusually confident, talkative, energetic, twitchy sensitive and aggressive, moody or erratic. 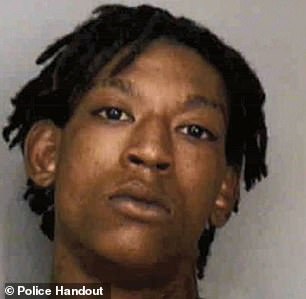 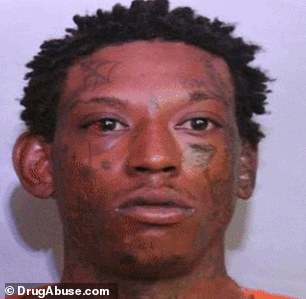 This individual (before, left, and after, right) was charged for his first offence at 19 and his most recent offence at 27. Charges included possession of methamphetamine

Physically, their pupils often dilate as their racing hearts pump adrenaline through the body.

Cocaine also suppresses the appetite and keeps people from sleeping, so weight loss and gaunt faces are typical in chronic users.

Because cocaine is most commonly snorted, people addicted to the drug may get bloody or runny noses, and their nostrils may change shape slightly.

Plus, the damage the drug does to the nasal passage way can hurt the vocal cords too, making the voice raspy.

Its outward effects may be less obvious than other drugs, but internally it can destroy the bowels, overwork the heart and cause dangerously high blood pressure, heart failure and stroke.

And all of this stress and over-activity can accelerate aging dramatically.

WHAT HEROIN DOES TO THE BODY AND FACE

Heroin has the opposite effect on the central nervous system, depressing the heart rate and respiratory system.

The physical changes to a heroin addict’s appearance are perhaps the most dramatic, obvious and heart wrenching, compared to those that misuse other drugs.

And the changes tend to happen fast – because the addiction does.

Heroin, as well as other addictive opioids like prescription painkillers and the deadly synthetic, fentanyl, tends to consume a user’s every thought and feeling because withdrawals are so intense, they become desperate to find the drugs again.

This all-consuming task eclipses even basic tasks like grooming and feeding oneself.

Plus it sometimes creates the sensation of the skin crawling, which may make someone scratch and pick their skin and injection sites obsessively.

Sores are particularly noticeable on the face and lips.

Some long-term users who share needles are highly vulnerable to viruses like HIV and hepatitis, which further exaggerate their gaunt appearances, sickly pallor, weight loss, and accelerated aging.

WHAT METHAMPHETAMINE DOES TO THE BODY AND FACE

Like cocaine, methamphetamine, or meth, is a powerful stimulant.

Those who use it often lose their appetites, and their teeth start to rot.

Pupils get dilated and the skin gets itchy as meth wreaks havoc on their nervous systems.

Meth also makes it extraordinarily difficult for people to sleep, and their insomnia shows in the gauntness of their faces, their pale skin and reddened eyes.

Meanwhile, the nose tissue may destroyed by the drug’s effects, as the kidney, lungs and brain begin to dysfunction.