Revealed: How ‘light’ and ‘low fat’ foods thought to be healthier can contain up to THREE TIMES more sugar and the same amount of calories

Many so-called ‘low fat’ food alternatives can be loaded with sugar and contain only slightly fewer calories than standard versions, experts warn.

Medical experts have warned consumers are being wrongly led to believe they are making good dietary choices by opting for healthier versions.

But MailOnline has found products marketed as ‘low fat’, ‘light’ and ‘reduced fat’ can contain up to three times the amount of sugar.

By comparison, the brand’s Organic 0% Fat Vanilla Yogurt has 81 calories – just one less – and almost three times the amount of sugar (14g).

‘Low fat’ versions of foods such as yoghurt and peanut butter – which are naturally fatty – often have extra sugar added to keep the product’s flavour. 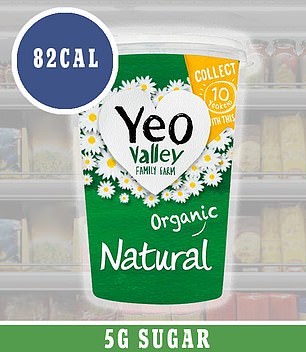 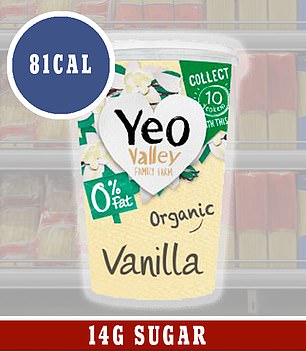 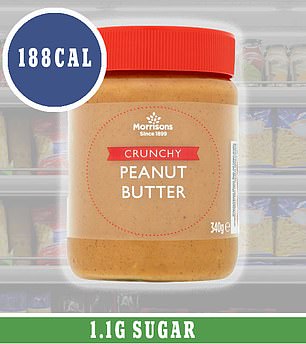 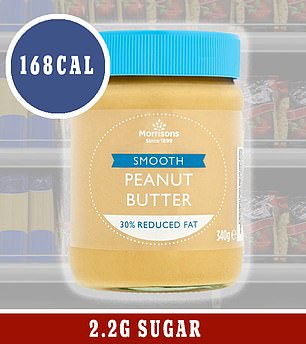 She told MailOnline: ‘Many of us are increasingly conscious about how our diet affects our health and are looking to make healthier choices where possible.

‘Food companies are well aware of this and position products as seemingly healthier options in attempts to boost sales.

‘Sadly, the truth is that many of these ‘low fat’ and ‘light’ options are not as good for us as we’re led to believe.

‘I work with many individuals to support them in reaching and maintaining a healthy weight and I never recommend that they purchase food products labelled ‘low fat’.

‘It’s misleading and confusing for consumers who are trying to make healthier choices.’

She added: ‘Foods that have had the fat removed often have sugar and additives added to ensure the product is still flavoursome with an appealing texture.

‘But healthy fats are essential for health and we now know that a low fat diet is not, for most people, the best way to lose weight. 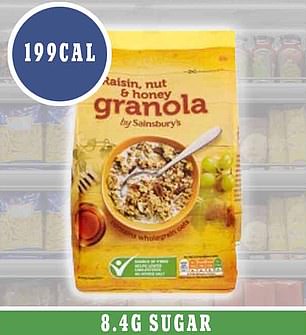 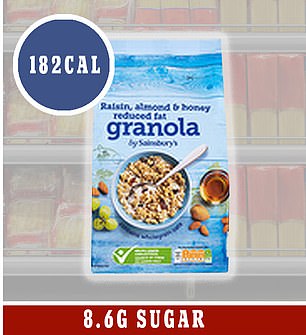 A standard Tesco’s Digestive Biscuits contains 80 calories, compared with 71 in the ‘reduced fat’ version – a difference of just nine calories.

Each ‘reduced fat’ biscuit was also loaded with 3.3g of sugar, compared with 2.4g in the standard version. 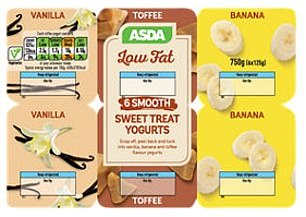 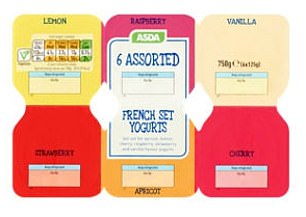 A standard Tesco’s Digestive Biscuits contains 80 calories, compared with 71 in the ‘reduced fat’ version – a difference of just nine calories

HOW MUCH SUGAR IS TOO MUCH?

The amount of sugar a person should eat in a day depends on how old they are.

Children aged four to six years old should be limited to a maximum of 19g per day.

Seven to 10-year-olds should have no more than 24g, and children aged 11 and over should have 30g or less.

Popular snacks contain a surprising amount of sugar and even a single can of Coca Cola (35g of sugar) or one Mars bar (33g) contains more than the maximum amount of sugar a child should have over a whole day.

A bowl of Frosties contains 24g of sugar, meaning a 10-year-old who has Frosties for breakfast has probably reached their limit for the day before they even leave the house.

Children who eat too much sugar risk damaging their teeth, putting on fat and becoming overweight, and getting type 2 diabetes which increases the risk of heart disease and cancer.

‘Reduced fat’ and ‘light’ mean products must have 30 per cent less fat than the standard or original product.

Tam Fry, chair at the National Obesity Forum, called for a crackdown on products he said were giving the illusion they are healthy.

He said: ‘To stop the food industry disguising what it puts in its products, and thereby knowingly mislead its customers with health claims that are a country mile from the truth, the Government must now crack down on every producer who does so.

‘If this requires legislation, so be it. No food laden with excessive amounts of sugar, fat or salt can be called healthy. And it may well take the law to prevent the practice from continuing.’

A Sainsbury’s spokesperson said: ‘The nutritional content of products can vary for a range of reasons, which is why all our products are clearly labelled to help our customers make informed decisions about the products that they buy.

‘For example, our lighter granola has 30% less fat which helps to make it lower in calories than our original recipe.

A spokesman for Tesco said: ‘We are committed to making our products healthier for consumers and continue to reformulate recipes across our product range.

‘Our own-brand products carry clear traffic light labelling so customers can make informed choices about the items they put in their shopping basket.’

MailOnline has approached Yeo Valley and Morrisons for comment.