Zoe Winters explains how to check for breast cancer

Susannah Cleverly, 49, who is due to finish her treatment in April, said her fight has made her appreciate how fragile life is. She said husband James – appointed Foreign Secretary by the new Prime Minister last month – has supported her every step of the way since her diagnosis last December.

She said: “I now realise how the things we take for granted are so precious – time with family and friends – I want to make the most of every minute with James and the children.”

Speaking as Breast Cancer Awareness month begins, she said she was “thrown into a very bad place” and feared she “was going to die” when she received the diagnosis.

She described a “roller coaster” of traumatic treatment, saying that at times it felt like she was “walking through sludge”. She even agreed to go through painful clinical trials, which added to the ordeal.

But she said the treatment was “hard but manageable”. And she explained that she was speaking out now so other women would check for symptoms and know what to expect. 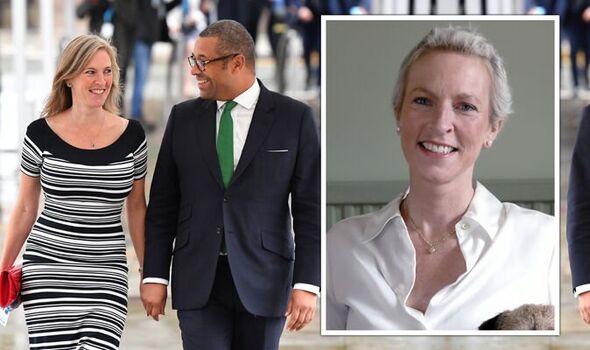 Susannah has undergone 12 rounds of chemotherapy – using three different types of drug – a double mastectomy, the removal of 31 lymph nodes under her arms, radiotherapy and immunotherapy.

Speaking at the family home in London, she said the constant support of her husband – a Foreign Office minister at the time – gave her the will to keep going.

She said: “James has been amazing despite having a full-on job. He has looked after me so well, and did all the cooking.

“I really felt for him because it is one thing going through something yourself, but it is very hard to watch your loved one suffer – the chemo hit me so badly.”

Susannah says she was lucky her rare and aggressive cancer was caught at an early stage after she had alerted her GP to some dimpled skin under her breast last November.

Although she could feel no lump the motherof-two said she knew this could be a sign of breast cancer after researching symptoms.

“I did the normal check for lumps and couldn’t feel any. But I caught a glimpse of some puckering under my breast in a long mirror.

“I had researched breast cancer after a friend told me to check my breasts after she was diagnosed two years ago, so I happened to know this was also a sign of cancer.

“So I went straight to my doctor.” 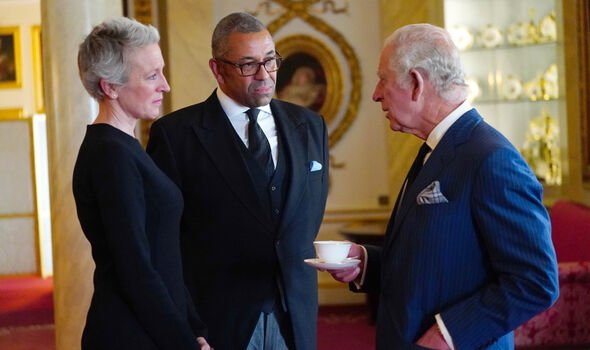 Her GP suspected she was right and immediately referred her to the cancer centre at Guy’s and St Thomas’ Hospital, London.

“The doctor told me to take someone with me, because it was going to be bad news.

“I was thrown into a very bad place. I thought I was going to die. I called James who was already on his way to work in Parliament.

“He jumped on a train straight away and cancelled all his meetings.”

In the days that followed Susannah said she took comfort in her family as well as her two border terriers.

“We walked the dogs and I cried a lot. I knew I had cancer even though I hadn’t been formally diagnosed. I slowly got used to the shock.”

She told her sons – Freddy, 20 and Rupert, 18, both students – and then her immediate family and friends. She said: “I am a very open person and I knew I would change. I didn’t want it to be a secret. I don’t like secrets.”

The cancer centre at Guy’s and St Thomas’ could not immediately pick up her tumours, but carried out a battery of mammograms, “painful” biopsies, an ultrasound and an MRI.

Eventually they discovered she had “multifocal” breast cancer, a rare combination of cancer types – the third of which was only discovered during her treatment.

Her cancer had formed 12 lumps in her breasts and had affected four of the lymph nodes under her arms. She had three types of chemotherapy, given every two weeks through a permanent “picc line” in a vein on her arm.

“Having cancer is like a full-time job,” she said. “It must be so hard to live far away from a cancer centre – I was so lucky to live so near. The staff were absolutely amazing.”

Despite the care, the side effects of chemo were severe. At times her “face ballooned”, she had blisters in her mouth, and struggled with nose bleeds, weeping eyes, stomach aches, nausea, headaches and heartburn.

“At times I couldn’t eat,” she recalled. “I lost my nails and my hair.”

“James sometimes had to walk me to the bathroom, I was so weak and ill and then he would have to go to work. I told him to keep going – I didn’t want to hold him back.

“James and I have been married for 29 years. He is in the army reserves and has always been away regularly.We’ve always had life thrown all over the place so you have to be flexible and go with whatever happens.

“He was with me as much as he could be, but I told him you are working for the country, you have to also do your job.

“I would have felt guilty if he had stayed at home all the time to look after me.” Among the worst side effects was the loss of energy. Despite this she still managed to go out with her two dogs, Bea and Coco, “almost every day”.

She also agreed to go on a clinical trial which involved taking regular samples of blood and more “painful biopsies”.

After months of intermittent chemotherapy last June she underwent a double mastectomy, followed by reconstruction using fat from her stomach. James was by her side as she went into surgery and when she came round.

She recalled: “I knew I had to do it. I just saw it as another adventure on the roller coaster.

“It is far easier to just go with it and walk into everything than try and fight it so I didn’t think much about the operation, even when the surgeons were drawing lines all over my breasts about where they were going to cut.

“They were brilliant and explained everything all along the way. It was hard, but it was all manageable.”

The reconstruction came as a shock. When she came round she was “bent double and couldn’t stand straight” due to the loss of muscles in her stomach where surgeons had cut away to reconstruct her breast tissue.

“I couldn’t stand up straight. It was awful.” However, regular physiotherapy has meant she can now stand tall and she is building muscles again. Susannah was shocked again when her older sister, Danielle, 50, was diagnosed’ with a less aggressive form of breast cancer last January:

“We became very close and helped each other. She was an enormous support.”

Susannah is now being given immunotherapy which causes fewer side effects but still leaves her feeling exhausted.

“I feel so much better now. Everything has been so hard. It’s like “walking through sludge”.

“It is important to make the most of what you have. I want to give this information so people know what to expect, though it is different for everyone.

“I want to tell people to get to “know your body” and if there are any suspicious changes, get them checked out.”