Almost 400,000 youngsters have sought help during the pandemic, figures showed. The number of under-18s referred to NHS services rose by more than a quarter between April and December last year compared to the same period in 2019, the Royal College of Psychiatrists said.

Dr Bernadka Dubicka, chairwoman of the child and adolescent faculty at the college, said some young people were at risk of lifelong mental illness.

She said: “As a frontline psychiatrist I’ve seen the devastating effect that school closures, disrupted friendships and the uncertainty caused by the pandemic have had on the mental health of our children.

“Services were already struggling to cope with the number of children needing help before the pandemic hit. They risk being overrun unless the Government ensures the ­promised money reaches the ­frontline quickly.”

The college’s analysis found more than 372,000 under-18s were referred to NHS services between April and December, up by 80,200 compared to the same period in 2019.

Around 600,600 more treatment sessions were given to children and teens, up by a fifth on 2019 to 3.58 million. And more than 18,200 needed urgent or ­emergency crisis care, including assessments, to see if they needed to be sectioned. 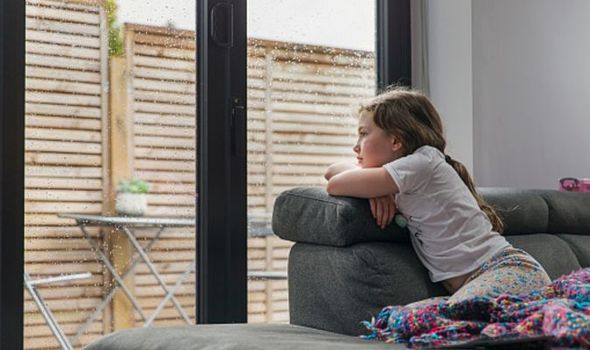 This was an increase of 18 per cent compared to the previous year.

The analysis revealed adults have also been affected.

More than a million more treatment sessions were given to adults between April and December last year, an increase of eight percent on 2019.

There were almost 160,000 urgent referrals made for adults, an all-time high.

The Royal College of Psychiatrists is now calling for the additional £500million promised in the Government’s mental health recovery plan to reach the frontline.

College president Dr Adrian James said: “The extent of the mental health crisis is terrifying, but it will likely get a lot worse before it gets better.”

The college said services for children with eating disorders had also been affected, along with a huge increase in the numbers of people reporting depressive symptoms and loneliness.

Nadine Dorries, minister for mental health, said: “I am acutely aware of how difficult this pandemic has been for many, especially children and young people.

“I remain absolutely committed to supporting the mental wellbeing of everyone. Early intervention is vital, and we are ­providing an extra £2.3billion a year to services.

“This will help an additional 345,000 children and young people.”