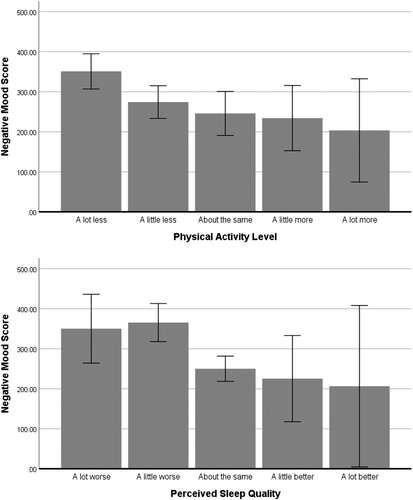 Strict lockdown restrictions during peak periods of the COVID-19 pandemic have been linked to poorer health behaviors such as drinking more and exercising less.

The study also found that, in Scotland, people’s mood was linked to changes in health behaviors, with those who were less physically active, or who were experiencing poorer-quality sleep, showing poorer mood. Despite a less-restrictive lockdown, Japanese people reported poorer mood than people in Scotland, but not greater feelings of isolation.

Dr. Joanne Ingram, Lecturer in the School of Education and Social Science at UWS, said: “Overall, we found that undergoing a period of self-isolation or experiencing a large change in circumstances—such as a change to work—because of the pandemic, was linked to changes towards more unhealthy behaviors.”

Dr. Christopher Hand, Senior Lecturer in Psychology at the University of Glasgow, who co-authored the report, said: “Although the different styles of lockdown in each country resulted in different patterns of behavior and mood, what is clear is that pandemic management efforts have impacted different people in different but meaningful ways. Our data shows that we need to support positive changes to health behaviors to facilitate personal and national pandemic recovery.”

The study asked people in Scotland and Japan to consider how their health behaviors (alcohol consumption, diet, sleep quality, and physical activity) had changed since the beginning of the COVID-19 pandemic. The study found that: