Studies have reported elevated LDG counts in severe SARS-CoV-2 infections; however, the long-term impact of coronavirus disease 2019 (COVID-19) on LDG expression and phenotypic alterations has not been well-characterized. Further research is required to assess the functional contributions of LDGs to pulmonary post-acute sequelae of COVID-19 (PPASC) development. 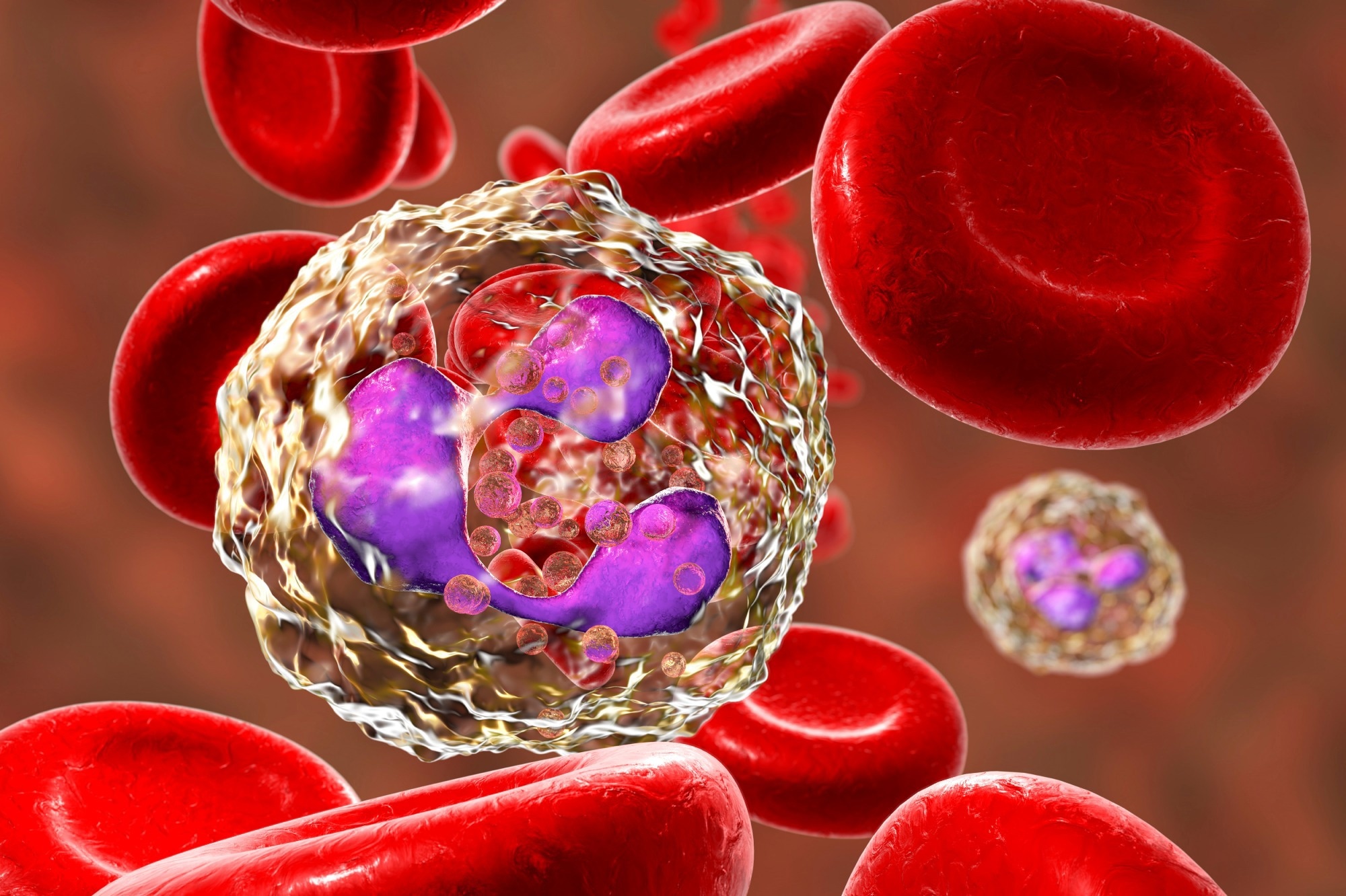 In the present cross-sectional study, researchers explored LDG levels and their association with PPASC symptoms.

Whole blood samples were obtained from the participants, and their peripheral blood mononuclear cells (PMBCs) were isolated. Subsequently, plasma cell-free deoxyribonucleic acid (cfDNA) and CitH3 were quantified to investigate if NP extracellular trap (NET) concentration was elevated in SARS-CoV-2 infection convalescents due to elevated LDG numbers with increased NET-releasing ability.

Further, flow cytometry (FC) analysis and enzyme-linked immunosorbent assays (ELISA) were performed to compare LDG levels and their phenotypes based on markers of activation, maturation, and NET formation. In addition, LDG activation was assessed based on the myeloperoxidase (MPO) and cluster of differentiation 11b (CD11b) expression and LDG granularity.

Compilation of the top interviews, articles, and news in the last year.
Download a copy today

The median values for participant age of in the NRS, PPASC, and NP groups were 55, 55, and 57 years, respectively, and most (84%) of them were men. LDG counts were significantly higher among PPASC patients than NP individuals. PPASC and NRS individuals showed elevated counts of CD10+ and CD16HI LDG subsets compared to controls.

However, the corresponding LDG counts were significantly elevated among PPASC and NRS than NP individuals. NP activation, LDG-bound platelets, CitH3, and cfDNA expression were greater among PPASC patients than among controls. P-selectin MFI scores did not differ significantly among the groups, indicating that PNA was independent of platelet P-selectin expression.

Overall, the study findings showed that a persistent increase in NP activation markers and NET formation on LDGs and a heightened PNA formation proclivity among PPASC individuals might be associated with long-term pulmonary COVID-19 sequelae development.

Dr. based clinical-radiological diagnosis and management of oral lesions and conditions and associated maxillofacial disorders.