Man receives £22,500 pay-out after being left in ‘unbearable pain’ from botched braces that twisted his teeth so badly he was only able to eat SOUP 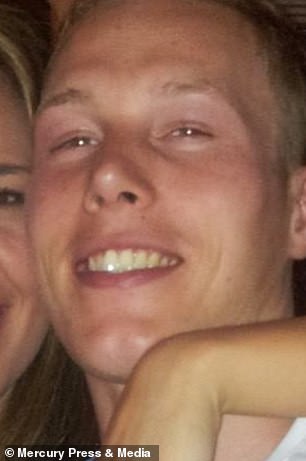 Regret: Oliver Bromley-Davenport claims to have suffered permanent damage as a result of the braces (pictured before treatment)

A man has received a £22,500 payout over claims his dentist carried out ‘horrendous’ botched orthodontic work which caused his front teeth to become yellow and twisted.

Oliver Bromley-Davenport, from Bolton, Greater Manchester, says he made 20 trips to a dentist after the braces fitted privately between September 2014 and June 2015 repeatedly snapped and fell apart, leaving his teeth misaligned.

The father-of-two, who hoped the £3,000 braces would give him the perfect smile, claims his teeth were made to look even worse than before and was only able to eat soup for weeks at a time due to the ‘unbearable’ pain.

After a four-year court case, dentist Dr Reesa Moosa, based at Ravat and Ray Dental Care in Bolton, settled with the 31-year-old support worker out of court for the five figure sum, although the dental practice did not admit liability.

Mr Bromley-Davenport – who’s been left with permanent damage to his teeth – said: ‘I wanted to have a little bit of work done to straighten my teeth – my front two teeth were slightly bent, but nothing dramatic.

‘I originally tried another dentist but they didn’t offer a payment plan, and that’s when I came across Ravat and Ray Dental Care.

‘They suggested I tried the Six Month Smile option, a set of clear braces which would straighten the teeth in less time.

‘I had no reason to doubt them because unless you have had braces before or know someone who has had them, you don’t know what to expect.

‘I had a few initial appointment to take moulds and X-rays of my teeth and then the top set of braces were fitted before the bottom set.’

He added: ‘I thought I had a high pain threshold but it just didn’t seem to settle and the pain would be ongoing for four to five weeks.

‘I just thought the pain was normal with the procedure, but it became unbearable.’ 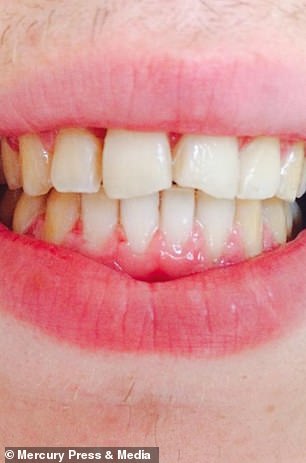 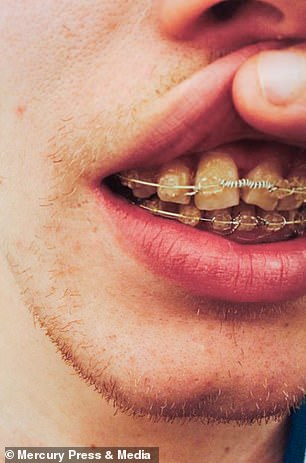 Before and after: Mr Bromley-Davenport’s teeth before (left) and during the treatment (right) 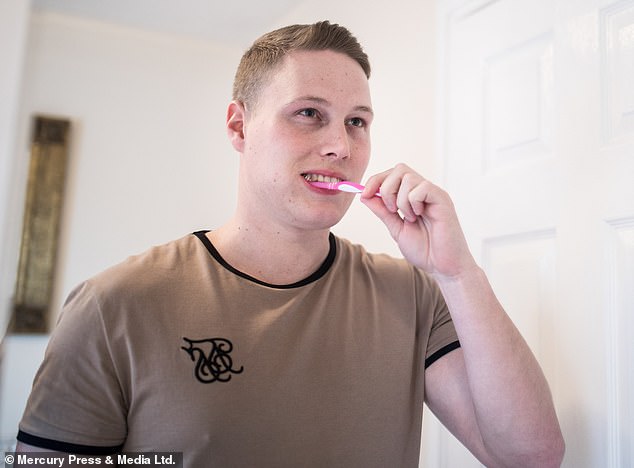 Disappointment: The father-of-two claims his teeth were made to look even worse than before and was only able to eat soup for weeks at a time due to the ‘unbearable’ pain 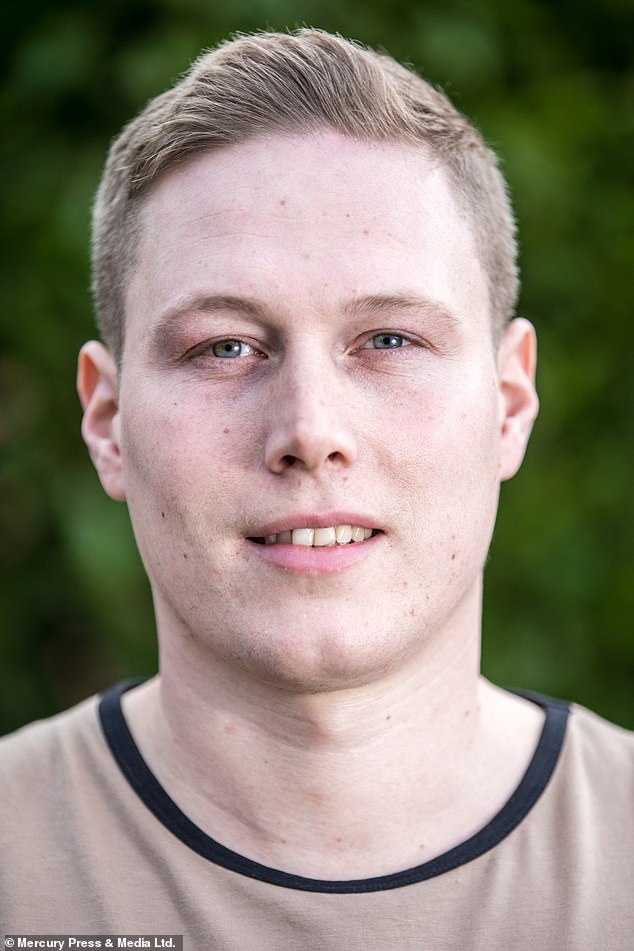 Mr Bromley-Davenport is pictured recently, after undergoing the treatment

He added: ‘Eventually, I told the dentist to take them off but when I came home and showed my mum she was horrified.

‘My teeth were yellow and twisted – they looked even worse than before.’

Mr Bromley-Davenport’s braces were fitted at the end of November 2014, but just three weeks later he returned to the dentist complaining they had become loose, before a piece of metal allegedly later became dislodged, cutting into his cheek and causing it to bleed.

By February 2015, he was also complaining about an emerging gap between his upper front teeth and said over the following months he was in the dentist’s chair another seven times because of the braces.

He also claims that he eventually discovered Dr Moosa was not a qualified orthodontist and an NHS website for the practice also described the dentist as having the Bachelor of Dental Surgery Qualification – not the higher award needed to become an orthodontist. 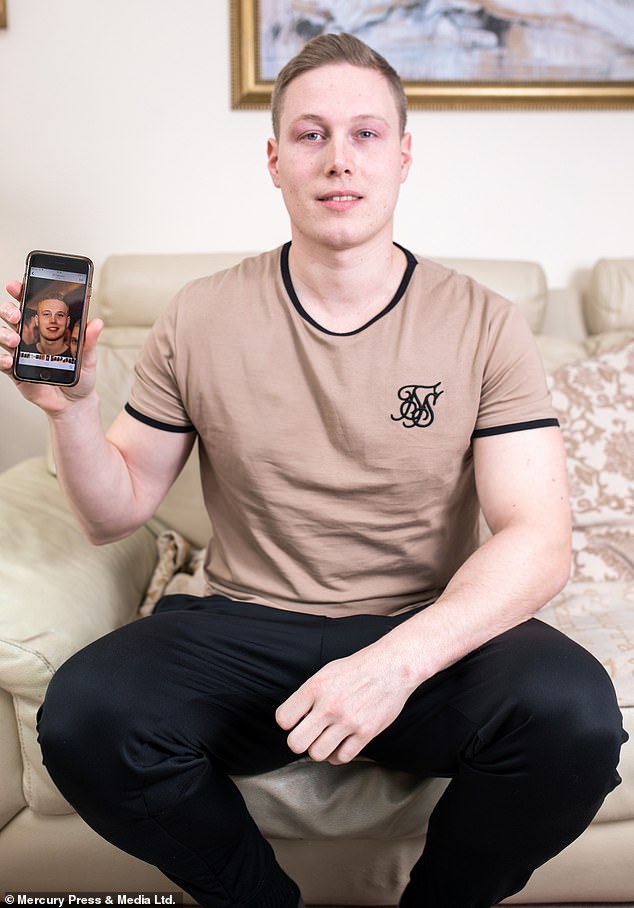 Investigation: Following the treatment, Mr Bromley-Davenport got in contact with a negligence specialist who argued the dentist failed to adequately prepare and fit the braces

‘As time went on and they were trying to move my teeth so much, they were adding more and more bits of metal into my mouth. The braces actually ended up being on for around 12 months,’ he added.

‘When they asked me how much longer I would like them on for, I thought”shouldn’t you be telling me when they should be removed?”

‘Throughout the whole 12 months my teeth were never cleaned properly during each visit when the braces were removed and I was told not to worry about it.’

Following the treatment, Mr Bromley-Davenport got in contact with a negligence specialist.

They said analysis of his dental records suggested the dentist, Dr Moosa, had failed to adequately prepare and fit the braces.

At the start of this year, Mr Bromley-Davenport received an out of court settlement of £22,500 direct from Dr Moosa, while Ravat and Ray Dental Care did not accept liability. 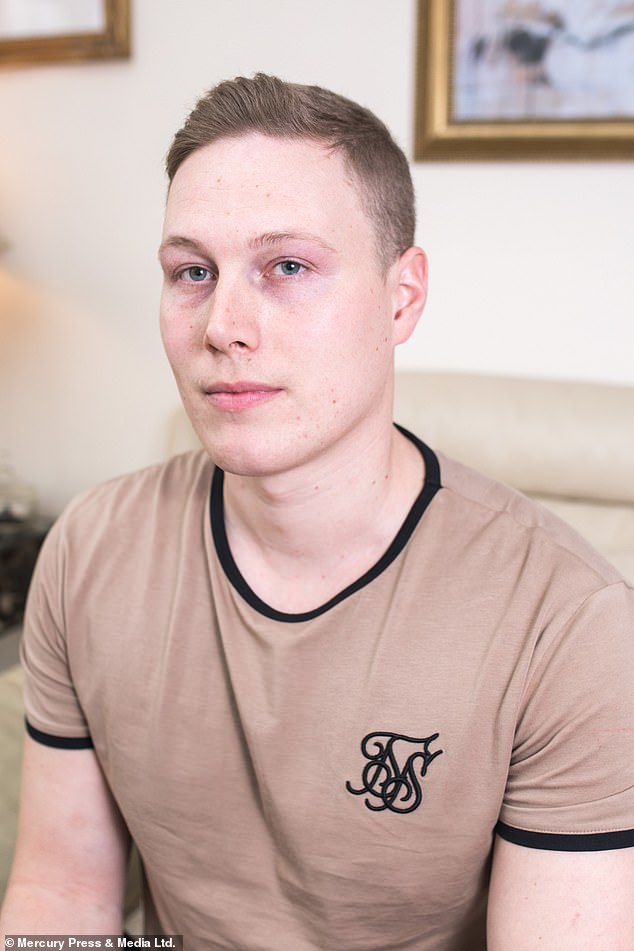 Settled: At the start of this year, Mr Bromley-Davenport received an out of court settlement of £22,500 direct from Dr Moosa, while Ravat and Ray Dental Care did not accept liability 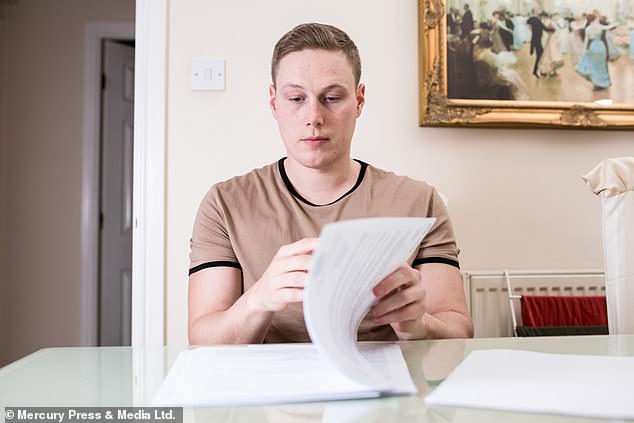 Making matters worse: ‘They have caused permanent damage to my teeth, plus damage to the enamel, meaning I will eventually need a replacement veneer on one of my teeth’

Mr Bromley-Davenport said: ‘I was refunded the money I paid for the work, but I was later told that dentist was not a qualified orthodontist but was able to carry out orthodontic work.

‘If I had been told that from the start I wouldn’t have gone ahead with the braces.

‘They have caused permanent damage to my teeth, plus damage to the enamel, meaning I will eventually need a replacement veneer on one of my teeth. I’m now hoping to use the Invisalign treatment to repair the damage.’

A spokesperson at Ravat and Ray Dental Care said: ‘The practice was not involved in any court case with the patient and has not paid out any settlement in court.

‘The aim of the practice is always to provide the best possible care to all our patients.’

Dr Moosa said: ‘I cannot comment on this case because of my duty of confidentiality.’

The £6,000 kick in the teeth: Parents forced to pay for children’s braces the NHS refuses to fund

Tens of thousands of families are being forced to pay up to £6,000 for dental braces for children who should get them free on the NHS.

A Mail on Sunday investigation has found that at least 20,000 youngsters a year are being denied the corrective treatment they need for seriously misaligned teeth. The figure could be even higher, but there are no official figures.

In some cases, orthodontists have been accused of incorrectly advising parents their children are ineligible for free treatment. And in others, those who qualify for NHS braces are told they have to wait up to six years to have them fitted – putting intense pressure on parents to opt for private treatment because waiting risks leaving children with permanent dental problems.

Last October, the General Dental Council admitted that some orthodontists are deliberately stopping children from accessing braces on the NHS so they can make more money out of them privately.

The specialists are paid about £1,250 for fitting a teenager with braces under the NHS contract, but can earn far more if parents pay for them to be fitted privately. A dental council spokesman said: ‘This is something that we have come across. Such malpractice would be officially regarded as dishonesty.’

According to the NHS, the ‘ideal age’ to have braces is 12 or 13. If a child’s regular NHS dentist thinks they might need a brace, they refer them to an orthodontist.

A recent NHS study stated that between 35 and 42 per cent of 12-year-olds have teeth that clinically require braces – meaning at least 245,000 should be fitted each year. But only 225,000 people in the UK had NHS orthodontic treatment last year – and that includes some adults.

Consequently, at least 20,000 youngsters a year are not having braces fitted on the NHS who should. Braces are free for under-18s who need it, but local health service managers cap the number, meaning patchy provision and long waits in some areas, which the NHS admits. The service says ‘there can be a long waiting list’ and appears to encourage patients to go private.