It’s been around for thousands of years in one form or another, either through necessity or religious practice. But for the last two, it seems, you can’t click on a lifestyle website without seeing a mention of intermittent fasting.

It appears that severely restricting calorie intake, either for eight hours, two days or two weeks, has become the diet du jour. 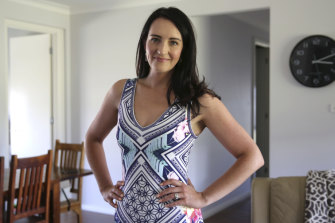 Megan Kuhner has adopted intermittent fasting as way to support her health, and is happy with the results.Credit:James Alcock

Mosley garnered widespread interest when he talked about it as a weight loss tool on British television in 2012. His book, The Fast Diet, is now a number one New York Times bestseller.

Then there’s Twitter founder Jack Dorsey, who will go without eating for an entire weekend only to break his fast with dinner on a Sunday night. Dorsey said it helped him have greater focus throughout the day although in the beginning he did experience hallucinations.

And then there’s Australia’s version, SuperFastDiet, developed last year by two former Gloria Marshall counsellors, Victoria Black and Gen Davidson, after they grew frustrated at no longer being able to lose weight on more conventional diets like Weight Watchers. 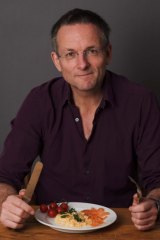 The women have since shed 40 kilograms between them using 5:2, but their program also offers flexible options such as fasting for 16 hours a day (including while you sleep) or restricting food intake to 1000 calories for three days.

Black says that since they started they’ve had 8300 people lose weight on the program. But their biggest success story would be the 1.7 tonnes lost by the township of Dubbo, in western NSW. Formerly known as the 12th fattest town in the state, with almost 72 per cent of the population overweight or obese, in September they decided to go on SuperFastDiet for eight weeks. Even the mayor got involved. A handful of townspeople appeared on the Today show on Friday, to show off their “after” bodies and talk about the success of Downsizing Dubbo.

Dr Mark Mattson, a professor of Neuroscience at Johns Hopkins University, has been studying the effects of fasting on brain health for 20 years. His studies on animals in the 1990s and early 2000s showed that fasting two days per week is such a shock to the brain that it promotes the creation of new neurones. These neurones are reportedly much more resistant to protein plaque accumulation, which is a major cause of Alzheimer’s and Parkinson’s disease and even stroke. He gave a Ted Talk on the topic in 2014.

Is it akin to a Marie Kondo-ing of food consumption – clearing out all the clutter of shakes and soups and apple cider cleansers?

But if the bulk of information about the wonders of part-time calorie restriction came out five years ago, what accounts for the mainstreaming of the trend now?

Is it also, perhaps, a way to cut through all the rules diets have instituted this past decade? “Thou shalt not eat carbohydrates” and “Thou shalt cut out sugar”, to say nothing of the superiority of activated almonds and other magical foods, like celery, which is also currently enjoying a boom.

Or is this the ultimate manifestation of privilege? Restriction, after all, implies excess.

“That’s an interesting take, though as you can imagine, it’s not my take,” says Kate Harrison, a British journalist who wrote the popular 5:2 Diet Book after watching Dr Mosley on TV and doing her own research.

“I watched the BBC Horizon show back in the summer of 2012 and began to research the different fasting approaches off the back of that, and I decided to try it out. At that point I was 73kg and I was a UK size 16. I was also really worried about my health because both my parents are diabetic.

"Previously I’d been a yo-yo dieter and nothing worked to keep the weight off permanently,” she says. Within six months she was under 60 kilograms, a weight she has maintained for the past seven years by eating fewer than 500 calories one or two days a week.

“I enjoy sweet things, drink two or three nights a week and haven’t banned carbs or anything else,” says Harrison. “I recently had my blood sugar levels tested again and mine are so low that the GP told me ‘We never see them that good usually'.”

Harrison believes the popularity of calorie restriction is down to flexibility. “It doesn’t need any expensive plans or supplements.

“I see it very much as a strategy against the junk food and snacking culture we’ve been encouraged by manufacturers to adopt. It increases awareness of appetite and it’s doable because it’s only two days.”

But what exactly does one eat during those days? “I’ll start the day with an iced long black,” says Megan Kuhner, who lost nearly 25kg, going from 100.6kg to 75.8kg since she joined SuperFastDiet in January last year.

“Lunch is Cruskits with light cheese and a topping such as fresh coriander, cucumber and tomato. For the afternoon I’ll have a yoghurt with blueberries and another coffee, and dinner is a felafel salad. I also drink lots of water and love sparkling mineral water and kombucha,” says Kuhner, “It’s an awesome program and a seriously amazing way of life!”

I see it very much as a strategy against the junk food and snacking culture we’ve been encouraged by manufacturers to adopt.

But some nutritionists remain unconvinced. “I have two clients at the moment who are trying to recover a ‘normal’ peaceful relationship with food after fasting triggered bingeing,” says dietician Susan Williams.

“Fasting is very much the dieting trend of the moment. And of course because dieting is a dirty word it’s promoted under the banner of ‘the metabolic benefits'. But seriously if it wasn’t also touting weight loss then no one would be interested,” says Williams. She says some claims made about the benefits of fasting are way ahead of the scientific evidence and studies have been too small to draw proper conclusions.

“For me, as a dietician who works in eating disorders, the biggest concern with the evangelical promotion of fasting is that it is associated with an increased risk of disordered eating and eating disorders and even death.”

Caroline Dooner, a recovering yo-yo dieter and author of The F-ck It Diet believes fasting is no better than every other fad eating program out there. "We are all subconsciously looking for a miracle diet and miracle cure. But when you get down to it fasting is just an unsustainable and dysfunctional practice that mimics many eating disorders.

“It often leads to a pattern of erratic eating, extreme cravings and bingeing,” says Dooner. And disturbingly, “[that] will stick around long after the fasting is over."