Last week, the ASPCA Community Engagement team responded to a call for assistance from the New York City Police Department (NYPD) when several kittens and their mother were found trapped in a storm drain.

Community Engagement Bronx caseworker, Mohamed “Mo” Khaled, and NYPD liaison, Paul Mayr, helped in the rescue and retrieval of the cats: Nine kittens were rescued along with their mother. Paul had been presenting at an NYPD event, and following the event, a local resident told him she could hear cats crying in a storm drain under her building. Paul and the police were unable to recover the cats that night, but returned the following morning with Mo, the NYPD and NYCHA employees. Mo then climbed into the storm drain and passed each kitten out, one by one, to safety. 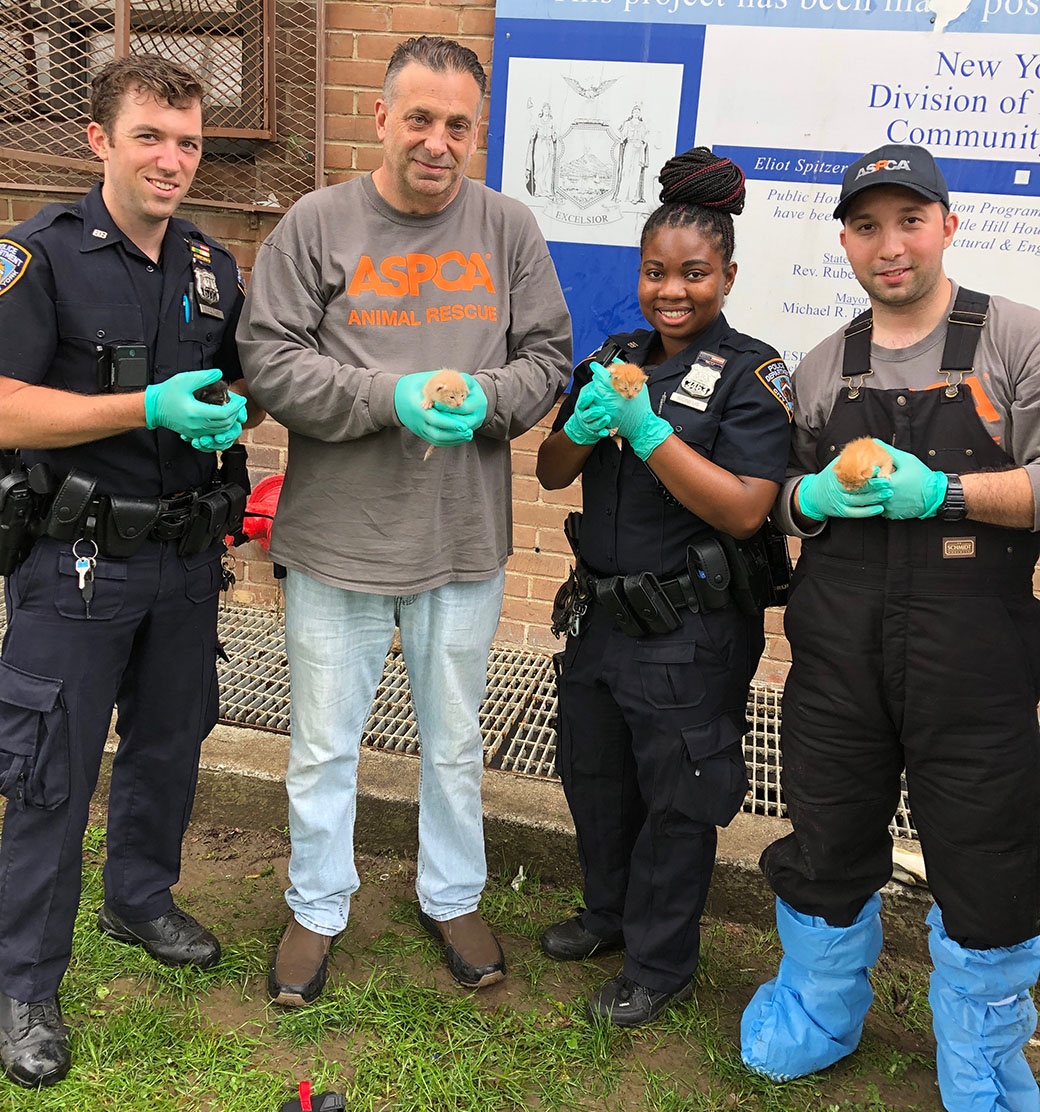 Following their rescue, all the cats were immediately taken to the Animal Recovery Center at the ASPCA Animal Hospital, where they received medical assessments and care. Upon intake, the mother cat, now known as Azalea, was noted to be nervous and fearful, whereas the kittens were diagnosed with upper respiratory infections. To match their mother, Azalea’s kittens were also all named after flowers, such as Daffodil and Primrose. 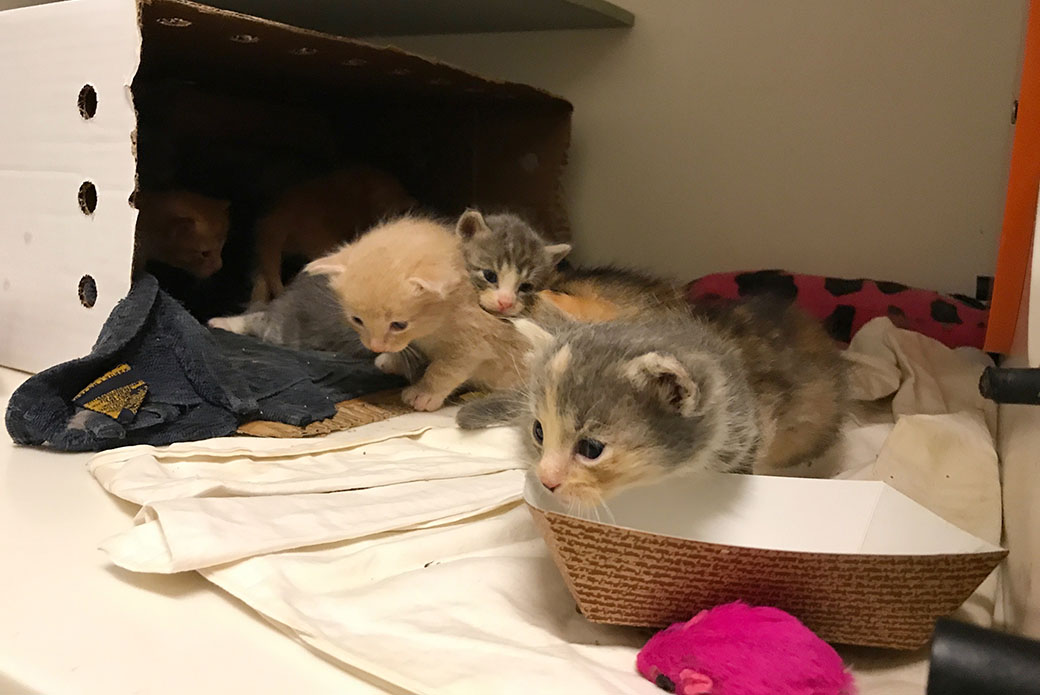 After resting and receiving necessary treatment at the ASPCA, Azalea and her babies are now in the home of a volunteer foster caregiver. While with a foster, Azalea can comfortably nurse as her kittens continue to grow strong and healthy until they are ready to be adopted into loving homes.

Find out more about the ASPCA’s partnership with NYPD to see how we’re helping vulnerable and at-risk animals together, and creating a model for fighting cruelty and neglect nationwide.