The woman who ‘died’ 10 times: Famed mommy blogger tried experimental depression treatment that made her nearly brain dead – and it worked 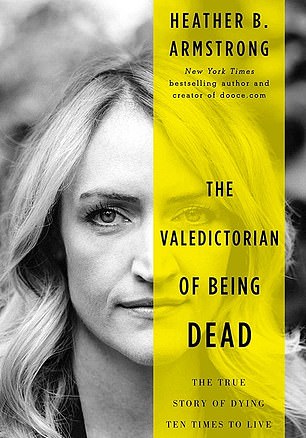 Heather Armstrong has a few claims to fame, but none stands out so much as the title of her new book: The Valedictorian of Dying: The True Story of Dying Ten Times to Live.

And as a result, she claims to feel more alive than ever.

She’s been, ‘the queen of the mommy bloggers’ (a title bestowed on her by The New York Times Magazine), an influencer, a communications director and, for the last 15 years, a mother.

But Armstrong has also been depressed, through all of those stages. In fact, she’s battled the mental illness since college, she told Vox.

That is, until a psychiatrist suggested she sign up for a clinical trial that uses propofol, an anesthetic, to silence the brain – making the patient effectively brain-dead – in a last ditch effort to treat her worsening depression.

Armstrong has ridden her fair share of waves of chaos.

She grew up in the Mormon church, making her an outcast in her hometown in Tennessee, then left her church (to her family’s dismay) after college at the Mormon Brigham Young University (BYU).

From there, she taught herself to code, became a successful web developer and then a successful blogger only to lose her office job over her online writing. 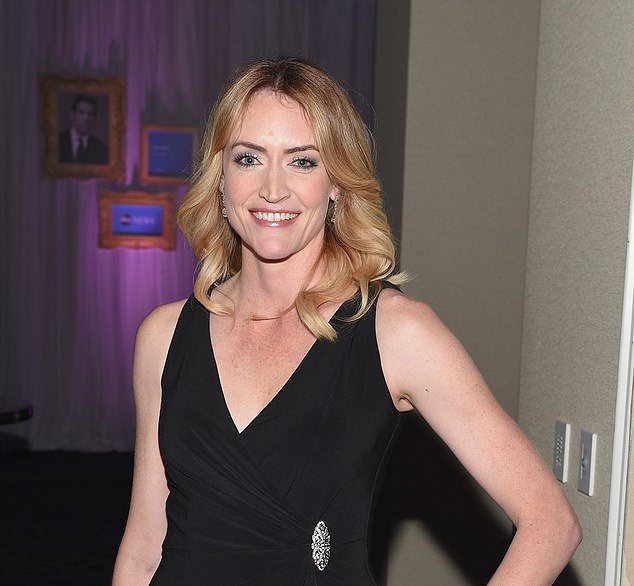 Armstrong, 43, struggled with depression despite finding fame as the ‘Queen of the Mommy Bloggers,’ as the New York Times once called her

Even at the height of career in blogging/influential marketing, when she could be the sole breadwinner for her family of four by raking in $40,000 in advertising money a month, Armstrong was haunted by depression.

She is among the third of the estimated 300 million people around who struggle with depression have ‘treatment resistant’ forms of the disorder, meaning that their symptoms have not responded completely or at all to standard treatments, including therapy and antidepressants.

Armstrong felt she’d tried everything, including over 10 medications for her anxiety and a stint in an inpatient psychiatric facility in 2004, as she wrote on dooce.

‘When Leta was born all these maternal instincts were slammed into the ON position: the instinct to protect, to nourish, to comfort,’ she writes on dooce. 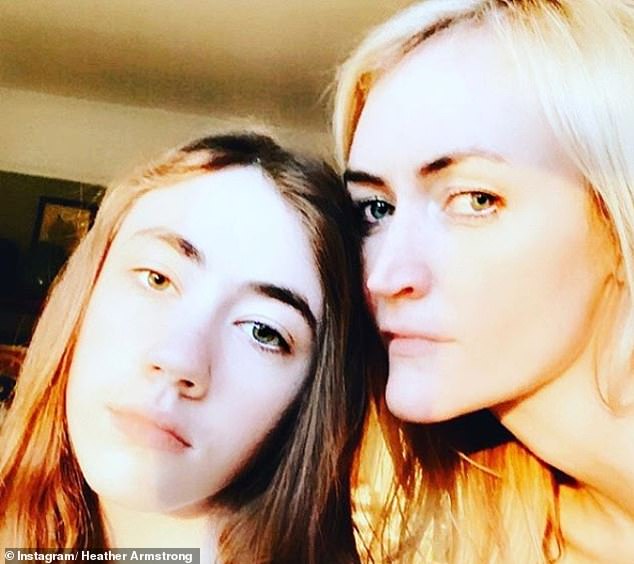 After the birth of her first daughter, Leta, now 15 (left), Armstrong was so depressed and anxious she couldn’t sleep, and ultimately checked herself into inpatient psychiatric care

And even though pregnancy and its aftermath got easier with her second daughter, Marlo, years later, after her marriage ended, she was once struck by the same insistent thought that she wrote on dooce before checking herself into the psychiatric ward: ‘I don’t feel better.’

Armstrong wasn’t sure she ever would.

But then a psychiatrist told her about a clinical trial at the University of Utah.

Basically, doctors there would turn her brain all the way off for 15 to 18 minutes, making her nearly brain dead, technically speaking. They would do this 10 times, in just over one week.

What they would actually do is carefully administer enough propofol, a drug used for anesthesia, to completely quiet Armstrong’s brain activity. 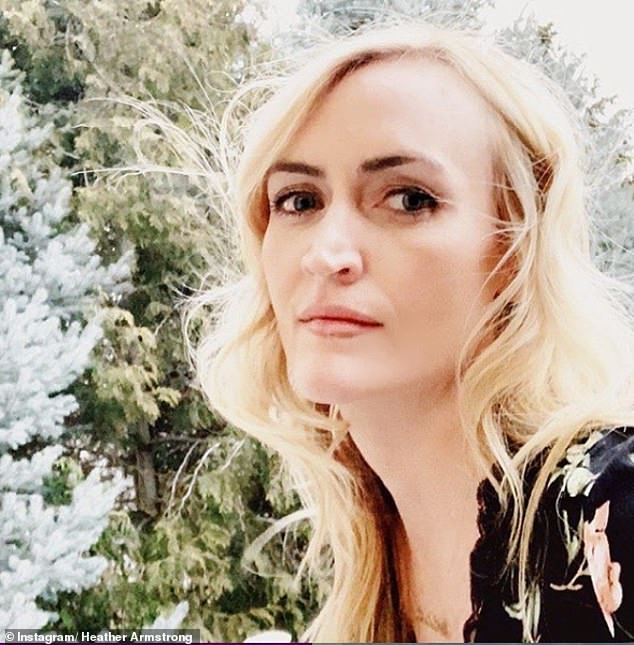 After trying over 10 medications, inpatient care and therapy, the mother-of-two writes that she wanted to die

The idea came from the tradition of electroconvulsive, or shock, therapy, now less dangerous and known by the tamer name ECT.

Scientists believed that the seizures the shock induced made it an effective treatment for depression. But the shock also led to memory loss.

So a new generation of researchers started to suspect that maybe the relative lack of brain activity that followed an ECT dose was helpful.

Propofol had the potential to provide just that – minus the electricity.

Armstrong signed up and started ‘dying.’ 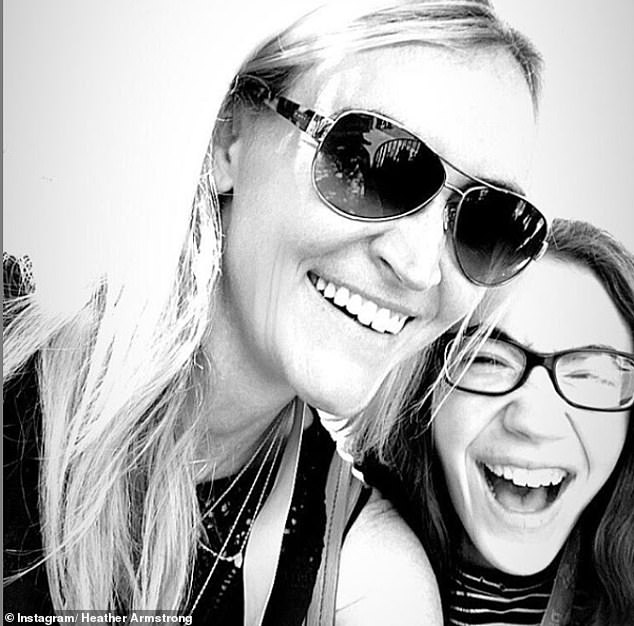 After her fifth propofol treatment, Armstrong started to feel happiness creep back in while watching daughters Marlo, nine and Leta, 15, play in the yard

‘And boy, did I do well,’ she writes in her book’s prologue.

In the immediate aftermath of those sessions, ‘I felt fantastic!’ Armstrong writes.

‘When you want to be dead, there’s nothing quite like being dead.’

But she also told the New York Post that those effects didn’t really last when she went home, at first. Instead she has horrible migraines, felt constipated and nauseous – despite the fentanyl clinicians give with the propofol to try to combat the headaches.

But after her fifth treatment, Armstrong told The New York Post that she not only felt better, but found herself feeling happy.

‘I was sitting outside watching my kids playing, and I actually felt happy,’ she said.

It’s now been two years since the last time that Armstrong ‘died,’ and she’s liking living much more.

‘Life is just as chaotic as it’s ever been, but I’m handling it way ­better,’ she told the New York Post.

She’s back to writing on dooce, when she feels like it, and, of course, found the inspiration for The Valedictorian of Being Dead.