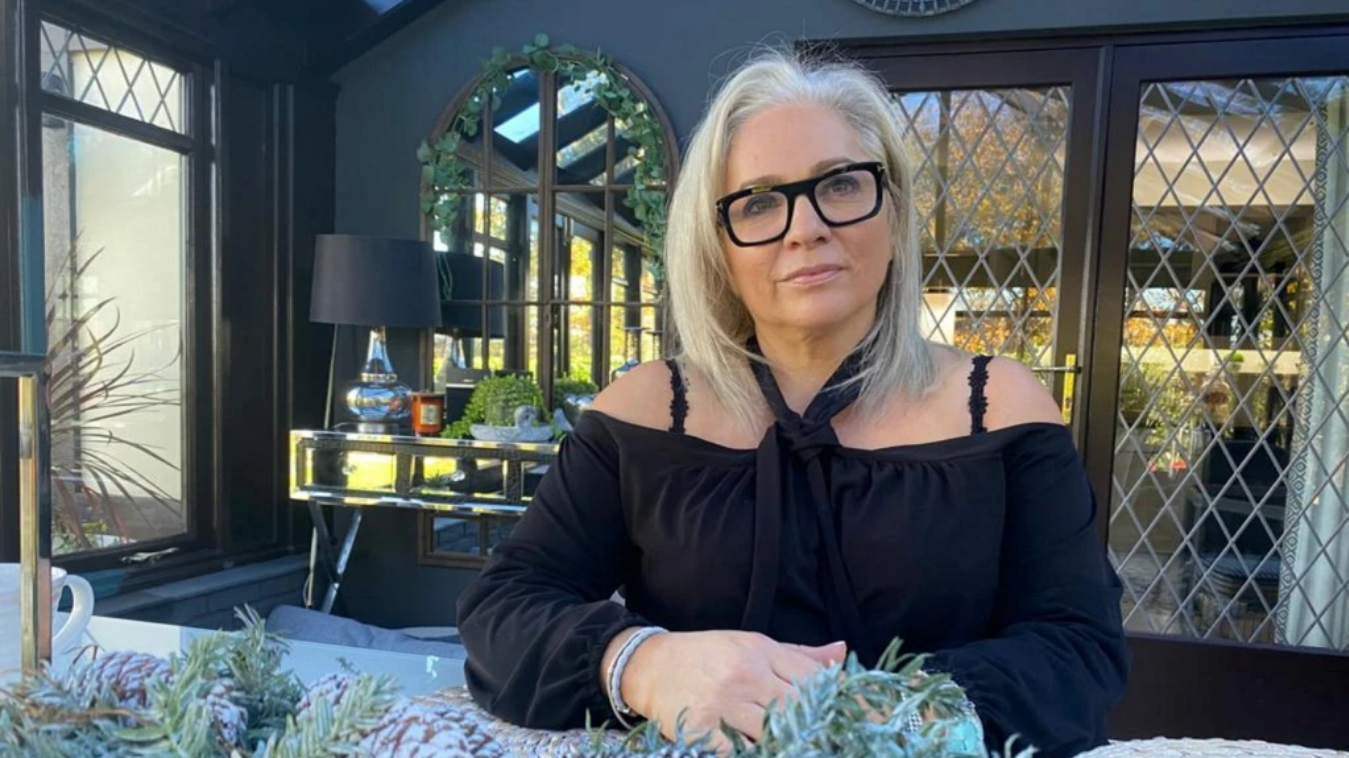 Jill Kenton, 52, had just moved to the countryside from London when she was diagnosed with a brain tumour.

The first symptoms she noticed were swelling and dryness in her left eye, but Jill thought a Botox treatment she had a few months prior was to blame.

After her diagnosis, the mum was told she’d need extensive surgery in November 2021, and she was left doubting whether she’d survive or ever be the same.

After getting a second opinion, she decided against surgery and has instead chosen to have regular check-ups to see if the tumour is growing.

Jill, a voice-over actor, from Westoning, Bedfordshire, said: ‘I began to notice a slight swelling to the side of my left eye and honestly thought it was probably down to some Botox treatment I’d had a few months before.

‘As it turned out, I couldn’t have been more wrong.’

She added: ‘Last Christmas was a dreadful time for me.

‘I was facing horrendous surgery and was terrified I wouldn’t come out alive or, if I did survive, I wouldn’t be myself anymore.

‘With this in mind, as I packed away the tree and the decorations, I included notes to my daughter Rachel and to my partner Paul telling them that I loved them.

‘In the end I sought a second opinion and have now decided against surgery.

‘I am having regular scans and vision checks to see if there are any changes which could mean my tumour is growing but fortunately, for now, I am in a good place and happy that I was able to take back control.’

Jill was diagnosed with the tumour after she started also hearing a clicking sound through her headphones as she recorded scripts.

She was also told the tumour had been there for ten whole years.

‘It turned out I had a brain tumour which was six by five centimetres and was growing behind my eye, crushing the optical nerve as it pushed through my skull,’ she said.

‘I was told this rare form of brain tumour, a left sphenoid wing intraosseous meningioma, had been there for 10 years.

‘Mercifully it was slow growing but I needed surgery and it was going to be brutal.

‘I would be cut across my head from ear to ear, a piece of my skull would be removed to get to the diseased area.

‘As part of the construction required, a plate would be fitted to cover my skull and my eye socket would be rebuilt with bone from another part of my head.

‘They would endeavour to save my sight but there was no guarantee.’

After spending last Christmas afraid of what would happen to her because of the procedure, Jill is now in a more positive frame of mind since deciding against surgery.

‘The fact of the matter is that there is too little known about this devastating disease and that’s why I am working with the charity Brain Tumour Research – in order to share my story in the hope it will be helpful to other people,’ she said.

‘It is so important that we highlight the issues around brain tumours.

‘The simple fact is, if there isn’t significant investment in research to improve treatment options and help find a cure, the outlook for me and so many others could remain bleak.’