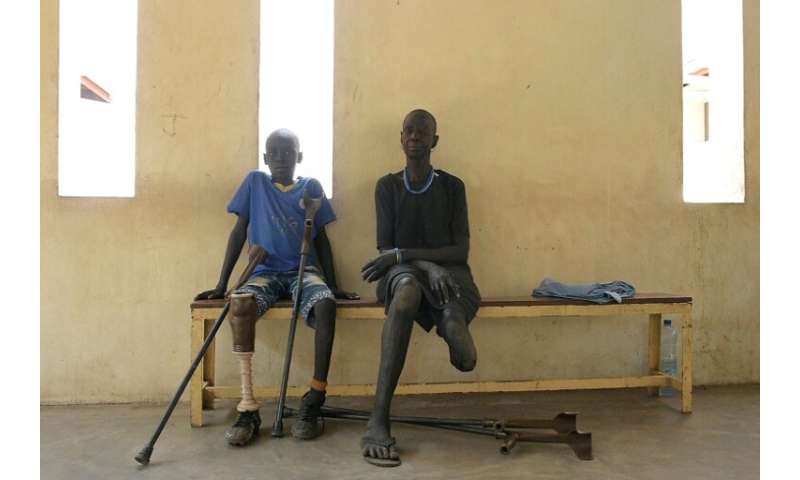 Stephen, 12, romps confidently around the sunlit courtyard, weaving in between wheelchair-bound patients as he plays with the other children, his prosthetic leg barely a hindrance.

When he was five years old, the car he and his family were travelling in hit a landmine in South Sudan’s northern town of Bentiu. His grandmother was killed. His left leg was shattered and had to be amputated.

Stephen was flown to a physical rehabilitation centre run by the International Committee of the Red Cross (ICRC) in Juba, which serves both as a prosthetics factory and a hospital for patients coming from all around the country to be fitted with new limbs.

“It helped me to go to school,” Stephen says shyly, pointing to his artificial leg.

After receiving his first prosthesis in 2013, war prevented Stephen from being able to return for new fittings every six months as recommended.

When he finally made it to the centre this month, his prosthesis was far too short.

South Sudan’s five-year-long civil war has left possibly tens of thousands of people without limbs—a toll that may never be accurately established.

Approximately 60 percent of the patients who come to the Juba centre—one of three in the country—have gunshot-related injuries and disabilities, according to the ICRC. 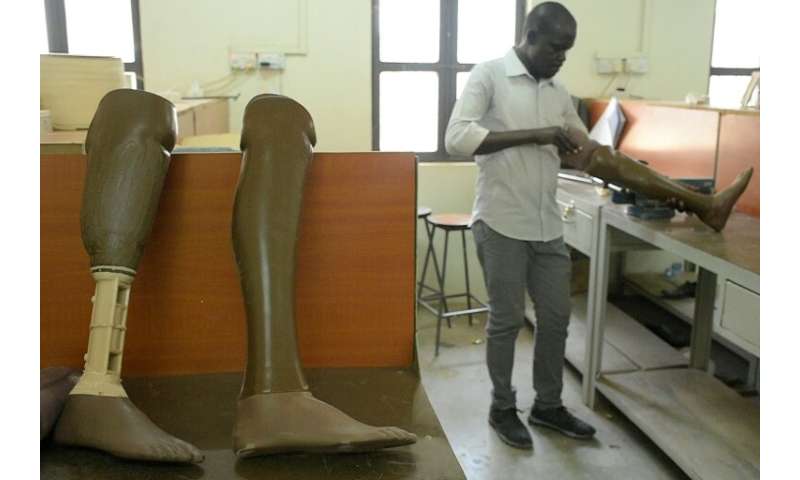 But much of the country faces limited access to healthcare, a result of fighting or simply a lack of infrastructure, with roads typically being utterly impassable during the rainy season.

Many limbs are amputed for no other reason than lack of treatment.

“A simple injury or fracture that could be treated easily in most countries… can result in infections here which result in an amputation because of problems with healthcare,” said ICRC prosthetic specialist Regis Tiffeneau.

“The large majority of patients are affected by the war in one way or the other.”

Others became disabled by polio, rickets—linked to malnutrition—or other diseases that have been eliminated in so many other parts of the world.

In the factory, plaster is slapped on models of legs whirring on machines as workers shape them and then slather them in dark brown plastic. 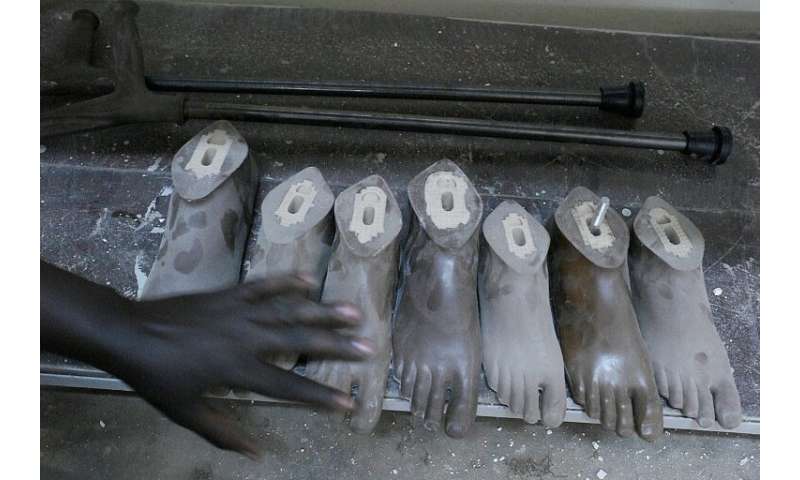 Workshop manager Emmanuel Loubari said that the prosthesis can be made within a day of a patient being measured and a cast taken. Last year the centre made 580 prosthetic limbs, with the cost of all treatment borne by the ICRC.

But many challenges face patients who need to get fittings.

“We have a lot of patients who are supposed to be fitted, but they cannot have access to the centre,” Loubari said.

In South Sudan, roads are so bad that the ICRC relies on a fleet of planes and helicopters to bring patients to hospitals and the physical rehabilitation centres.

In the rainy season, it can be hard to land in many remote locations.

Bringing people from across the country, injured in fighting mostly of an ethnic nature, brings its own problems.

“They come here, they are traumatised, most of them are injured by gunshots and mines,” said social worker James Soma. “We talk to them about forgiveness.” 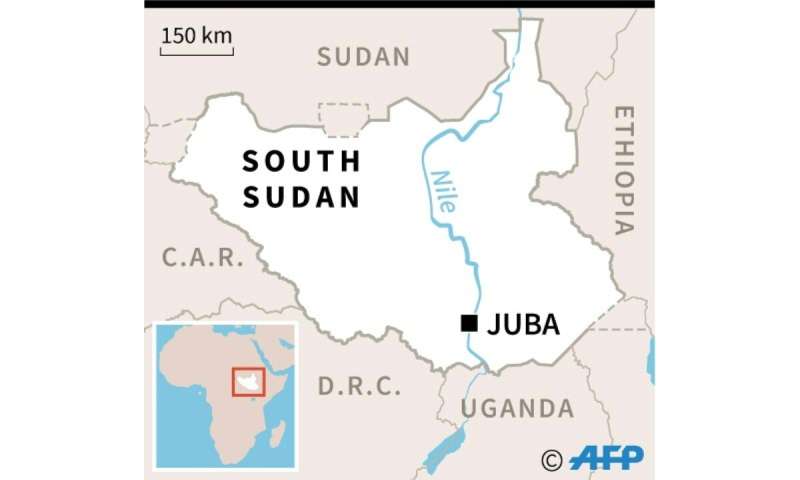 He said an argument had broken out the previous day in which one patient accused another of targeting her because of her tribe, and said she would “bring one of my relatives and shoot you all.”

For those who have used a prosthesis before, like Stephen, it takes only two or three days before they are ready to go home. But for new patients it can take a few weeks.

Other patients at the centre currently include a young man with severe scoliosis—a curved spine—who was being taken to school in a wheelbarrow until he was brought in to get a customised wheelchair.

Another was bitten by a snake and was not treated for almost two weeks, so his leg had to be amputated.

“We have a lot of children coming in,” said physiotherapist Oketta Robert Kanyara. “We have five children in the centre, shot in different styles… We have children shot while tied to their mothers’ backs.”

Five-year-old Laytol was probably bitten by a snake. Her mother comes from the Murle people, and the doctors have difficulty understanding the language. But they believe her leg “could probably have been saved” if she had got help in time. 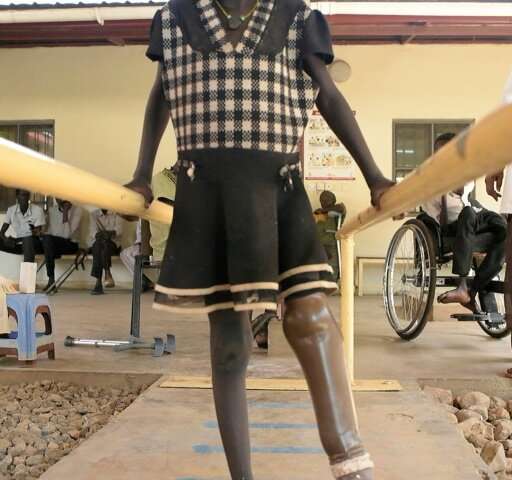 Laytol is trying out her new leg for the first time, balancing herself calmly between two metal bars.

Kanyara, the physiotherapist, said training children requires using games, as they do not understand the idea of shifting their weight and struggle to follow instructions.

But progress can be made. When the physiotherapist started work with Stephen, the boy who lost his leg in a landmine in 2013, the challenges were many.

“It was very, very difficult,” Kanyara said. “You tell him to do weight bearing, but he starts crying, so you have to go slowly.”