New pinprick blood test could prevent people having a stroke

A new sensor can identify within minutes patients who have suffered a stroke. Using a pinprick of blood, the test may also be able to show the severity of the stroke by measuring levels of a tell-tale compound in the blood.

Doctors hope the sensor, which is on trial at NHS hospitals, could save lives with its much quicker diagnosis.

It may also be used one day to identify people at greater risk of stroke and help prevent them.

Stroke is a leading cause of death and disability in the UK, with more than 100,000 cases a year — or one every five minutes.

Most cases (85 per cent) are ischaemic strokes, where a blood clot blocks the blood supply to the brain. 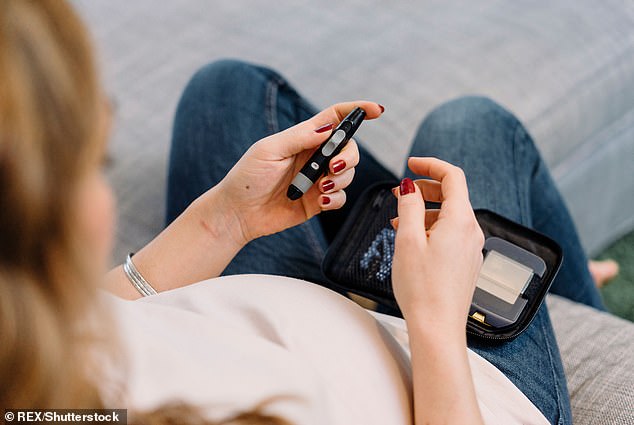 Identifying the condition and treating it promptly to restore the blood flow is essential to improve outcomes.

It is then treated with clot-busting drugs — but to be effective, these must be given within four-and-a-half hours of a stroke starting.

Currently, there is no quick way to identify the problem; on the patient’s arrival at hospital, CT scans are carried out to check for signs of a bleed on the brain, along with a series of other tests, but this can be time-consuming.

What’s more, one in three patients will actually be experiencing stroke ‘mimics’, conditions that have similar symptoms, including migraine, seizures and infectious disorders such as meningoencephalitis.

The result is that up to a third of stroke patients go undiagnosed in A&E, while half of suspected stroke patients identified by paramedics turn out to have mimic conditions, and up to 17 per cent of patients receiving clot-busting drugs have not had a stroke.

The new sensor could diagnose a stroke in minutes by detecting compounds in the blood called purines.

These are produced within minutes when cells are starved of oxygen and glucose, as occurs during a stroke. 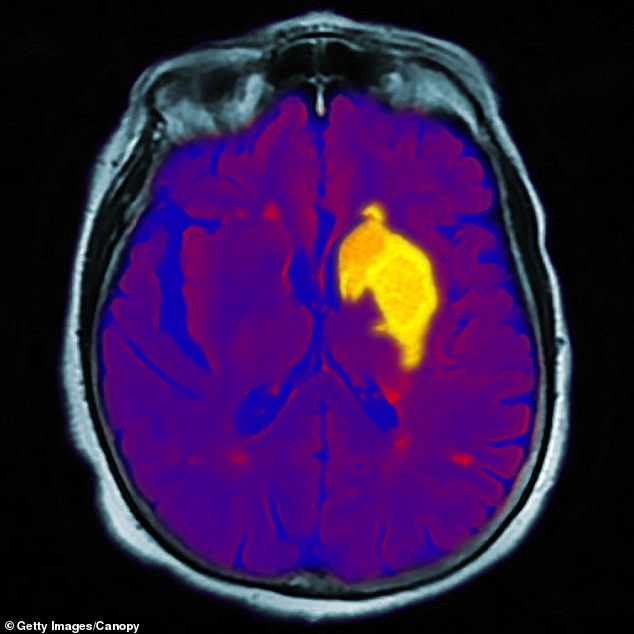 Stroke is a leading cause of death and disability in the UK, with more than 100,000 cases a year

The sensor, developed at the University of Warwick and on trial at University Hospitals Coventry & Warwickshire NHS Trust, can detect changing purine levels by analysing a pinprick of blood taken from the patient.

In a new trial involving nearly 400 stroke patients, blood samples will be taken at the time of admission to hospital to test for purine levels and doctors will look at whether the results correspond with the extent of the damage caused by the stroke.

CT scans carried out after admission will be used to assess the damage.

Commenting on the study, Dr Yaqoob Bhat, clinical director of stroke medicine at the Aneurin Bevan University Health Board, said: ‘Stroke is one of the most fatal medical emergencies and there is no specific blood test which helps in confirming the diagnosis.

‘This study is looking for purine levels in blood after a stroke and the outcome of this study will be very informative.

‘If proven clinically significant, purine levels may help in the diagnosis and management of acute stroke and differentiating this from stroke mimics.’