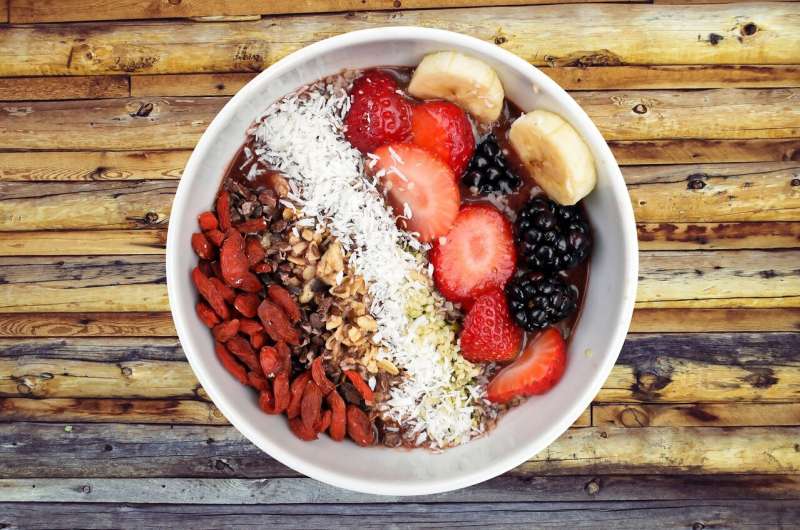 Researchers at Columbia University Mailman School of Public Health and colleagues evaluated whether dietary fiber intake was associated with a decrease in inflammation in older adults and if fiber was inversely related to cardiovascular disease. The results showed that total fiber, and more specifically cereal fiber but not fruit or vegetable fiber, was consistently associated with lower inflammation and lower CVD incidence. Until now there had been limited data on the link between fiber and inflammation among older adults, who have higher levels of inflammation compared with younger adults. The study findings are published in JAMA Network Open.

The research includes data from a large and well-characterized prospective cohort of elderly individuals, with detailed data on dietary intake, inflammation, and incidence of CVD. The research confirmed previously observed associations between dietary fiber and CVD and extended those investigations to include the source of the fiber, the relationship of fiber with multiple inflammatory markers, and to test whether inflammation mediated the relationship between dietary fiber and CVD.

Of the 4125 adults enrolled in the Cardiovascular Health Study from 1989 to 1990 participants received a food frequency questionnaire that was administered to those without prevalent CVD at enrollment and then were followed up visits for development CVD (stroke, myocardial infarction, and atherosclerotic cardiovascular death) through June 2015. Blood samples were assessed for markers of inflammation.

“Higher intakes of dietary fiber is associated with lower CVD risk. A common hypothesis has been that higher fiber intakes reduce inflammation, subsequently leading to lower CVD risk,” said Rupak Shivakoti, Ph.D., assistant professor of epidemiology at Columbia Mailman School. ‘With findings from this study, we are now learning that one particular type of dietary fiber—cereal fiber—but not fruit or vegetable fiber was associated with lower inflammation. With findings from this study we now are learning that cereal fiber has the potential to reduce inflammation and will need to be tested in future interventional studies.”

Although there are data to suggest that fiber in general might have anti-inflammatory effects by improving gut function, modifying diet and satiety (eg, reduced fat and total energy intake), and improving lipid and glucose profile metabolism, why cereal fiber but not vegetable or fruit fiber is associated with lower inflammation is not clear and warrants further investigation, noted Shivakoti. Further, he notes that it is not clear whether cereal fiber per se or other nutrients in foods rich in cereal fiber are driving the observed relationships.