In a recent study posted to the bioRxiv* server, researchers in Germany investigated the effectiveness of the antibiotic nitroxoline against the currently circulating mpox viruses, previously called monkeypox virus (MPXV). This antibiotic has been used in Europe for about fifty years and has been proven effective in fighting biofilm infections. 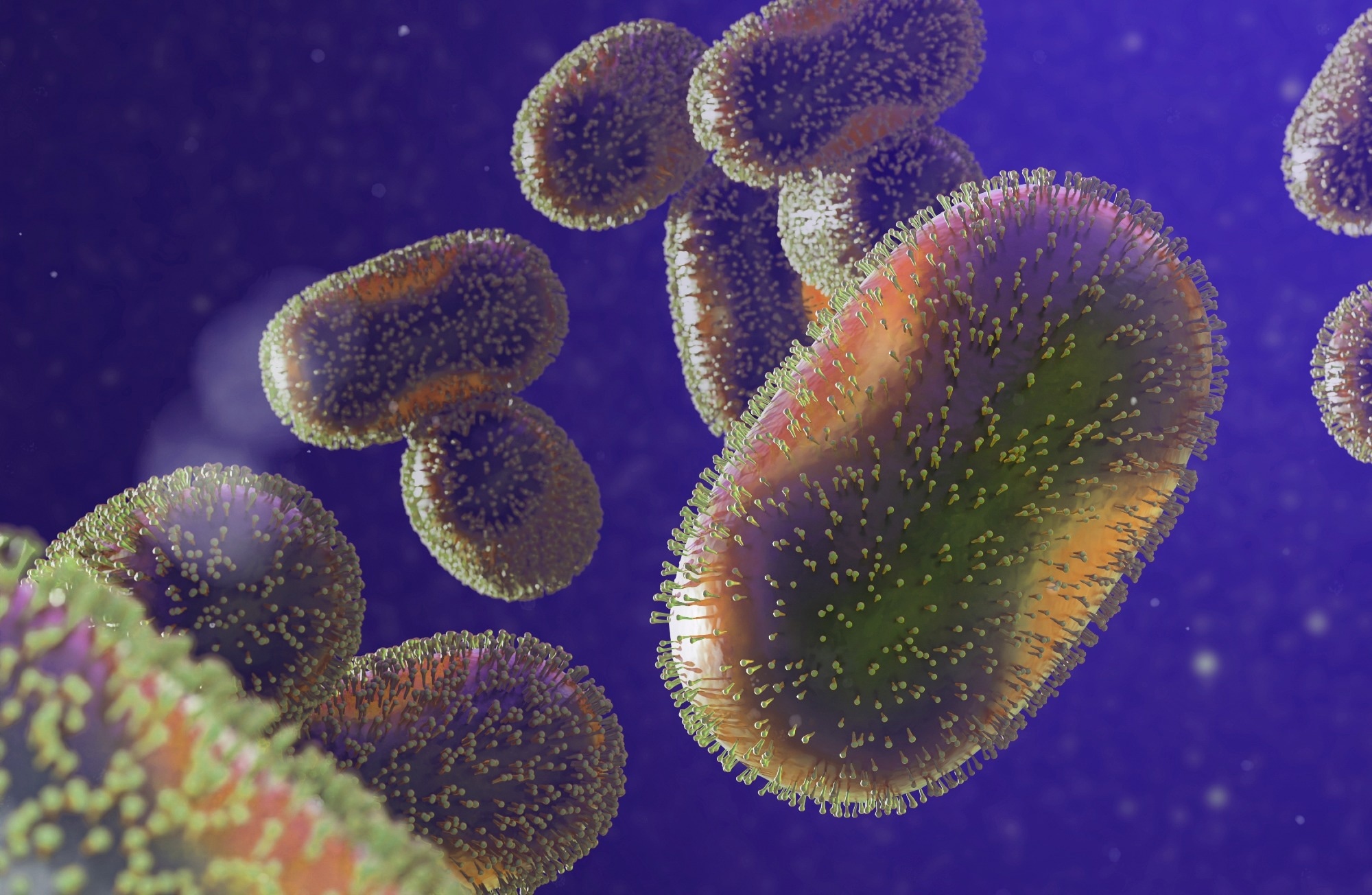 Study: Repurposing of the antibiotic nitroxoline for the treatment of mpox. Image Credit: Dotted Yeti / Shutterstock

Currently, mpox clade IIB is spreading globally through sustained human-to-human transmission outside its endemic region, Southern Africa. As a result, the World Health Organization (WHO) declared the 2022 mpox outbreak a public health emergency in July 2022.

Around 10% of mpox patients seek hospitalization for treatment of pain and bacterial superinfections. The current mpox outbreak has a unique clinical presentation, and there is no evidence of which drugs are clinically effective against it. However, clinicians are using three antiviral drugs, brincidofovir, cidofovir, and tecovirimat, for their treatment. Unfortunately, Brincidofovir and cidofovir produce toxic side effects. Likewise, tecovirimat availability is limited and affected by resistance formation. Indeed, there is an urgent need for additional and more effective drugs for mpox disease treatment.

In the present study, researchers investigated whether nitroxoline, 8-hydroxyquinoline-derivative, currently used as the first-line drug therapy for urinary tract infections, could effectively combat mpox viruses. Specifically, they studied the effects of nitroxoline on the 12 mpox virus isolates, especially their replication activity, in a skin explant model.

The researchers chose this antibiotic drug as a repurposing candidate because it is known to inhibit two signaling pathways [e.g., mechanistic Target of Rapamycin (mTOR)], which are critically involved in orthopoxvirus replication. Moreover, it displays a favorable safety profile and exceptional activity against Gram-negative bacteria and fungi.

IHC staining showed that nitroxoline inhibited mpox viral isolates in both skin cultures, albeit in a dose-dependent fashion. Accordingly, IC50, the antibiotic concentration that inhibited mpox virus infection by 50%, ranged between 2.4 and 4.6 µM in HFF and 0.5 and 1.5 µM in HFK, respectively.

Interestingly, time-of-addition experiments showed that nitroxoline inhibited mpox virus infection similarly when added two hours post-infection and simultaneously with the mpox virus. It indicated that it interfered with the mpox virus replication cycle post-viral entry. Basically, it only reduced virus titers when added after the virus absorption that occurred in two hours time window. Experiments with split-thickness human skin grafts showed that  10µM of nitroxoline treatment reduced the number of mpox-infected cells substantially.

Of all nine nitroxoline analogs, compounds 1, 7, and 9 displayed a comparable not superior antiviral activity as nitroxoline. These three harbored halogen ions and a hydroxy group at positions 5, 8, and 9, respectively. Notably, compound 9, a clioquinol, is also under clinical investigation as a treatment for skin infections.

Furthermore, the researchers established a tecovirimat-resistant mpox virus strain, MPXV1r TECO. It was also sensitive to nitroxoline at therapeutically achievable concentrations. In contrast, they could not develop a nitroxoline-resistant mpox virus strain using the same approach, thus, indicating that drugs directly targeting virus proteins are not associated with reduced resistance formation.

Overall, nitroxoline effectively inhibited the replication of 12 mpox virus isolates from the current mpox outbreak, with IC50s between 0.5 and 4.6µM but well within the range of therapeutic plasma levels. Nitroxoline also exhibited additive antiviral effects with tecovirimat and synergistic effects with brincidofovir. Notably, its antiviral and antibacterial mechanisms of action differed substantially. For instance, it exerted its antibacterial effects by chelating metal ions, such as Fe2+ and Mn2+.

To conclude, nitroxoline is a good repurposing candidate for mpox disease treatment and might also help control and prevent future global outbreaks. Further research could unravel nitroxoline analogs with a higher anti-mpox virus activity than nitroxoline.

Neha is a digital marketing professional based in Gurugram, India. She has a Master’s degree from the University of Rajasthan with a specialization in Biotechnology in 2008. She has experience in pre-clinical research as part of her research project in The Department of Toxicology at the prestigious Central Drug Research Institute (CDRI), Lucknow, India. She also holds a certification in C++ programming.