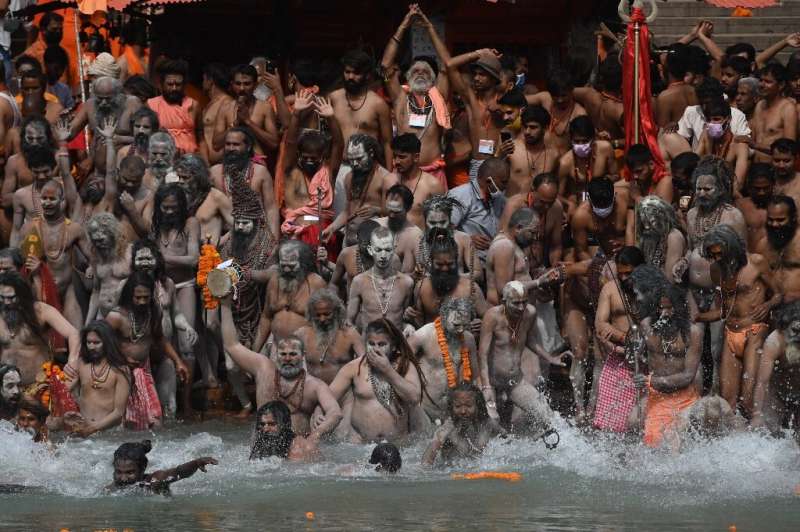 Hundreds of people have tested positive for coronavirus in India at the site of the world’s biggest religious festival, officials said Wednesday, as huge crowds of mostly maskless Hindu devotees descended on the River Ganges.

The virus was detected in more than 1,000 people in just 48 hours in the city of Haridwar, which lies along the holy river where the Kumbh Mela is being observed, officials said.

The government on Wednesday postponed high school exams for 15 to 18-year-olds, which were to be held in May-June, amid the resurgence of the virus.

Despite rising virus cases, pilgrims have gathered in huge numbers to take part in the holy celebration.

On Monday and Tuesday, a huge crowd of worshippers were cheek by jowl as they packed the river’s banks to take a dip in the waters as part of a bathing ritual.

“Our faith is the biggest thing for us. It is because of that strong belief that so many people have come here to take a dip in Ganga,” Siddharth Chakrapani, a member of one of the Kumbh Mela organising committees, told AFP.

“They believe that Maa (mother) Ganga will save them from this pandemic.” 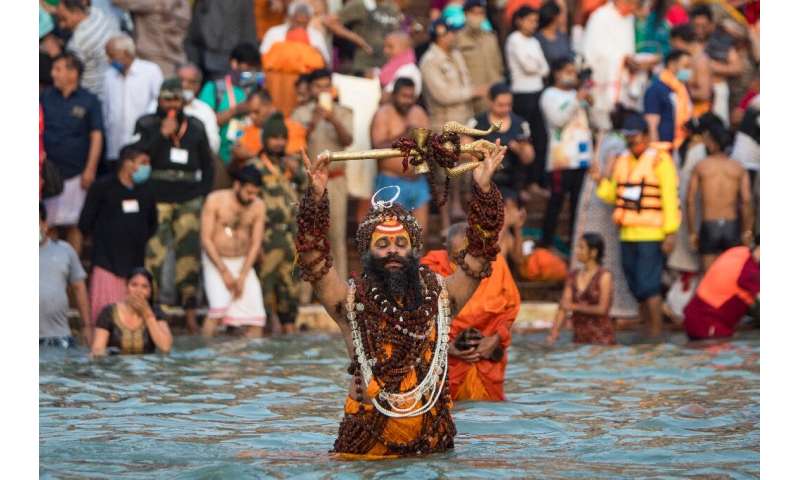 Of some 50,000 samples taken from people in Haridwar, 408 tested positive on Monday and 594 on Tuesday, the Uttarakhand state government said.

The latest figures came as Yogi Adityanath, the chief minister of neighbouring state of Uttar Pradesh, tweeted on Wednesday that he had tested positive for COVID-19.

India overtook Brazil this week to become the country with the second-highest number of COVID-19 cases in the world.

The vast nation of 1.3 billion people on Wednesday reported more than 184,000 infections in the past 24 hours—the biggest single-day rise since the start of the pandemic—to take the total to almost 13.9 million cases.

India’s daily death toll passed 1,000 on Wednesday for the first time since mid-October.

Local authorities have imposed night curfews and clamped down on movement and activities.

In India’s financial capital Mumbai, where the Maharashtra state government has imposed tougher lockdown measures, migrant workers at a train station said they were leaving for their homes in other states after the tighter restrictions were announced.