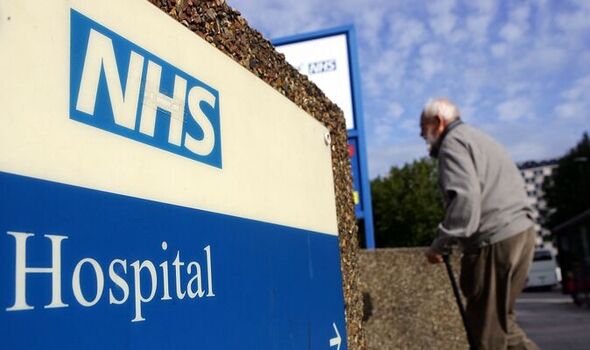 It found only a quarter of over-55s would have raised concerns during the pandemic if they experienced poor care, compared with a third of under-55s. Now that the worst of Covid has passed, 44 percent of over-55s said they would complain.

But this was still lower than the 48 percent of under-55s, revealed the survey for the Parliamentary and Health Service Ombudsman (PHSO).

The watchdog said the trend during the height of Covid was probably because patients have respect for the NHS and understood the difficulties it was dealing with. But it is urging older people to come forward if they have gripes so they can be investigated.

Ombudsman Rob Behrens said: “The NHS was under enormous pressure and strain during the pandemic and the public rightly supported all their hard work.

“The hesitancy to complain during the pandemic is no doubt connected to the public’s understanding of and respect for the NHS at the time.

However, it’s vital that lessons are learned about how to improve our health services both in normal and extraordinary circumstances.

“Especially as another pandemic or national emergency is inevitable at some stage.”

The survey of 2,087 patients conducted by Yonder found that three-quarters of those who had used NHS services during the pandemic were satisfied with the service they received, while 12 percent were not and the rest neutral or uncertain.

Of those who were unhappy, more than two-thirds did not make a complaint.

The unemployed were less likely to moan about it with only a quarter speaking up compared with a third of those who work.

Only about one in five in rural areas complained compared with one in three of those in urban areas.

The PHSO makes final decisions on gripes that have not been resolved by the NHS, government and other public organisations.

Mr Behrens added: “I urge all public bodies, not just those in health, to ensure they are doing all they can to make it easy for people to complain and to welcome those complaints as a way to develop their services.”