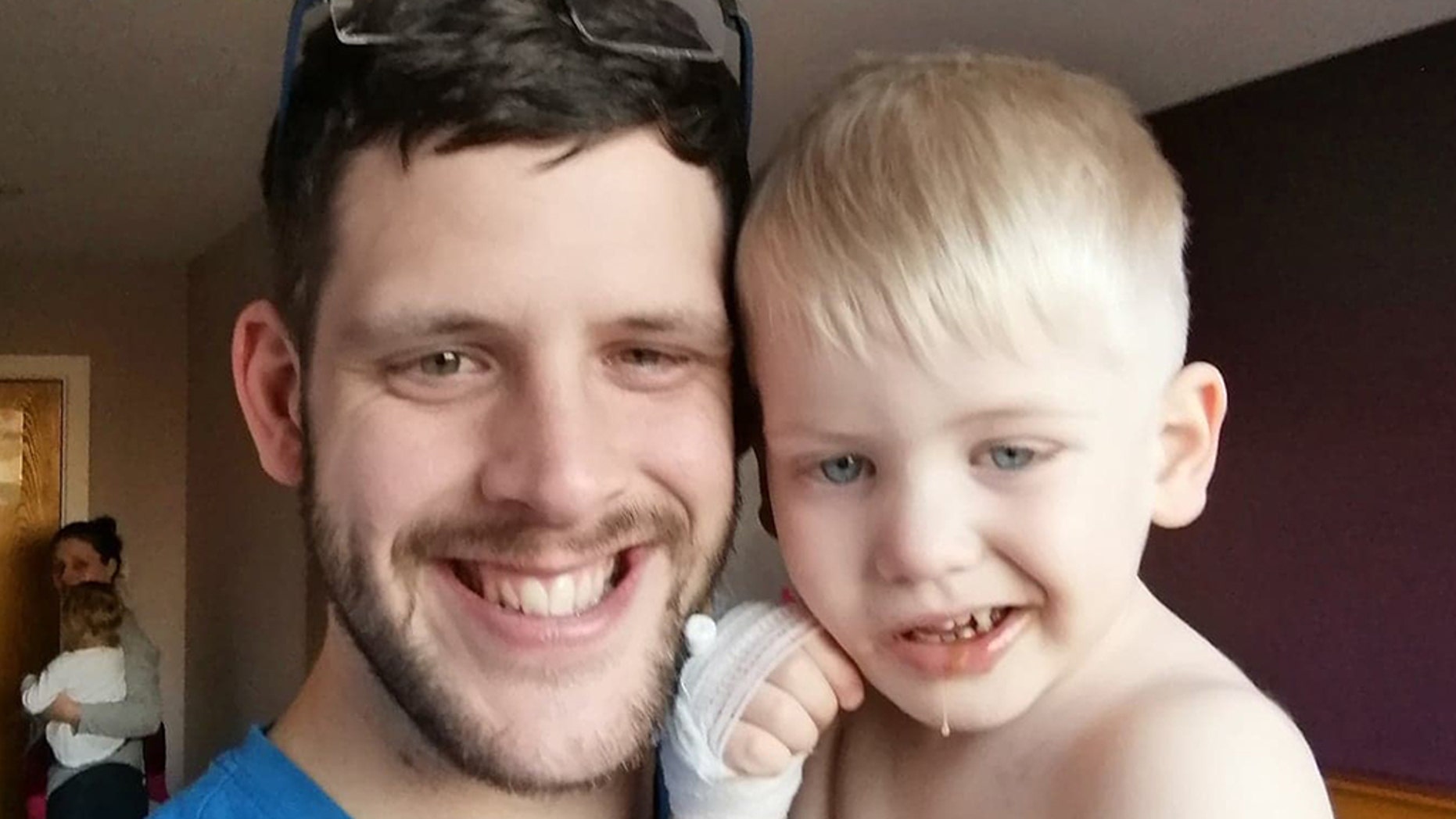 Wesley Lacey, 28, with his son Jack, said that they initially believed the boy’s crooked smile was an imitation of someone else.
(Caters News Agency)

The heartbroken parents of a 3-year-old boy in the U.K. said that when they noticed that their son was flashing a new, crooked smile they simply thought that maybe he was imitating someone he had seen.

“We didn’t take any notice because it was gradual, we just thought it was funny, but this is his new smile,” Wesley Lacey, Jack’s father, said, according to The Sun.

But Lacey said that Jack then started walking with his arms outstretched, as if to brace his fall or feel his surroundings, and also began blinking persistently. The boy also began suffering from night terrors, which led them to seek the help of a doctor.

Jack was sent to Sheffield’s Children’s Hospital where doctors discovered an aggressive brain tumor and diagnosed him with diffuse intrinsic pontine glioma (DIPG). The highly aggressive and difficult to treat brain tumors are found in the pons area of the brainstem, which controls breathing, blood pressure and heart rate, according to Dana-Farber Boston Children’s Cancer and Blood Disorders Center. 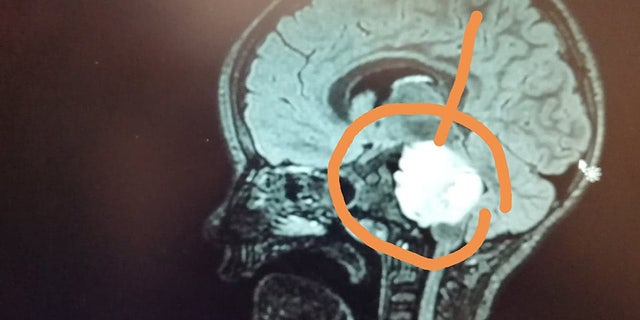 Doctors discovered an aggressive brain tumor and informed Jack’s parents that he likely has between six months and one year to live.
(Caters News Agency)

DIPG accounts for 10 percent of all childhood nervous system tumors, and are typically diagnosed in children between the ages of 5 and 9, but can occur in kids of any age. Symptoms may first present as issues with eye movements, facial expressions, speech, chewing, swallowing, problems walking or weakness in the arms and legs. According to the center, prognosis remains very poor.

He had a biopsy of his tumor and was fitted with a portacath before beginning radiation and chemotherapy to slow the tumor’s growth.

Last week, doctors reportedly informed Lacey and Jack’s mom, Rebecca Oldham, that their boy has between six months and a year to live.

“We are broken,” Lacey said, according to The Sun. “The news has been the darkest time of our lives, I can’t even begin to think about him not being there. He hasn’t got any relatives who have passed away, there’s no one waiting for him.”

Lacey said his son’s symptoms came on within a four-week span, but that they figured Jack was developing his own persona. The family, which includes Jack’s 2-year-old sister has returned home, but say that the medication is changing their son.

“His behavior is not what it should be,” Lacey said, according to The Sun. “The other day he croaked to his mom that he will stop wobbling when he walks if he can go home.”

A GoFundMe page said they are focused on creating memories and taking him day trips.