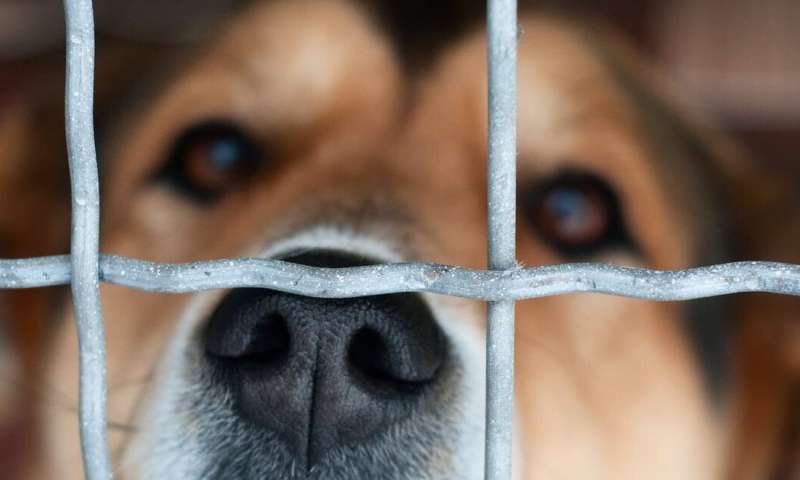 Animal welfare experts warn our pets could suffer during the coronavirus pandemic, including from abuse or abandonment.

When we hear about animals being neglected, we’re often outraged. Consider the revelation of the mistreatment of racehorses at a Queensland abattoir, or the man who decapitated a kookaburra. These stories left many of us shocked and appalled.

But harm to animals is common in our society. Tens of billions of animals are killed in farms and slaughterhouses every year. Their deaths are sometimes truly horrific. Humanity’s relationship with animals is dysfunctional: humans love animals yet simultaneously perpetrate extreme violence against them. This is not only bad for animals. It’s bad for us too.

But humans and animals cannot simply end their relationship and part ways. We have to share a world. So we have to forge a better relationship. The hard question is: what shape should that new relationship take?

Differing standards for humans and for animals?

Here’s an ethics thought experiment. Five humans are dying of organ failure. The only way to save their lives is to kill one healthy person, harvest their organs, and transplant these into the five dying people. Is it morally acceptable to kill the one to save the many?

If you’re like most people, your answer is a firm “no.” Humans have a right to life and can’t be killed in service of the greater good. This is an example of what’s known as a deontological judgment.

But now let’s change the scenario. Suppose you are the manager of a sanctuary for chickens. An infectious virus is spreading through the sanctuary and you have to decide whether to kill one infected chicken or allow the virus to spread throughout the sanctuary, killing a larger number. Now what?

When confronted with the chicken scenario, many will say it’s acceptable to kill the one to save the many. Your responsibility as manager of the sanctuary is to promote the aggregate health and well-being of all the chickens in your care. If this means you have to kill one chicken to save many more, so be it. This is an example of what’s known as a utilitarian judgment.

Animal activists put to the test

At an animal activist conference in Melbourne last year (before the pandemic) we divided the audience into small groups and gave them different scenarios featuring different species.

That tendency has been observed in many contexts. Robert Nozick influentially discusses a bifurcated view along these lines in his 1974 classic Anarchy, State, and Utopia. But the question of whether such a view can be attributed to ordinary people is only recently being rigorously studied by psychologists such as Lucius Caviola at Harvard University.

Beyond psychological research, we can look to institutions for evidence that this sort of bifurcated view is widespread, as we have argued elsewhere.

For example, when animals are used in scientific experimentation, researchers are mainly expected to show the benefits outweigh the costs: a utilitarian standard.

But when humans are used, characteristically deontological considerations, such as consent and autonomy, are brought to bear; a cost-benefit analysis isn’t enough.

So we tend to be more utilitarian about animals than about humans. Yet we also don’t see all animals from a purely utilitarian perspective. Think about your family dog. Would your conscience allow you to kill her to save five other dogs?

The upshot: humans seem to be capable of seeing animals in at least three very different ways.

First, we’re able to regard animals as objects that exist solely for the sake of our use and enjoyment and that don’t matter in themselves. For an example, consider the way the fishing industry treats bycatch as disposable.

Second, we’re able to regard animals as beings who matter in themselves yet who are fundamentally interchangeable with others. That’s a utilitarian perspective. It’s the perspective you occupy when you endorse killing one pig to save five. Such a view is defended by world-renowned Australian philosopher Peter Singer, among many others.

The future of human-animal relations

Currently, many of us see most animals as mere things, the way fishermen typically see bycatch. And this might continue into the future.

But that’d be a tragedy. Despite their differences from humans, animals are conscious individuals with their own welfare, and so do matter in themselves. Recognizing this will be an essential step in reducing the tremendous amount of unnecessary suffering and death that humans inflict on animals.

The simple recognition that animals are not mere things is in itself of massive importance, but it’s also only the beginning of the work we have ahead of us. As a society we must confront deep and difficult questions about whether animals have moral rights and, if so, what those rights might be, and how (if at all) their rights differ from those of human beings. Philosophers have been debating such questions for decades but haven’t reached consensus (yet).

Related posts:
Tags: animals, cruelty, do, Hate, It, people, so, to, We, Why
Medications
Health Problems