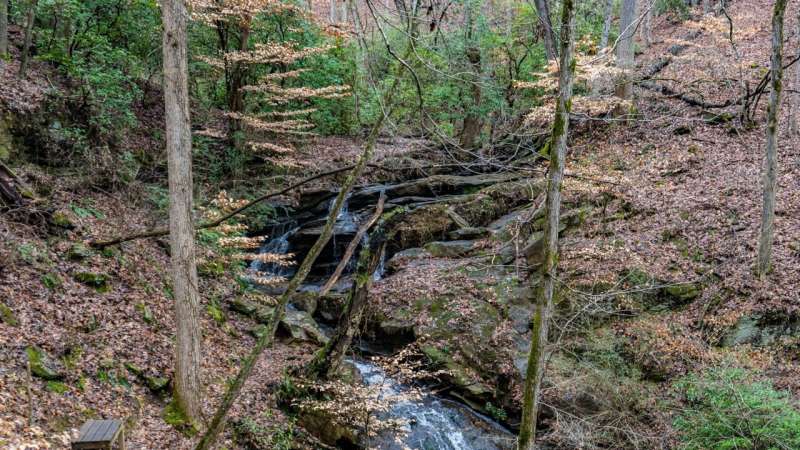 A Clemson University faculty member collaborating with researchers from Kaiser Permanente Northern California Division of Research has found that nature’s benefits may include savings on health care costs.

The research, published March 17, 2022 in Environment International, suggests health care systems may spend hundreds of dollars less per person per year on medical care for people living in neighborhoods with the most green space than they do on those living near areas with the least trees, shrubs and grass.

Matthew H.E.M. Browning, assistant professor in the Clemson University Department of Parks, Recreation and Tourism Management, and director of Clemson’s Virtual Reality & Nature Lab, served as co-author and Principal Investigator on the study.

“Our study adds to the growing body of literature that has found living in greener areas is tied to beneficial short- and long-term health outcomes,” Browning said. “The mechanisms linking nature and health are very diverse, but the benefits are believed to be in part because being in green space can decrease stress, promote healthy behaviors, and improve air quality.”

The researchers used Normalized Difference Vegetation Index (NDVI) satellite data to determine the amount of green space within 250, 500, and 1,000 meters (820, 1,640, and 3,280 feet) of the home address of more than 5 million people who were Kaiser Permanente Northern California members for at least 2 years between 2003 and 2015. Then, they used data from the Fire and Resource Assessment Program, a measure of the tree canopy that is used for fire risk management, as a second measure of green space.

Next, they determined the individual care costs for each patient. The costs they used in their analysis reflected how much Kaiser Permanente, an integrated health delivery system, spent to care for each patient, not how much each individual spent. In their analyses, the researchers took into account age, gender, race/ethnicity, air quality, and extensive neighborhood characteristics such as income, education level, housing density, and population density.

According to Stephen K. Van Den Eeden, the study’s lead author and a research scientist at the Kaiser Permanente Northern California Division of Research, the study found that on average, people who lived near greater amounts of green space were more likely to be older, male, white, and have higher income and education levels. But even after taking this into account, the research showed the annual average health care cost was $374 lower per person per year for those living near the most green space than it was for those living near the least green space.

“Our study showed that across the whole range of neighborhoods there was a consistent pattern between living in areas with more green space and lower health care costs,” Van Den Eeden said. “We believe the findings suggest that expenditures on medical care may be hundreds of dollars more each year for people living in neighborhoods with less green space.”

Browning said that the findings support ongoing public policy efforts to add more green space to residential areas and investments in urban greening for preventative health as well as all the other collateral benefits green space has to offer. Van Den Eeden said that although the study could show only an association and not causation, it was important to note that they had accounted for the known factors that could sway the results.

“We put everything into the model that might explain the findings—demographic variables, socioeconomic variables, population density—and none of it makes the association go away,” Van Den Eeden said. “We feel about as confident of our findings as you can be for this type of study.”