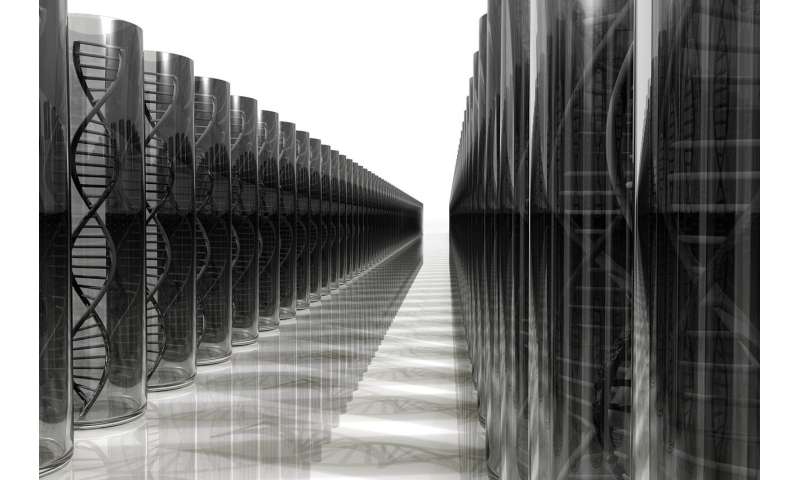 The study, published today in Nature Genetics, led by King’s College London, UCL and Kaiser Permanente in the USA, with the participation of the 23andMe, the genomics consumer company, found the ways in which genetics can play a part in myopia.

The study analysed the DNA in relation to the eyesight and degree of myopia in over half a million volunteers. The study identified about a thousand genetic variations in almost 450 genes which appeared to account for many cases of moderate or severe myopia in the population.

It found that the condition, which affects a third of the population in the United Kingdom, can be caused by the mechanisms by which light signals are transmitted by the retina in the eye to the brain. This study also showed other parts of the eye that transmit light are also involved. The findings of genetic markers may lead to being able to predict the condition in children.

Genes that participate in the maintenance of circadian rhythm were shown to be important in myopia and genes responsible for pigmentation of the eyes, hair and skin, were also associated.

Dr. Pirro Hysi, from the School of Life Course Sciences, King’s, said: “Myopia is an amazingly complex disorder, and for the first time we now have enough of the jigsaw pieces that the biology is becoming clear.”

Myopia is commonly passed on from parents to children and genetics can reveal previously unknown myopia-causing mechanisms that may inspire future treatments. The study found that genes involved in the circadian rhythm—the inner biological clock regulating our 24-hour long sleep and wake cycles—could be an important factor.

Professor Jugnoo Rahi, from UCL Great Ormond Street Institute of Child Health, said: “Changes in day and night cycles are a possible explanation for the previous observations that myopia is more common in those who spend less time outdoors.”

Dr. Eric Jorgenson, from Kaiser Permanente North California said: “We previously knew that some severe genetic disorders affecting pigmentation caused changes at the back of the eye and resulted in severe myopia, but the strength and extent of the association between pigmentation and myopia in the general population was surprising.”

If patients inherit enough genetic variants underlying these processes, short-sightedness will develop. For the first time, a genetic model based on the identified DNA variants successfully predicted up to 75% of myopia in the participants tested.