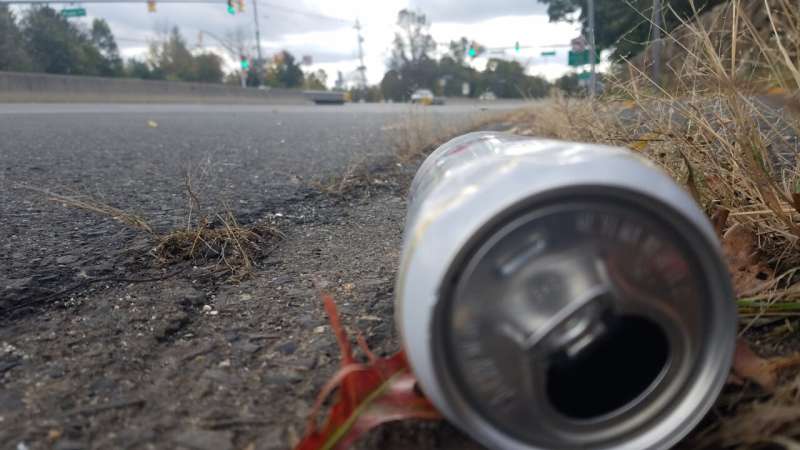 Using alcohol to cope with negative emotions after military deployment is known to be common among active-duty servicemembers. But a new study in the Journal of Studies on Alcohol and Drugs suggests that reservists who return home after deployment may face similar risks—possibly with less support.

Further, the situation might be more troublesome for reservists who were exposed to combat.

“Combat events, such as having engaged in direct combat and experienced combat trauma, may precipitate a great deal of personal discomfort (‘moral injury’), necessitating some form of self-soothing, such as excessive alcohol use,” says study author James Griffith, Ph.D., a faculty member and research fellow at the University of Utah’s National Center for Veterans Studies.

In his research, Griffith looked at survey responses from Army Reserve National Guard soldiers who had recently returned from Operation Iraqi Freedom in 2010.

Griffith used data from more than 4,500 reservists who responded to the U.S. Army’s Reintegration Unit Risk Inventory. The anonymous survey includes 80 questions about alcohol and drug use, as well as other aspects of the soldiers’ lives, such as criminal behavior, interpersonal relationships, social support and psychological distress symptoms.

He compared their responses to those of reservists who were serving their traditional part-time military role, as well as to previous research on deployed active-duty military personnel.

The most impactful factor was exposure to combat during deployment, which was associated with greater alcohol use.

Griffith says that the nature of the reserve system may help contribute to its members being at higher risk for alcohol use. Most of the time, reservists typically serve one weekend a month and 15 annual active-duty training days. When called up, they serve full-time for a period of about one year. And in the recent Iraq and Afghanistan wars, reservists constituted about 30% to 40% of the U.S. force.

Griffith says more needs to be done to help recently returning, deployed reservists, such as more thoroughly assessing alcohol risk. He also points out that the risk of unhealthy alcohol use is greatest within one year of returning—suggesting that a postdeployment educational program for servicemembers and their families on the risk factors for alcohol use could be helpful.

“Content would familiarize participants with indicators of unhealthy alcohol use and possible follow-up actions for those at risk,” he says. “Specifically, information and guidance for obtaining informal and formal behavioral health care might be provided when soldiers are initially screened risk positive for alcohol misuse.”

Special care needs to be taken to assess the emotional state of soldiers who have had traumatic combat experience, says Griffith, since they are at especially high risk of alcohol misuse.