Early retirement may ACCELERATE dementia because you don’t use your brain as much, study suggests

Early retirement sounds like a dream for most of us — but it may actually increase the risk of dementia.

A study on people in rural China has found that people who stop working at around 60 years old suffer sharper cognitive decline than their peers.

Researchers believe that most people’s brains are more stimulated while working and socializing in an office or work environment. 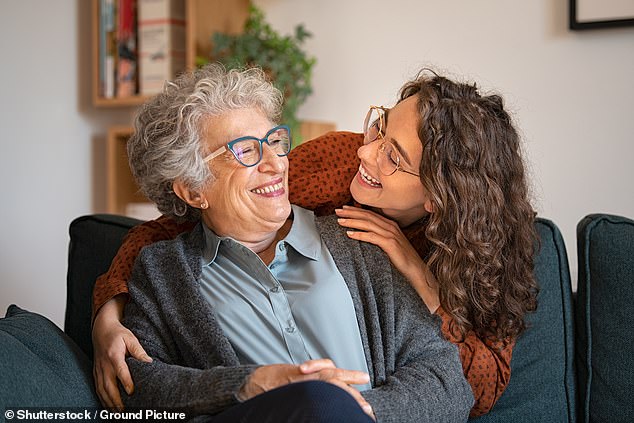 A grandmother smiles while spending time with her granddaughter

The NRPS was created in 2009 to provide income support for the elderly, made up of both contributions from the central government and voluntary contributions.

Individuals can start participating in the program at 16 years old.

To this day, nearly all rural residents in China who are 60 years old and older are eligible for the pension program, which is a voluntary opt-in rather than compulsory.

‘The program was introduced because of China’s rapidly rising aging population and in an effort to alleviate poverty in old age,’ said Plamen Nikolov, assistant professor of economics at Binghamton University, State University of New York (SUNY), in New York and lead author of the study.

Questions were asked about complex financial decisions, their health, and long-term care decisions.

Participants in the pension program reported a reduced incidence of regular alcohol drinking compared to the previous year, which the researchers said was positive.

But they also found that the participants reported lower volunteer and social interaction rates than the non-beneficiaries.

The study revealed the greatest indicator of cognitive decline was delayed recall, a measure commonly associated with predicting dementia in a patient.

‘Individuals in the areas that implement the NRPS score considerably lower than individuals who live in areas that do not offer the NRPS program,’ stated Nikolov.

The team said they could not be certain that early retirement was the true cause of the cognitive decline, and they are not ruling out other lifestyle and socioeconomic factors.

But Nikolov said there is no doubt that elderly people should take part in social activities to prevent dementia.

‘Social engagement and connectedness may simply be the single most powerful factors for cognitive performance in old age.

Dementia is an umbrella term used to describe a range of progressive neurological disorders (those affecting the brain) which impact memory, thinking and behaviour.

There are many types of dementia, of which Alzheimer’s disease is the most common.

Some people may have a combination of different types of dementia.

Regardless of which type is diagnosed, each person will experience dementia in their own unique way.

The Alzheimer’s Society reports there are more than 900,000 people living with dementia in the UK today. This is projected to rise to 1.6 million by 2040.

Alzheimer’s disease is the most common type of dementia, affecting between 50 and 75 per cent of those diagnosed.

But new drugs can slow down its progression and the earlier it is spotted, the more effective treatments can be.